UnityThread is an utility script that allow you to register tasks to be run on the next Update/LateUpdate/FixedUpdate loop, from any thread.

Open your Packages/manifest.json file and add the npm as the registry, with the scope “com.ngtrhieu” as followed: 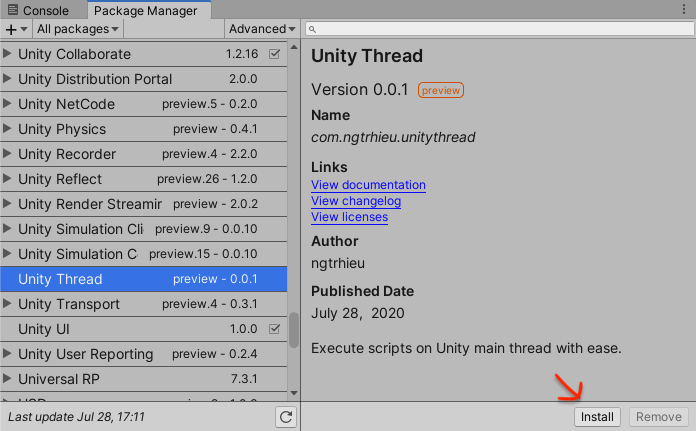 You will need to call CreateUnityThreadInstance() before accessing any UnityThread API.

Schedule your code to be executed on the next Update/FixedUpdate/LateUpdate loop simply by doing:

All discussions/pull requests are welcome.

This code has been circulated and adopted among my team so I couldn’t remember where we originally took this from. The earliest resemblance I can find is in this StackOverflow, so I would like to give credits to this answer.

Show all projects by ngtrhieu