"Hello World!" for Unity with some basic particle physics

You’ve probably heard that all known life is carbon-based because, with physical constants being as they are, carbon is the only element that can form long chains which are needed to support complex life. You were probably also wondering what would happen if you could just freely toggle the physical constants: how would things evolve if other elements would form chains, or if instread of forming chains they would preferably form rings, or clumps, or whatnot…

Here we’re not going to tackle the really big questions, instead we’re going to explore charged particle interaction using some fairly simple high-school physics. Turns out, this can also be pretty enlightening:

Here are some basic details about this particle sandbox:

If you want to tinker with the code and test the result you’d need to have Unity 2018 or higher installed.

If you just want to play with (over-)simplified particle physics - you’re good to go.

If you want to tinker with the code, instead of cloning this entire repo it would be easier to make a new project in Unity and import this project’s asset package.

To do that first download the asset package file (ParticlesAssets.unitypackage) to a new directory (e.g., particles_assets): In your terminal:

Next, go to Unity and create new project:

In your new project inspector go to Assets/Import Package/Custom Package and navigate to your newly downloaded ParticlesAssets.unitypackage 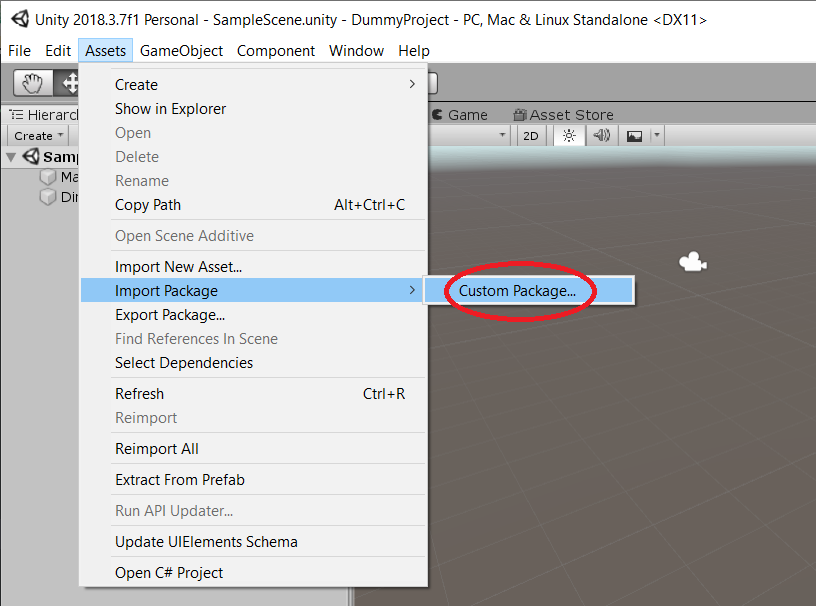 You should now have all the necessary files. To confirm that everything went as expected hit the Play button and toggle the controls.

If you just want to play with this sandbox, download one of the ...Build.tar.gz archives and run the executable file:

If you have Windows machine download and unpack Builds/ParticlesWindowsBuild.tar.gz:

This sandbox was largely inspired by the amazing people from gamedevtv!
The starry background is taken the Game Physics course materials.

Show all projects by axyorah