A wrapper around the SoundCloud® API for use in Unity projects.

A wrapper around the SoundCloud® API for use in Unity projects.

STATUS: NOT READY. Don’t try to use this yet. It doesn’t work. 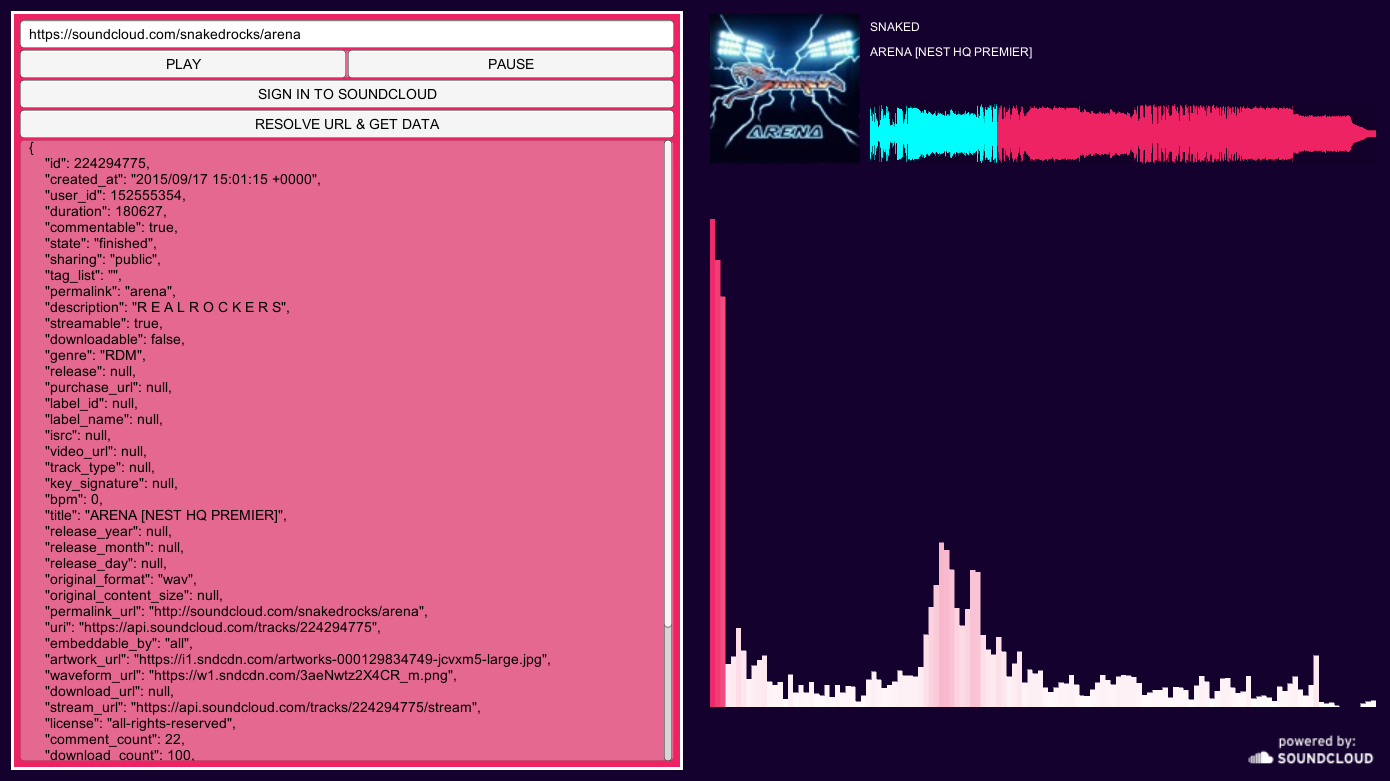 Use of the SoundCloud API in your game requires you to meet SoundCloud’s Terms of Use and Attribution Guidelines. These requirements include but are not limited to:

An attempt has been made to document in this library’s code things that are done to comply with the API Terms of Use. Please do not attempt to remove these features.

If you encounter an issue with this, you can try applying for an increased rate limit here - no clue about the success rate of those who apply. Alternatively, you could try modifying this library to allow users to enter their own application client ID which would allow individual users to stream 15,000 sounds per day rather than all users using the same client ID and being limited to 15,000 streams per day among all users.

All code in this repository (soundcloud-unity) is made freely available under the MIT license.

Show all projects by Chaser324