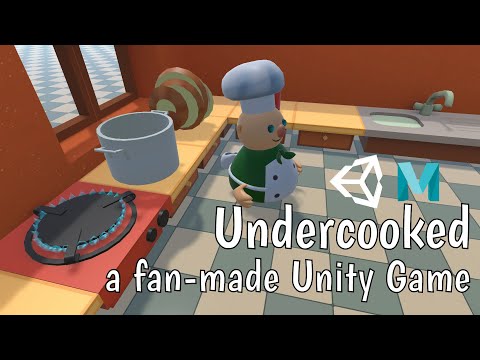 Disclaimer: Undercooked is a fan-made game, inspired by one of my favorite franchises: Overcooked, an amazing couch-coop game. All assets were created from scratch by me. This project doesn’t have any commercial goals or any legal affiliation with the original game or company. This project is meant only as a fun and challenging exercise of recreating a proven game without worrying about game design, focusing on programming and art creation, forcing myself out of “tutorial-hell”.

In Undercooked, we have to process ingredients (chop & cook), mount them into plates, and finally serve the orders as they pop out as fast as you can, thus earning more points.

More complexity arises from twists on the levels, like physically separating parts of the kitchen or adding obstacles, different recipes, and processes. Still, for this project, I set a clear goal to keep the scope small by building all the core mechanics to have a tight game loop using just one level.

Show all projects by daltonbr