The game Fight is a 3d multiplayer game. This game is built upon the Unity3d game engine. The objective of this game is to fight the opponent and win.
App Link Android: https://drive.google.com/file/d/1o6oKv7AC4TTkxTvRxYuknuteEUVRiXjj/view?usp=sharing
App Link Windows: https://drive.google.com/file/d/148Ig8l-EgBYXaxaMr7MRjwNoB6adUope/view?usp=sharing

Fight is a 3d, third person, multiplayer, one vs one fighting game. In this game one can only fight another real player and not AI. Players connects via Wi-Fi hotspot and then fight each other to death!

The main focus of this game is the Multiplayer system so that player can fight another real player (most likely friend!) and not an unsmart AI. The fight happens in an enclosed arena. After a math finishes the defeated player can request a rematch to the other player. Here are some key components of the game-

The game features a variety of things. Here are some of the most noticeable features-

For two players to fight each other, both users must be in the same Wi-Fi network. If there is no Wi-Fi in the area, then any one of the users must turn his device’s hotspot on and let the other user connect to that hotspot. It is required to have a stable connection between the two devices. Now the users can both open the game in their corresponding devices.
After the game opens, in the home screen there will be two buttons. One is HOST and the other is JOIN.
Now one user will have to click the HOST button. After clicking the HOST button, the character will appear in an arena. 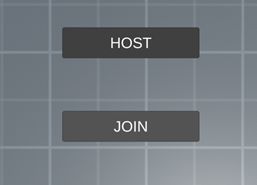 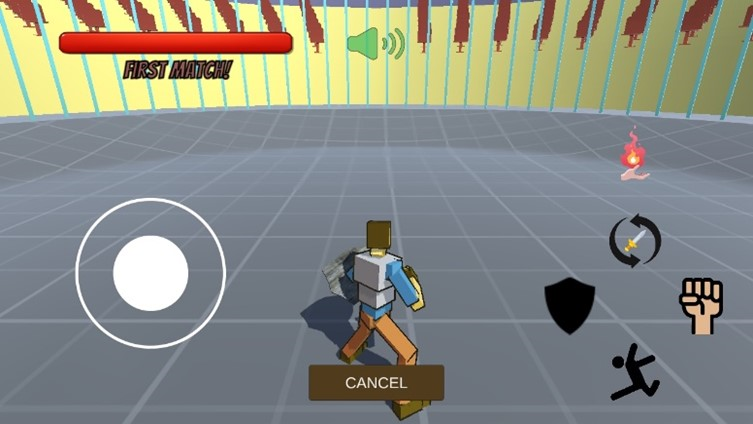 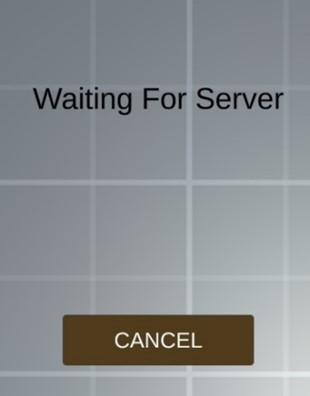 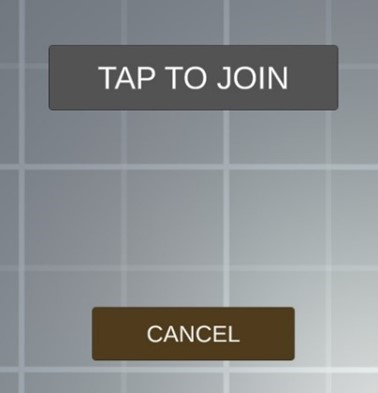 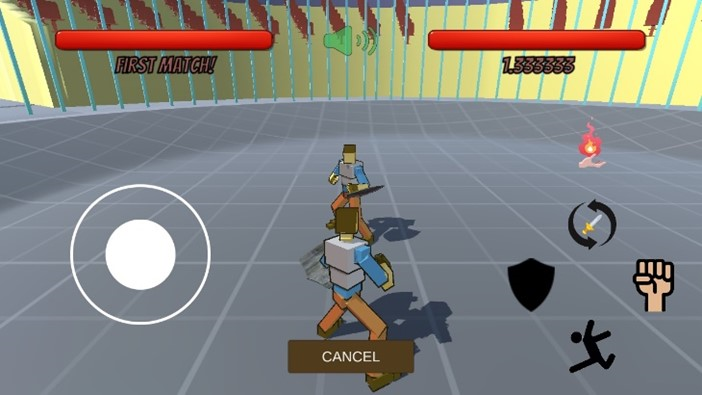 After clicking CLICK TO ENTER the other player will also join the arena. Now both of the players are in the arena and can fight each other. User can also click the CANCEL button and go back to the home screen.

Show all projects by Partha-Sarker