This GitHub package is DEPRECATED. Please get the new Unity Recorder from the Asset Store (https://assetstore.unity.com/packages/essentials/unity-recorder-94079) Use the editor builtin Bug Reporter to report issues. You can track and vote for issues on the Issue Tracker (https://issuetracker.unity3d.com)

This GitHub package is obsolete. Please install the new Unity Recorder from the Unity Package Manager inside the Unity Editor. Use the Editor’s built-in Bug Reporter to report issues. You can track and vote for issues on the Issue Tracker (https://issuetracker.unity3d.com)

The Recorder is a project that facilitates recording of Unity artifacts from Unity. The framework does not define what can be recorded, but defines a standard way of how to implement and setup a recorder and takes care of aspects common to all recorders (time managenent, Timeline integration, record windows, etc).

Extensibility is a prim concideration and since not all use cases can be thought of in advance, whenever relevant, the framework’s base classes strive to offer an easy way to override the default beahviour of the system.

Recorder types are detected at run time and made available to the recording framework dynamically.

A key consideration is providing a uniform UX. By defining a standard pattern and basic classes, the framework can treat all recorders equally and display them consistently. This allows for a generic “recorder window” that is provided and takes care of configuring and starting a “recording session” from edit mode.

Code reusability and easy of use for developers is also a prime consideration. As much as possible, modularization in a Lego mentality is promoted so that work done for one specific recorder, say MP4 recording, can be reused by an other type of recorder, say PNG or WAV recorders.

Found a bug? Let us know and post an issue.

Through the Editor’s Record window 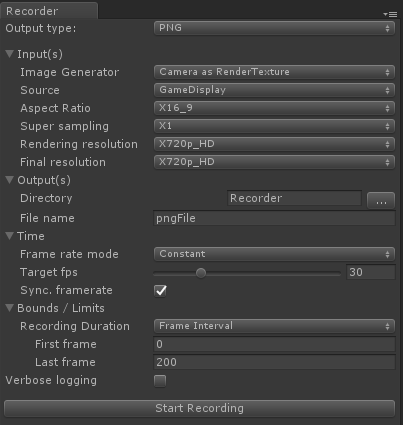 From a timeline track

The Recording framework is composed of three conceptual groups: 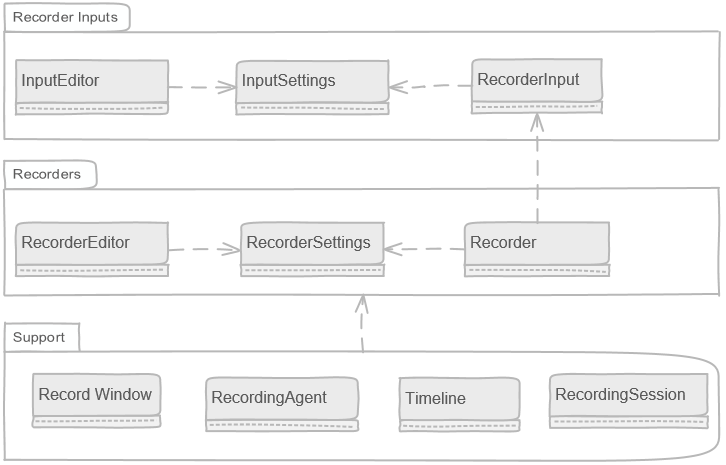 Recorders and their Inputs

Here are the classes that make up recorders and their inputs. 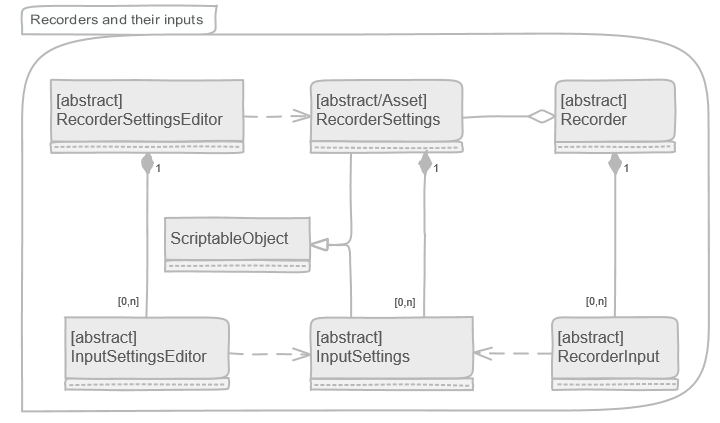 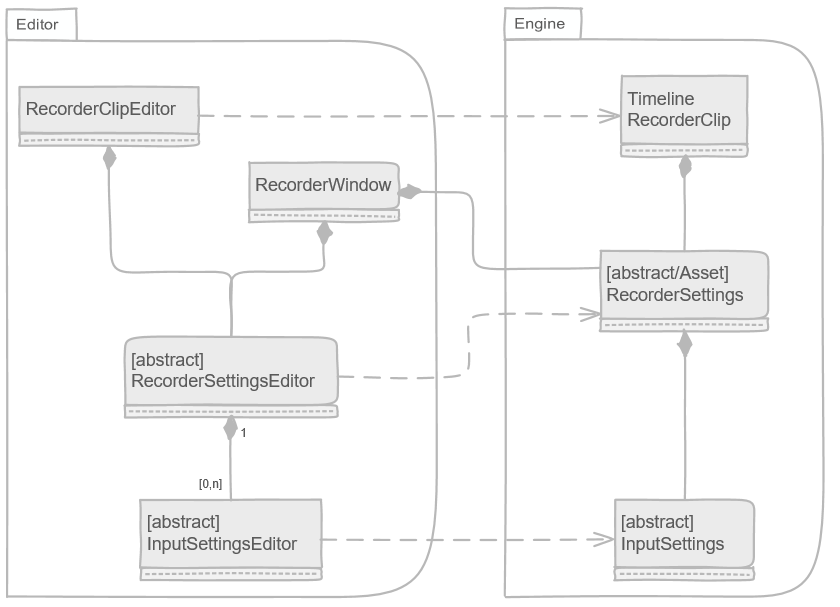 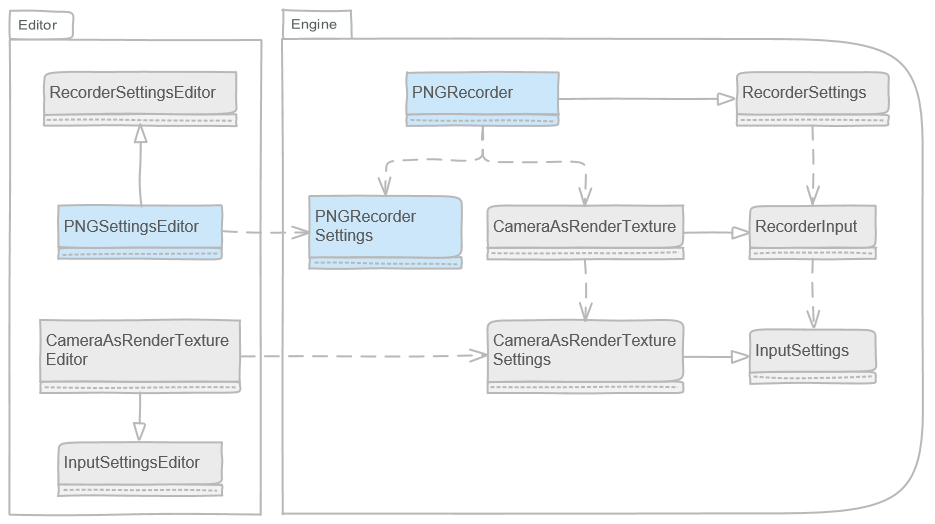