There is early browser demo of this game (about 6MB download, some devices are not supported)

And there is standalone windows version in releases, which runs faster

I’m a huge fan of Victoria 2 game but I was disappointed in how Victoria 2 economy is made. Since I didn’t find better game-like economy simulation, I decided to try to make my own. Main principles of that simulation are:

Map is generated randomly, you play as some country yet there is no much gameplay for now. You can try to growth economy or conquer the world. 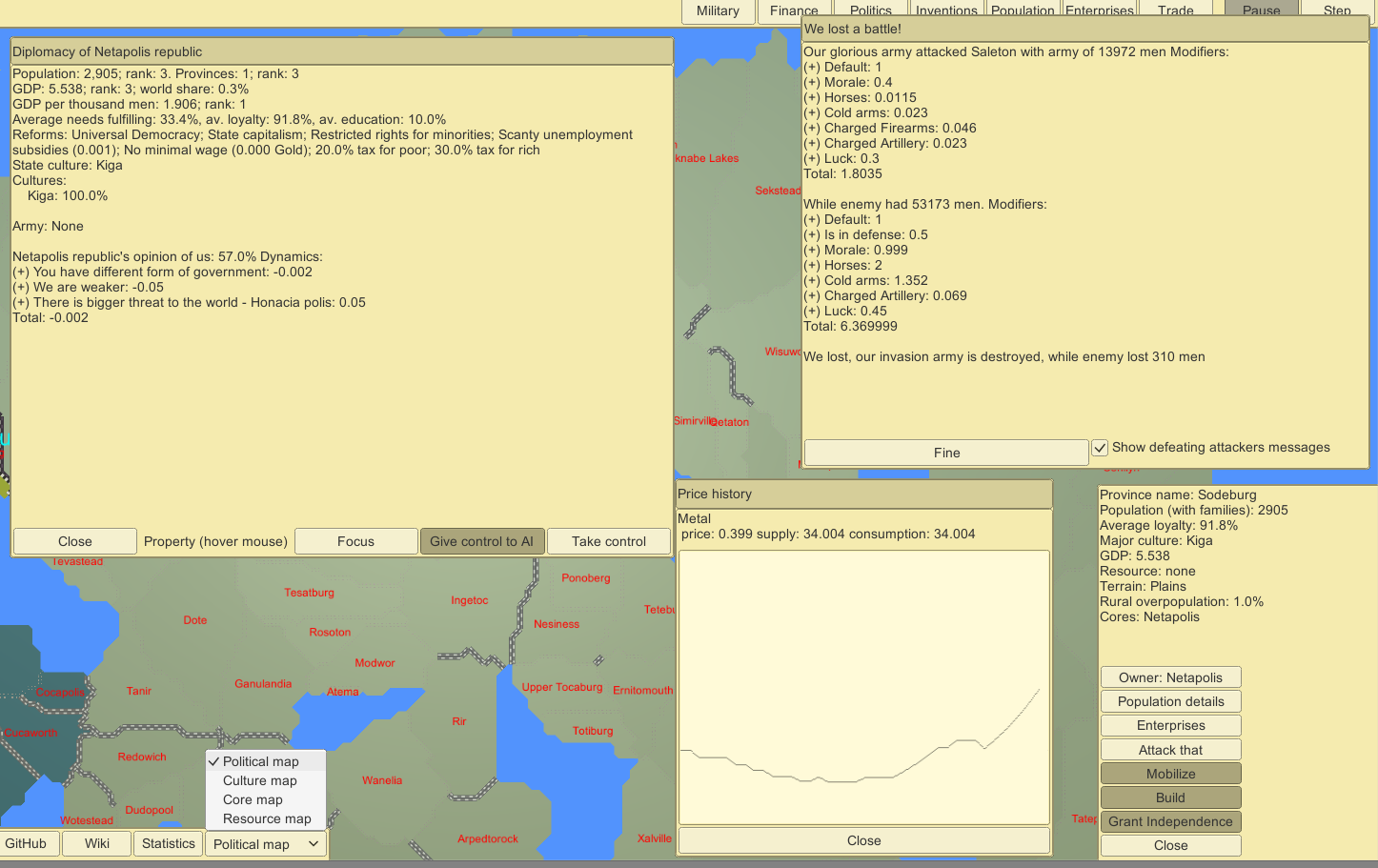 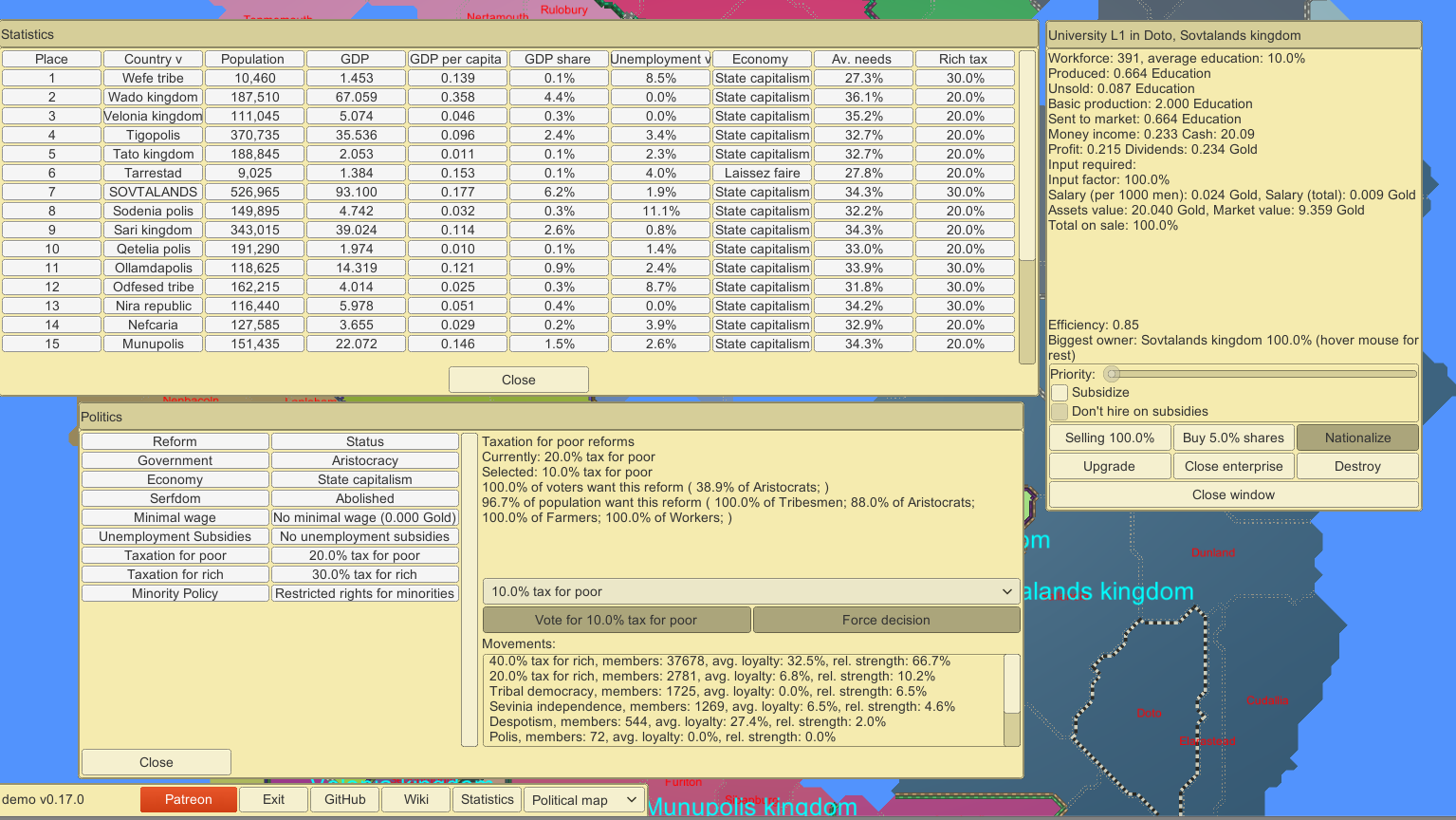 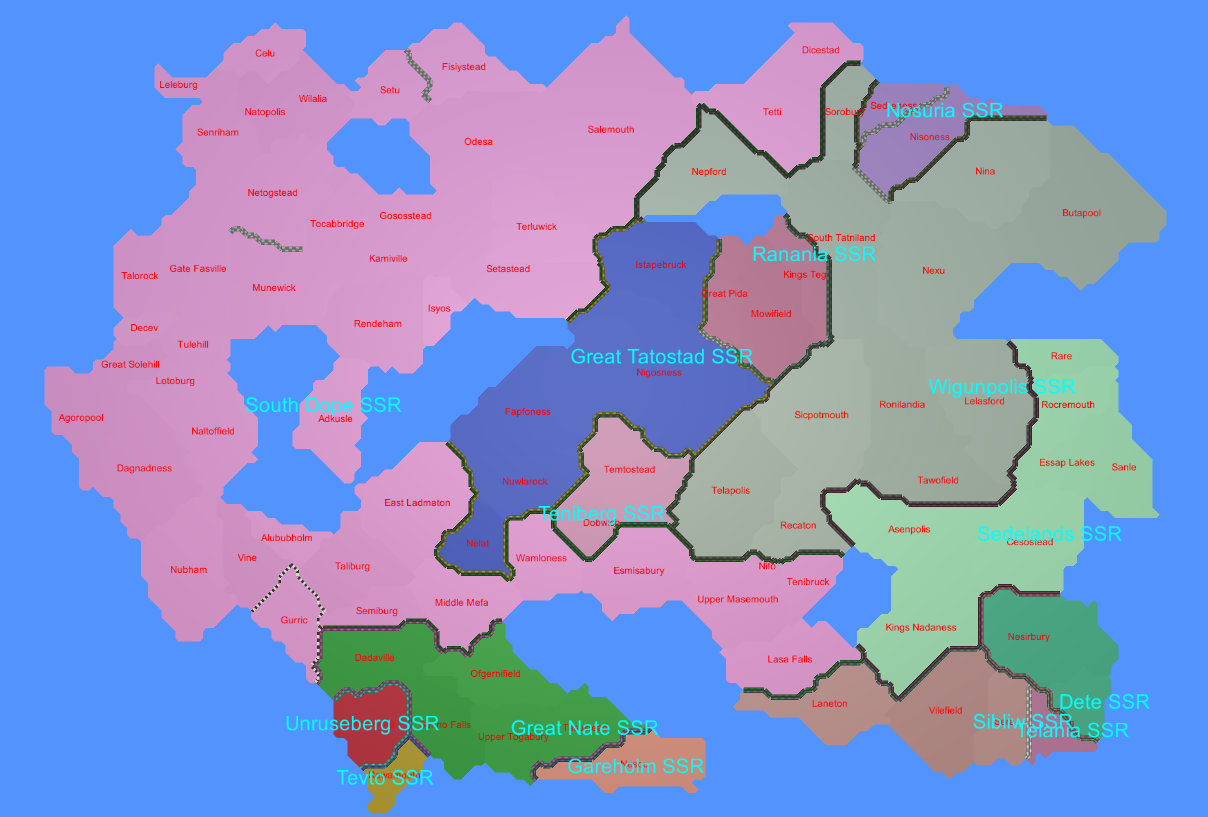 I would love to have other people providing ideas, code or questions. You may:

Show all projects by Nashet