It is currently “impossible” to use Leap Motion with the Gear VR (in Unity 3D). You can’t plug in the Leap to the phone or the Gear and access it’s data from there. Furthermore, Leap Motion’s Android SDK is (as of this writing) in alpha (invite only, with invites closed).

The repository is a Unity package that leverages Unity Networking over a local wifi connection between the Android device and a PC.

The client player consists of two custom knobby hand prefabs (created following this tutorial) and the camera object. The client player’s hands is being controlled by the Leap Motion using the official Leap core assets and SDK.

Conceptually, this is a simple multiplayer game where the movement of one player gets streamed for the other player to view.

The Rigidbody version of the hands (separate Leap provided GameObject that contains the colliders of the fingers) is not set to stream its movement to the mobile app. This can be done by adding more NetworkTransformChild components and putting the bone colliders as the target transform.

You can download the example APK and EXE here All you need to do is run the app(s) and follow the steps in “How to use it”, starting from step 9.

It is important to already have Leap Motion working in your Unity Project.

How to use it

With this as a base, you can proceed to build your Leap controlled Gear VR game. The only drawback is that your leap has to be tethered to the PC via USB.

Building your own application

Once the connection has been made and the session is joined, the game will be moved to the Online Scene. This is where all the additions you need to make to your game/experience should be.

Furthermore, you only need to work on the Online Scene within your Android Unity Project, you don’t need to keep making changes to the Unity Project that builds for PC.

However, you need to note that the exact same character prefab (the hands) need to be present in the PC/Desktop Unity Project, including the meta files. It is this prefab that you’ll have to work on if you want to modify/change how hands are displayed in your game. 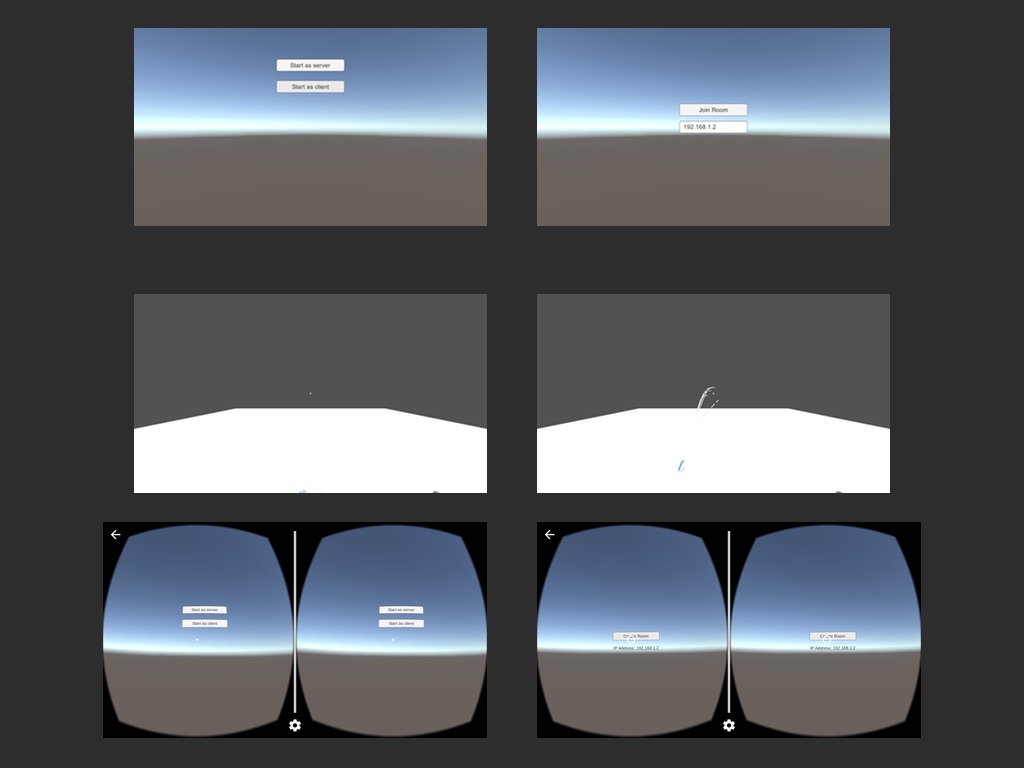 Please help make this better by making pull requests and posting issues. There are probably a lot of bugs and things that can be made better because we’re relatively inexperienced with Unity. All contribution is welcome.

Contribution commits should be made in the gear-vr-leap-mobile and gear-vr-leap-pc folders. Those are the Unity Projects from which the packages are created.

Show all projects by levrn