This is simple post apocalyptic roguelike game written for the Unity engine. This project is a ground up rewrite of the Unity 2D Roguelike Tutorial architected to use Entitas. Entitas is an Entity Component System which allows projects to be architected in a clean and extendable manner.

Unity is a powerful tool for game creation but leaves something to be desired in terms of code architecture. Looking for a better way to organize and architect my code I found Entitas. Eager to test it out, I rewrote one the standard Unity example projects in it. I am hoping this code will serve as an example on how to use and convert existing project to Entitas and demonstrate the Entity Component System style of architecture.

Entity Component System (ECS) is an architectural pattern for game development that allows for a high degree of flexibility and maintainability.

I gave a talk on ECS at a game developer meetup: 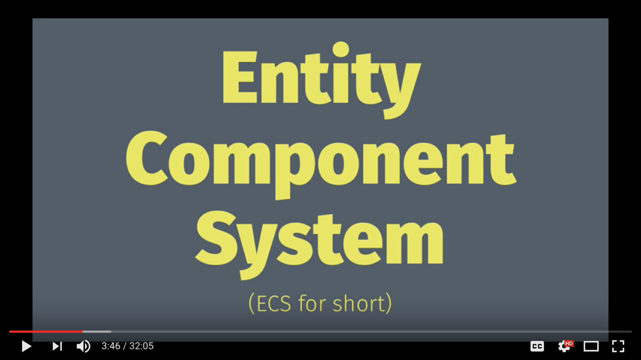 This project is licensed under the MIT license. It uses assets from the original tutorial project which is owned by Unity Technologies. Use of these assets is granted in the Unity FAQ:

all assets in our tutorial and example projects may be used in both commercial and non-commercial use in Unity-based projects. The assets themselves may not be resold, however.

Full details can be found in the LICENSE file.

Show all projects by JamesMcMahon