Build Tools for Unity 3D that we use for Braveland game.

A tool for easy automating and customizing Unity 3D build process. This tool is used in development of Braveland 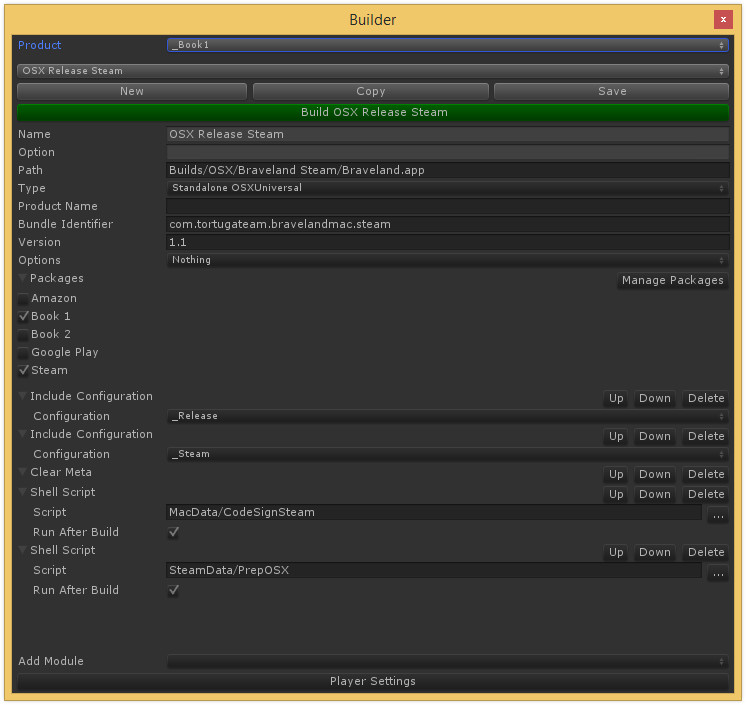 Just copy the contents Assets/Standard Assets/Editor folder to your project. Then click Window -> PPTools -> Builder in the main menu.

To make a custom build module you need to create a class, derived from CustomBuildModule. The GUI automatically scans all available modules and provides means to use them in your configuration.

The module class can be decorated with Description and Browsable attributes to set custom title or hide module from GUI. It’s not required but highly recommended to decorate class with Guid attribute, to preserve the integrity of configuration files after refactoring.

Builder module events are fired in the same order the modules are arranged in configuration if not stated otherwise.

The following methods are not build events but still can be overriden to suit your needs.

Build configurations can be nested using “Include Configuration” build module. The “included” configuration is executed following the same order rules defined for all the modules.

Show all projects by quatmo