Making a tetris clone with multiplayer functionality like tetrinet for mobile devices.

At any point, a player may use the special block at the beginning of their inventory on one of the six fields (either their own or an opponent’s). The effect depends on the type of special block:

The last player still able to place pieces in their field is the winner.

Depending on the server used, some alternative rules may be available. 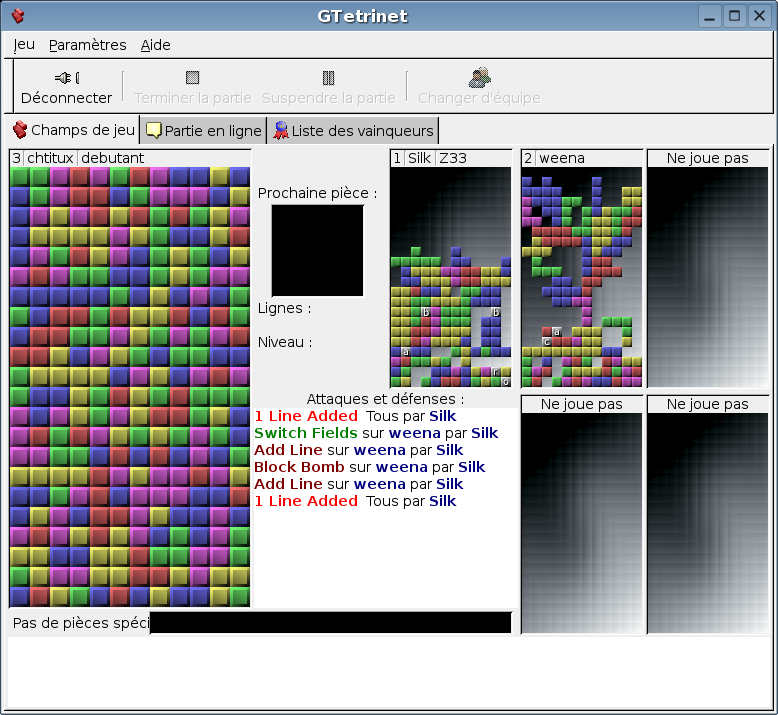 Show all projects by IamTobi