Our first Unity based game - Use this repo for educational purpose

The goal of this project is to develop a round based 2D multiplayer network shooting game with Unity.

At the beginning of the game a player is selected as the starting player. Each player controls a team consisting of multiple soldiers.

Each round is only playable by one player. The other player has to wait till the first player has finished his round.

Before a new round is started, the round of the opponent is replayed, so that the player knows what moves were made. During a player’s round he can either move a soldier or shoot from him.

A soldier has healthpoints (starting at 100) and a certain weapon assigned. Weapons destinguish themselves in terms of bullets, specs and design, although we will only implement one weapon class at first. A bullet has a maximum distance that it can travel and has a certain unaccuracy. When a bullet hits a soldier a magic formula will calculate how much damage the bullet made to the gameobject.

As mentioned above, a player can move his soldiers during his round. Each soldier has a max. distance that he can travel per round. Although it is possible to first move the soldier and then shoot in the same round, doing so will decrease the accuracy of the weapon.

When a player does not want or cannot make any new moves, the round will be finished.

The goal of the game is to kill all enemy soldiers.

Besides only spawning soldiers on the battlefield, obstacles will be introduced that absorb bullets. Some obstacles can also have healthpoints and they are considered destroyed once they reach 0 or below.

As mentioned in the introduction, this game will be in 2D and we’ll mostly use publicly availble bit assets.

A player should be able to pinch-zoom and drag the main camera around the gamefield. To select a soldier during his move, a player just has to click on the game object and a menu is shown, containing the following options:

Once one of the options is selected, the menu is transitioned away and the player can click on the target location for the given action. Should the player click on the same soldier again the movement is aborted.

If the user has not selected a soldier or is not in one of the action states, a button is shown which will show the main-menu once it is clicked on.

The main menu will a player to either give up or end the round. It should not be possible to reset round. Also we have to consider cases where our application is closed during a round.

For v1.0 we want to concentrate on the most important things. The following image illustrates our goals. 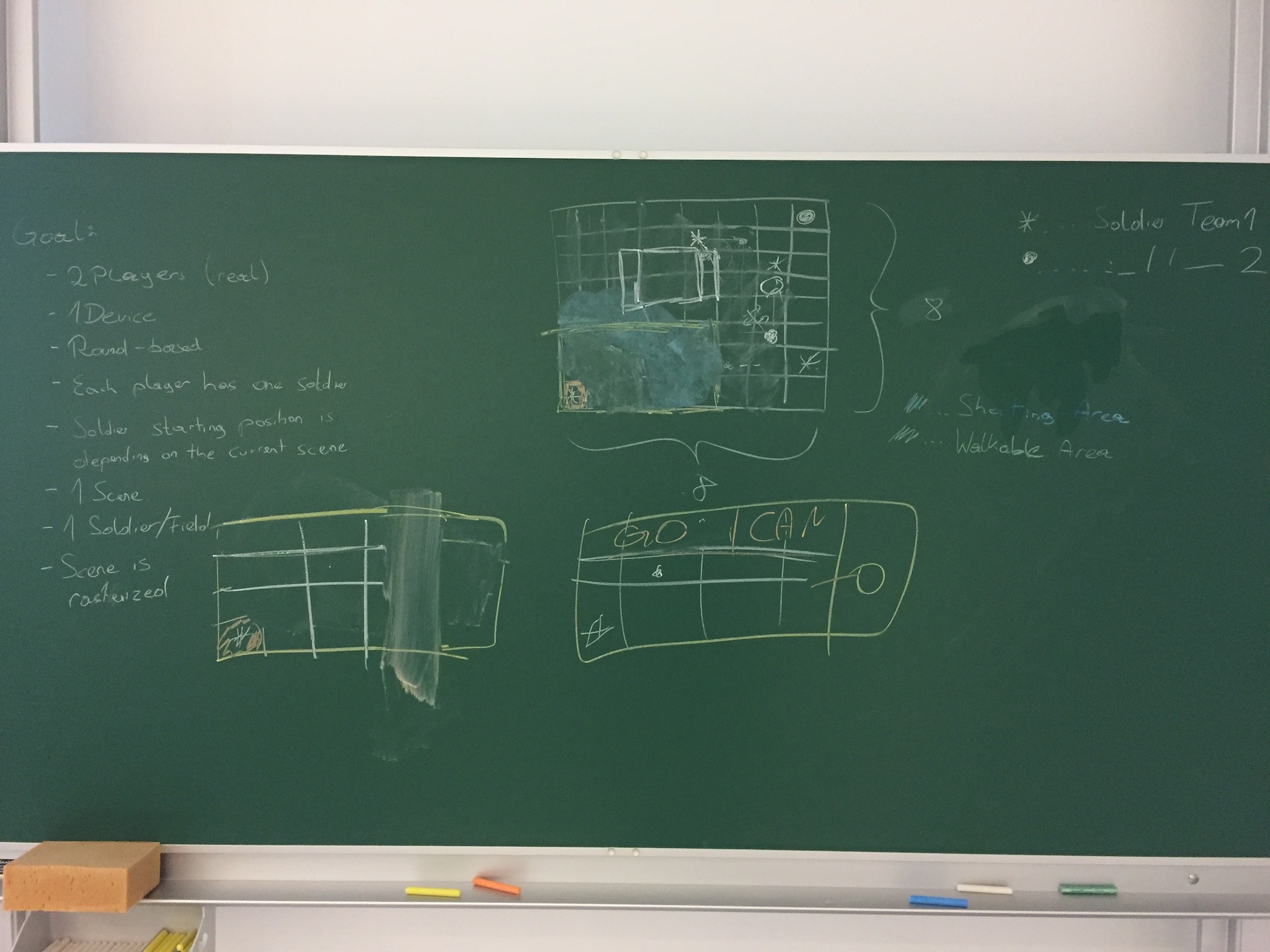 Show all projects by Ka0o0