My first AR application using Unity ARKit Plugin for iOS. It will be a simple game where the user must hunt for the diamonds scattered in the scene to claim the treasure and win the experience.

An example video of this application built and running on device can be found on my YouTube Channel.

This respository contains an AR application created with Unitys ARKit Plugin for iOS. Titled AR Treasure Hunt. It is a game application where the user will interact with UI display panels and GameObjects scattered in the scene. The user will need to locate all diamond GameObjects in the room in order to open the treasure chest and claim the treasure, winning the game. The user then has the abiliy to restart this experience. 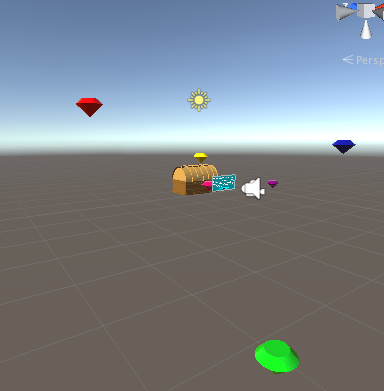 The software you will need to download in order to build and run the game on a mobile device:

To build and run a copy of this application to your mobile device:

-NOTE! The scene may not be located at the top of the folder. If not, you will have to scroll through the folder to find it. It will be titled exactly AR Treasure Hunt.unity with the Unity logo-

After opening the scene in Unity build to iOS platform.

When building the application to your phone a few important things to note:

• In Player Settings, you are able to not only change the name of the application and bundle identifier to whatever you would like you can also add a photo to be the icon for the application on your phone. It will be one of the first things you can do in Player Settings. Right under renaming the application!
• Unitys ARKit Plugin used in the game tracks your head movement. Meaning, wherever the phone is facing, the application will open and start your game from that position. If you would like to be facing a certain direction to play the game right after building to your phone I would suggest facing your device in that direction so you can start the experience in the most comfortable position for you.

The instructions to play the application AR Treasure Hunt:

• Read the instructions and when you’re ready press the “Begin” button on the start panel. 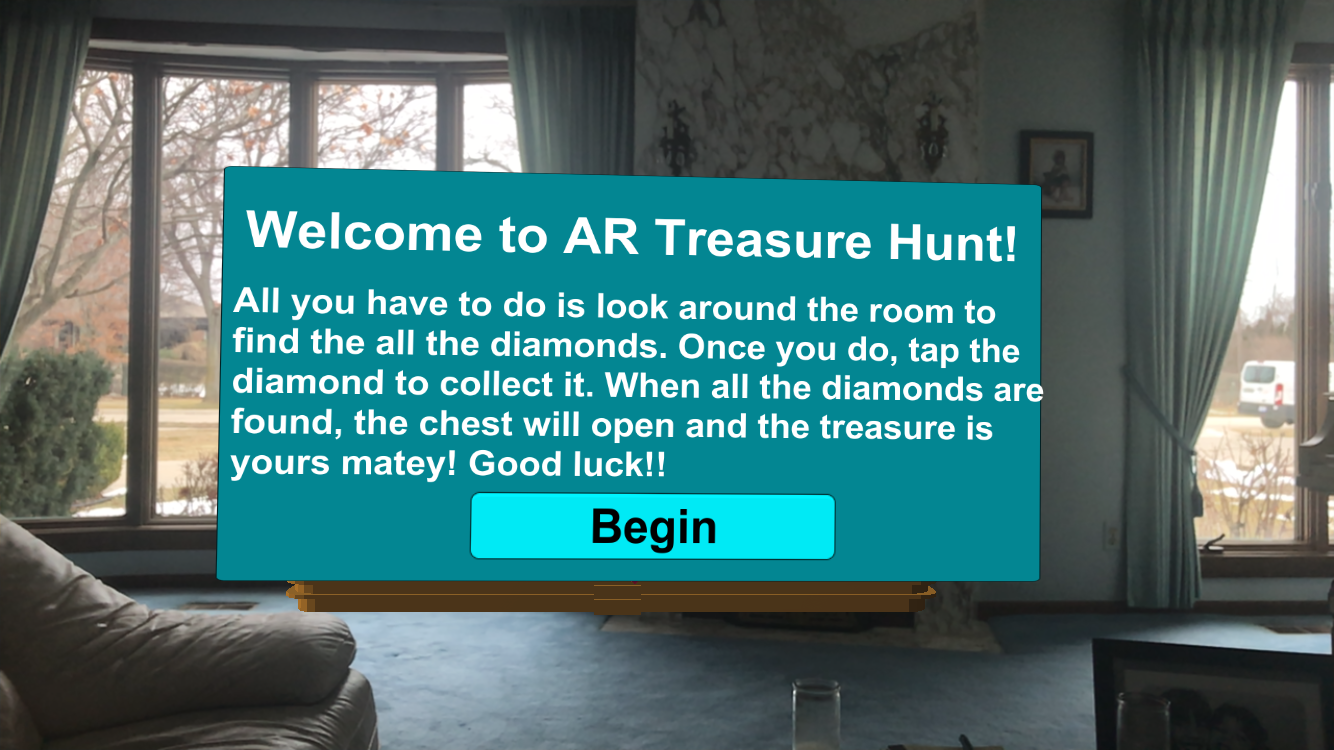 • Collect all diamonds scattered in the scene. The teasure chest will not open until you have collected them all, so don’t give up. Remeber, you’re a pirate and you want that treasure. So keep looking!

• Once completed, the chest will open and you will have won. Press “Play Again?” on the restart panel and you can restart the experience. 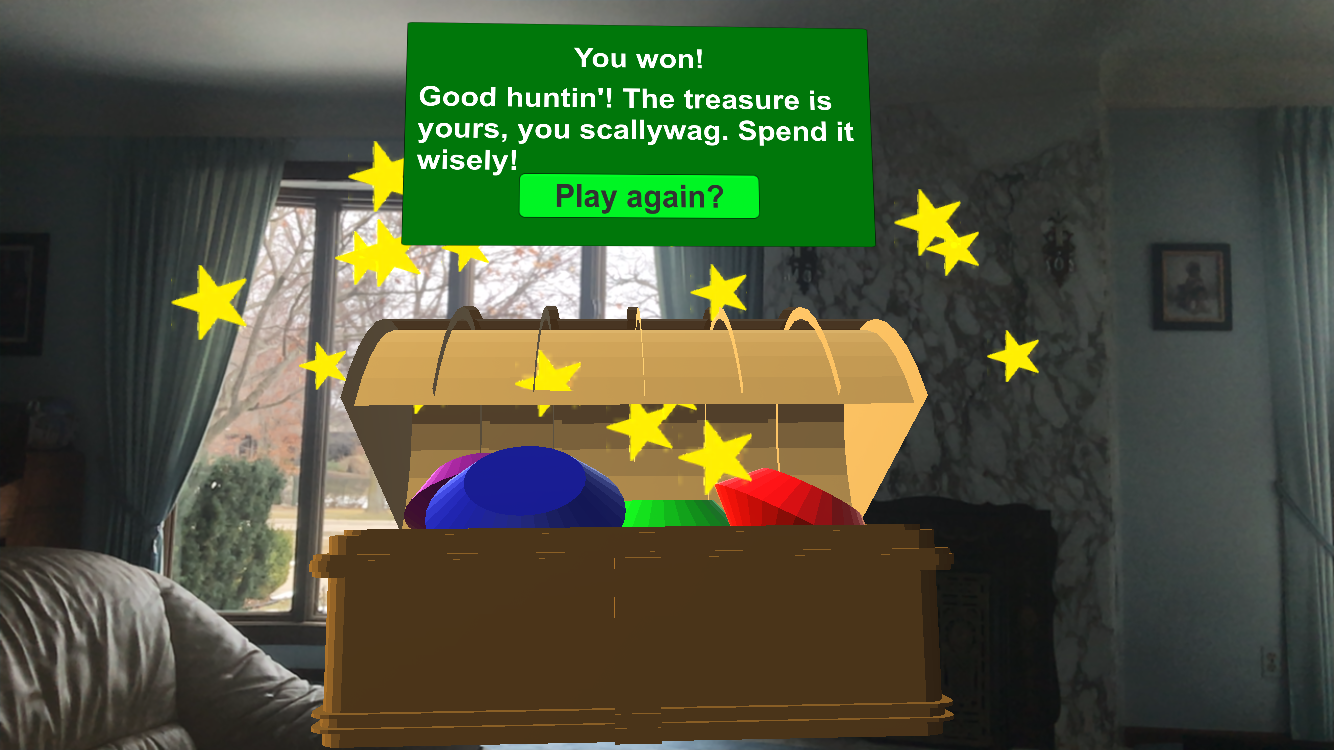 • Unity ARKit - Application set up and code for anchoring the teasure chest and diamond game objects in scene.

• ZapSplat - For all audio sources used in application.

Show all projects by SamanthaCBajis