The goal is to create a solution for taking these lab notes while in the midst of an experiment, when stopping to do so can be difficult or inconvenient (e.g. you want to record a description of the texture of stucco you are mixing, but your hands are gloved and covered in sticky plaster) In this project, we created an augmented-reality-based video recording solution to solve the problem of taking video notes in the midst of experiments. We utilized some 3D UI interaction techniques such as video cropping area selection, walking steering travel among multiple videos, wayfinding for other experiment desks, etc. to accomplish this project. More details of this project can be found in the accompanying demonstration videos.

See the slide of this project. 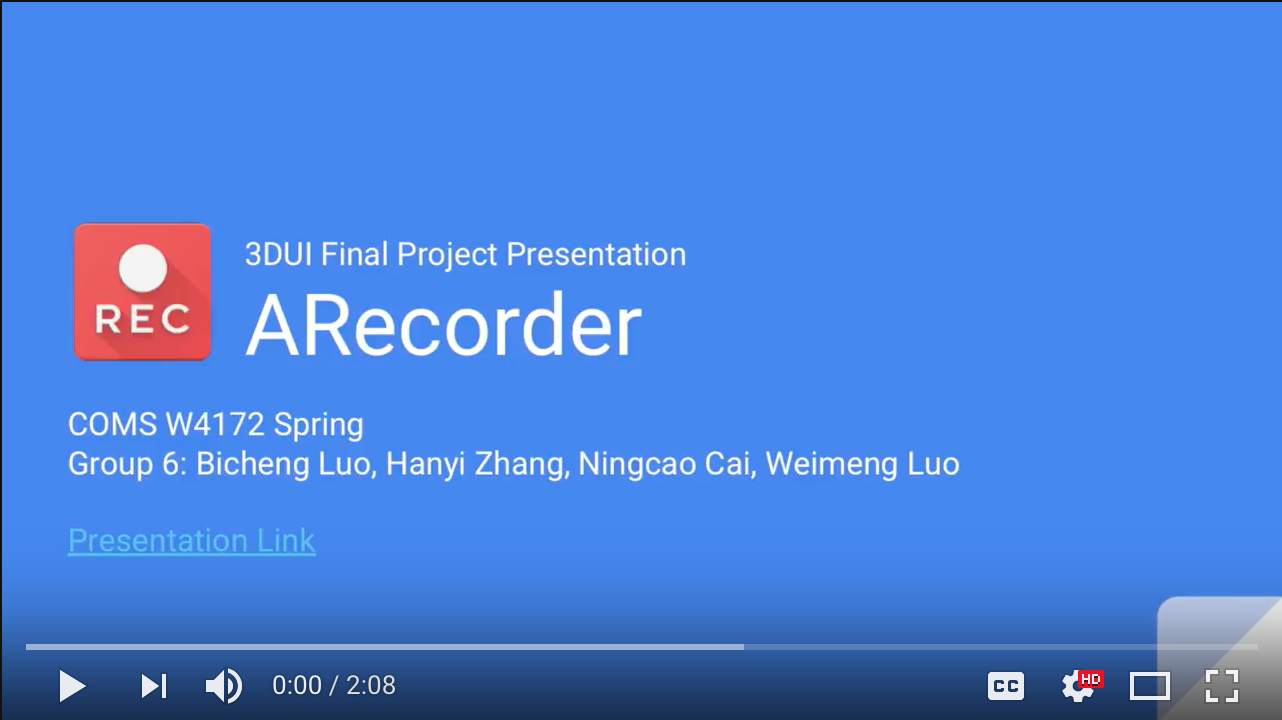 Show all projects by BichengLUO