A unity game, for .Net Framework and C# course.

A game developed in Unity, for .Net Framework and C# module.

The project we are developing is a endless runner style game. We are devloping this project in the Unity game engine which uses the .Net Framework and we will program the scripts and game logic in C#.

The vision for the game is a 3D endless runner game similiar to many games on the market such as Subway Surfers, Temple Run or Endless-Lake. The style will be quite different to those already avaiable as the game will revolve around the player controlling a plane, flying endlessly in order to achieve a high score. Achieving a new high score will be the main objective of the game. The player will have control over the plane horizontally and also if implementation is required, vertically. The plane will fly over various landscapes/scences which will evolve during the game. These various scenes will be procedurly generated.

In order to add complexity to the game there will be numerous objects which will spwan in the planes path that it will be required to avoid.

Many features are under consideration at the moment, such as Facebook Integration, which would allow for highscore sharing. Also under development are a number of different gameplay features which could be implemented.

The basic features outlined above are the main vision and focus of the project at the current moment.

After Completion of the Project

Check out the demo and see for yourself. Most of the general goals were reached, and some were exeeded. 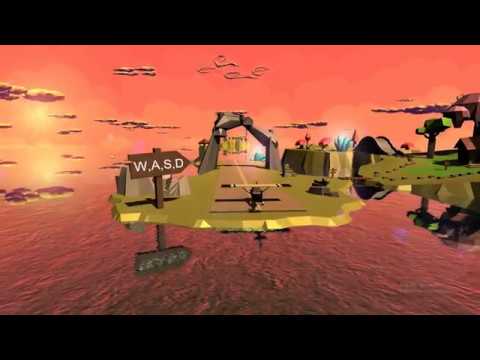 Show all projects by EvgenyTimoshin