A simple simulation in Unity, which uses genetic algorithm to optimize forces applied to cubes

A simple simulation in Unity, which uses genetic algorithm to optimize forces applied to cubes. 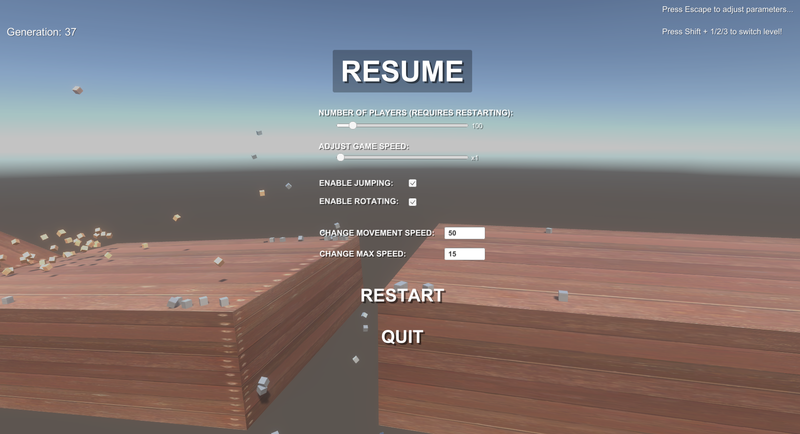 How Does It Work

Each cube spawns with an instance of Player.cs script that contains his array of 3D vectors. Those vectors are applied to player as forces over time.

The genetic algorithm optimises those vectors.

What it means is players don’t learn how to navigate in the environment, they only memorise the vectors that enable them to get closer to the goal.

You can find the algorithm scripts in Assets>>Scripts>>AlgorithmScripts

Each player has only one parent, no crossover is used.

Show all projects by hobogalaxy