The Controls To move around the environment, use the ASDW keys or the LEFT,RIGHT,DOWN,UP keys on your keyboard. To look around use your mouse. Important Note: To get back your curser pres ESC key!. Also to move UP and DOWN on the Y axis use the SPACEBAR to go UP and the C key to go DOWN.

How does everything work? Venture our of the tunnel and you will see large blue cells, these are the cells working hard in your body to keep you alive. Look closely and you will see a Green Virus making its way towards the cell. When this virus enteres the cell it will DUPLICATE itself creating more viruses and travel to the next cell. Here t0 save the day is the RED Helper cell which will make its way to the infected cell and destroy all objects so the virus wont spread. There is also a second Virus which is YELLOW and represents Ecoli.

What tutorials did I use for help? For the wave like pattern on the environment I learnt from the Perlin Noise we worked on in class and the second environment wave feauture I learnt from a tutorial on CatlikeCoding. Factorals I also learnt from class and CatlikeCoding as well as some other tutorials on youtube which are deleted as I tried a load of things before settling on what I wanted (I made other unity project testers). The rest of the scripts I wrote from the knowledge of the other two. I also created the two viruses using Blender 3D modelling.

What am I most proud of? Getting the functionality of the virus, cell and helper cell working together was very satisfactory. I also love creating objects in Blender although I didnt make too many objects as I was afraid there wouldnt be any code to show procedural shapes. The biggest thing I learnt from this project is sometimes you can bite more then you can chew. I have tonnes of other ideas I want to implement and I feel like theres no end to what you can make in an open world.

Infection! This generation of art is split into 3 parts

1) The Virus The virus’ will be partly created in blender and part in Unity depending on what virus I am creating the virus’ so far that i will create will be some or all of the following: 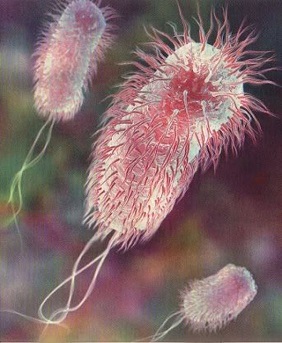 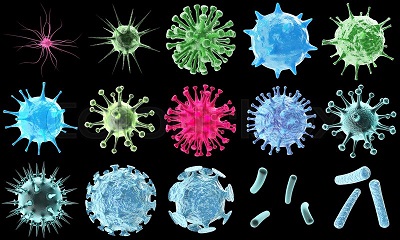 3) The Environment The environment in this case will be the body. Even though the virus’ that I make are located in different parts of the body for the sake of this I will have them all in the same area.

As you can see in the photos the virus themselves are terrifying but beautiful in how they look. In regards to the coding section i will attach a special script to each of these virus’ and helper cells that would be their normal behavior if they were to act in the body.

This video explains how a virus will attempt to sneak into the body which is how I will make them behave in Unity: https://www.youtube.com/watch?v=Rpj0emEGShQ

Show all projects by ciarasastre