Starter controller: How to use ?

After months of struggling, I have finally designed a controller structure that, in my humble opinion and for beginners projects, is very well suited. To do so, I rely heavily on animation state machines, which allow to communicate with the animator, hence keeping track of what state the player is actually in. It may sound very trivial, but this is crucial and has hindered my small games for a long time in the past.

I’m making a small guide on how to use to help interested people gain some time and also as a reminder to me, in order to prevent forgetting valuable informations.

The information pipeline is as such:

I’ve found the method to allow for easy extention and it handles rather well various character states. 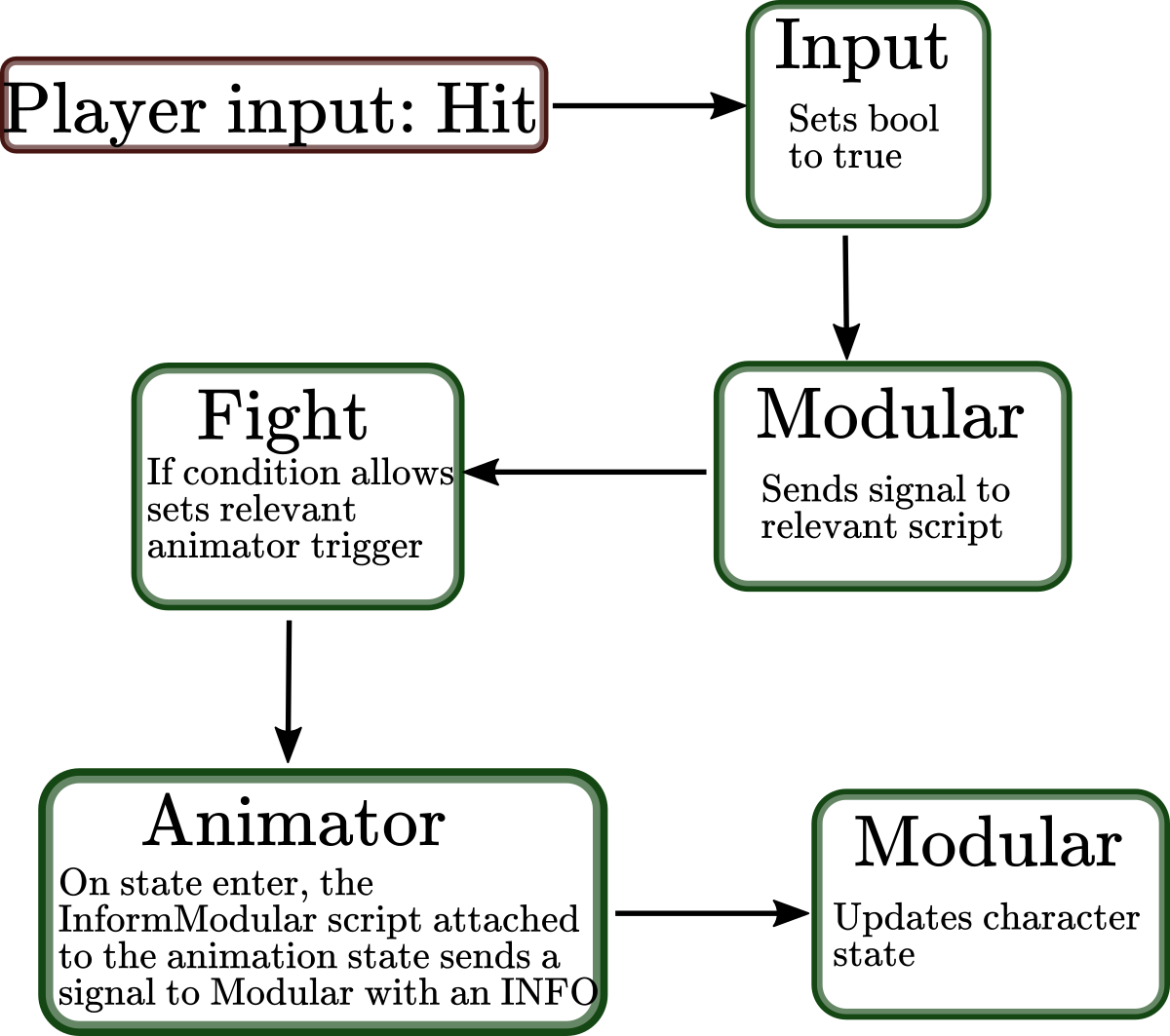 The wiring necessary for hitbox wasn’t totally straightforward, so here’s an explanation.

The other infrmations in HitData are used for applying an impulsion to the character, setting damage and force applied to enemy and so on. The HitData struct is located in the CommonUtils script.

Show all projects by MoMe36