A multithreaded implementation of Nition's Octree for Unity allowing for discriminatory object tracking with large numbers of moving objects.

A multithreaded implementation of Nition’s Octree for Unity allowing for discriminatory object tracking with large numbers of moving GameObjects.

Use of the point Octree system is comparable to using trigger colliders with hard coded switch or if else statements, however the objects tracked and the information receivers are easily selected at your discretion (no more sifting through enormous amounts of collider data). This is also a viable option for collision detection if you wish to escape PhysX (and spherical colliders can meet your needs). The primary benefit is getting optimized spatial calculations without interfering with anything you (or perhaps your users) are doing with trigger colliders.

Every field has its own distance threshold value defining when it registers other tracked objects. Once another tracked object registers, an event is published to the subscribers (typically an agent or a game manager) monitoring that object. The event publishes the registered GameObjects inside the threshold (GameObject[]) and their associated object field types (string[] “a”,“b”,“c”…).

20k Tracked Objects - colliding only with objects with that are different in color - using no colliders or rigidbodies. 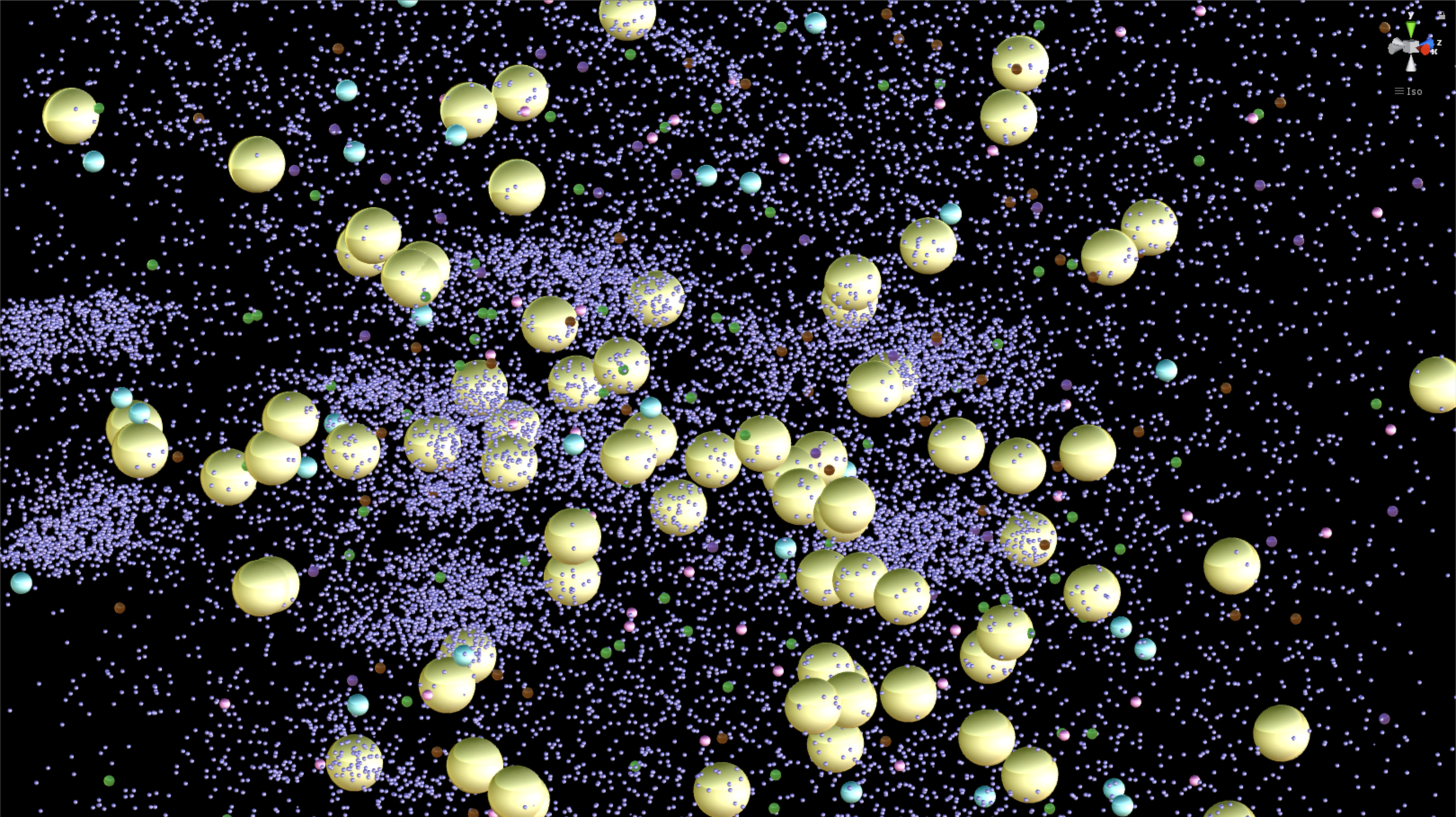 The above scene uses a collision method that simply sets object direction to it’s position minus the colliding objects position. Object scales are set to match their threshold size. This scene averaged 20 fps on a 15" Surfacebook. When scene sizes get this large, collision detection loses accuracy, but crucially - the main thread remains unblocked (unless you choose the Unity Trigger implementation). 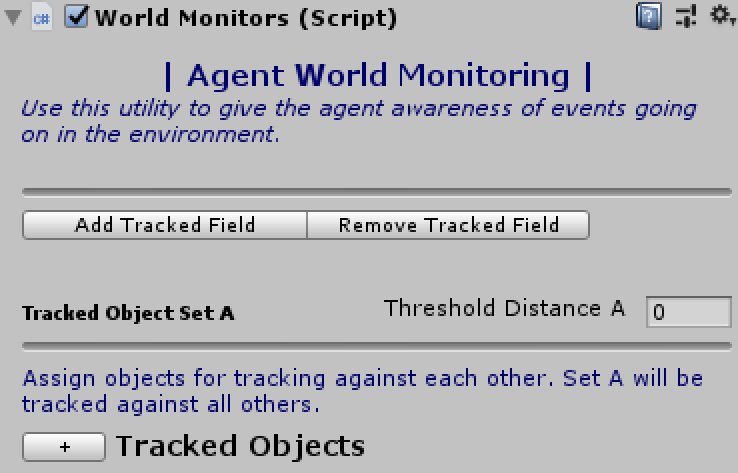 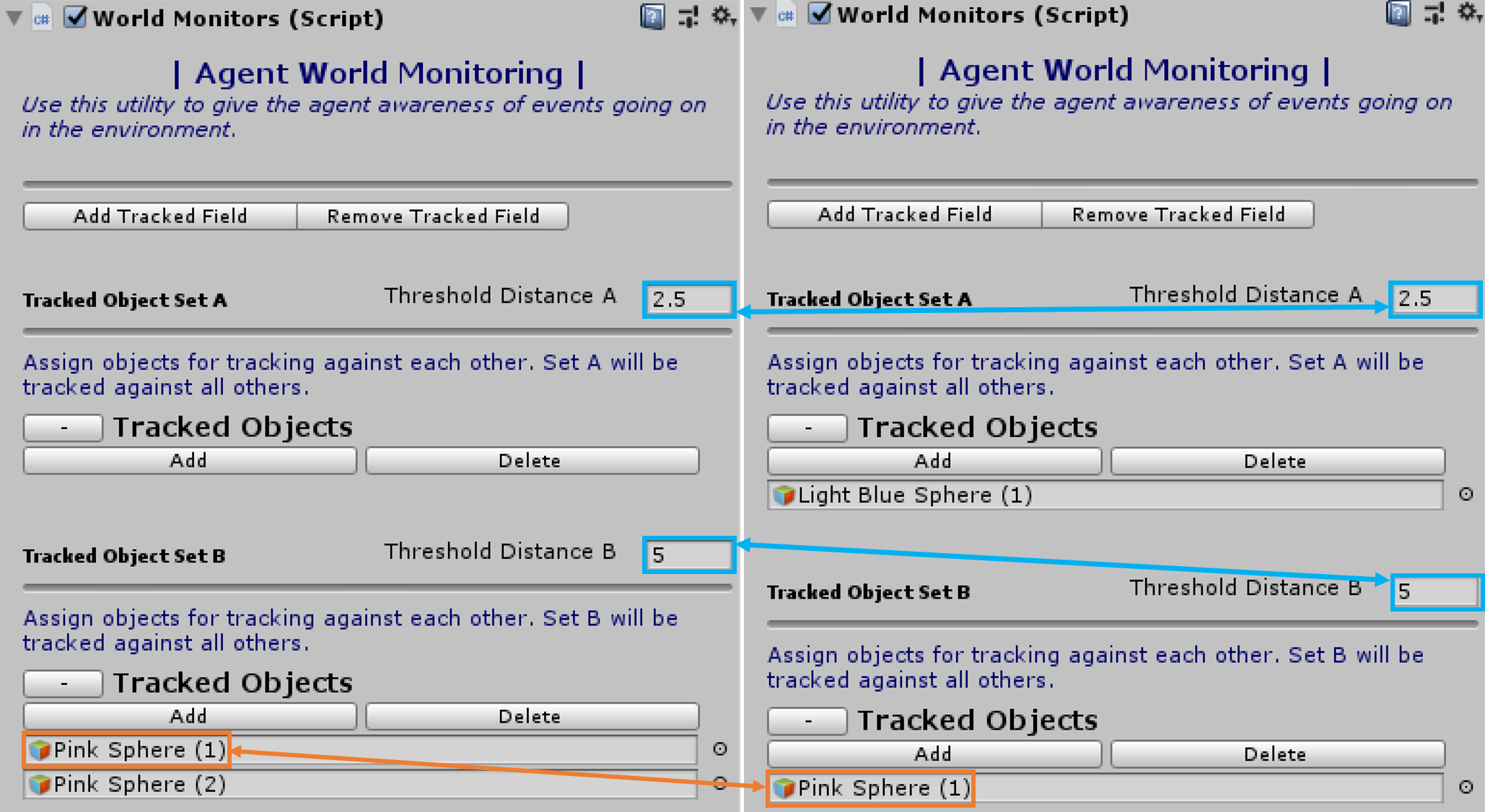 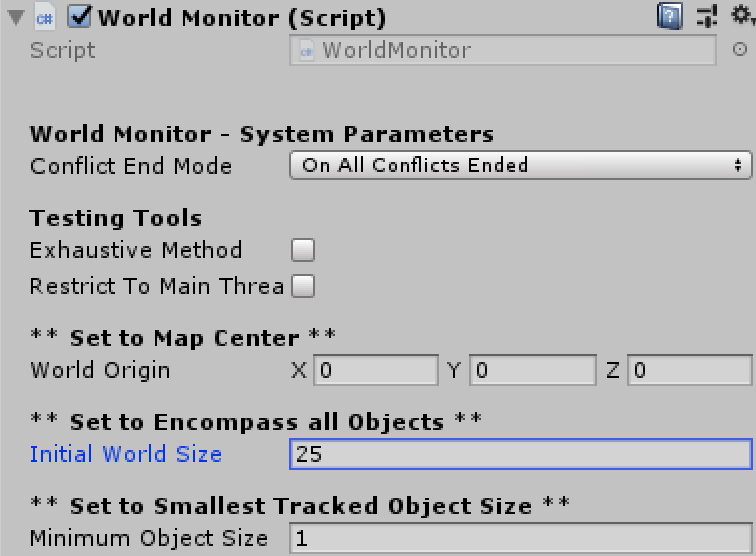 If you do not add this component it will be created for you, however you should make a sincere effort to set the parameters beforehand. Failing to do so can result in an unnecessarily large Octree which can consume resources. Place it on any GameObject you’d like.

This system will never use more than one auxilliary thread. If you wish, you may restrict the object tracking to the main thread at the expense of performance.

The exhaustive calculation is intended for benchmarking - however if you are using a very small number of tracked objects, exhaustive calculations may be faster for your use case. This method raises the conflict event every frame, as such it’s functionality is similar to OnTriggerStay(). It is of no value if you choose to implement the system’s automated Unity Trigger configuration.

All events use the ObjectConflictHandler delegate

It is possible for more than one object to cross thresholds during an Update cycle, as such the latter two arguments are arrays.

Subscribe to this event for notification every time a tracked object enters another’s threshold.

These two events are mutually exclusive; subcribe to ConflictLeavers if you need an update every time an object leaves another’s threshold area. ConflictEnd is only emitted when all tracked objects have vacated a threshold area.

Remarks: you must include at least one of the optional arguments - - both options change the threshold size for an entire field, not individual objects. If you are using the trigger implementation, use the public ChangeTriggerSize() method instead.

Remarks: see the example scenes for demonstration of usage.

Remarks: you should always remove the WorldMonitors owner when an agent is destroyed, or at the minimum unsubscribe from the events. see the example scenes for demonstration of usage.

You will find the Tracker class in the example scenes, which demonstrates how to use all of the public methods except for ChangeThresholdSize(). The last Tracking Agent in the heirarchy (in both scenes) is preconfigured to use some of the options. 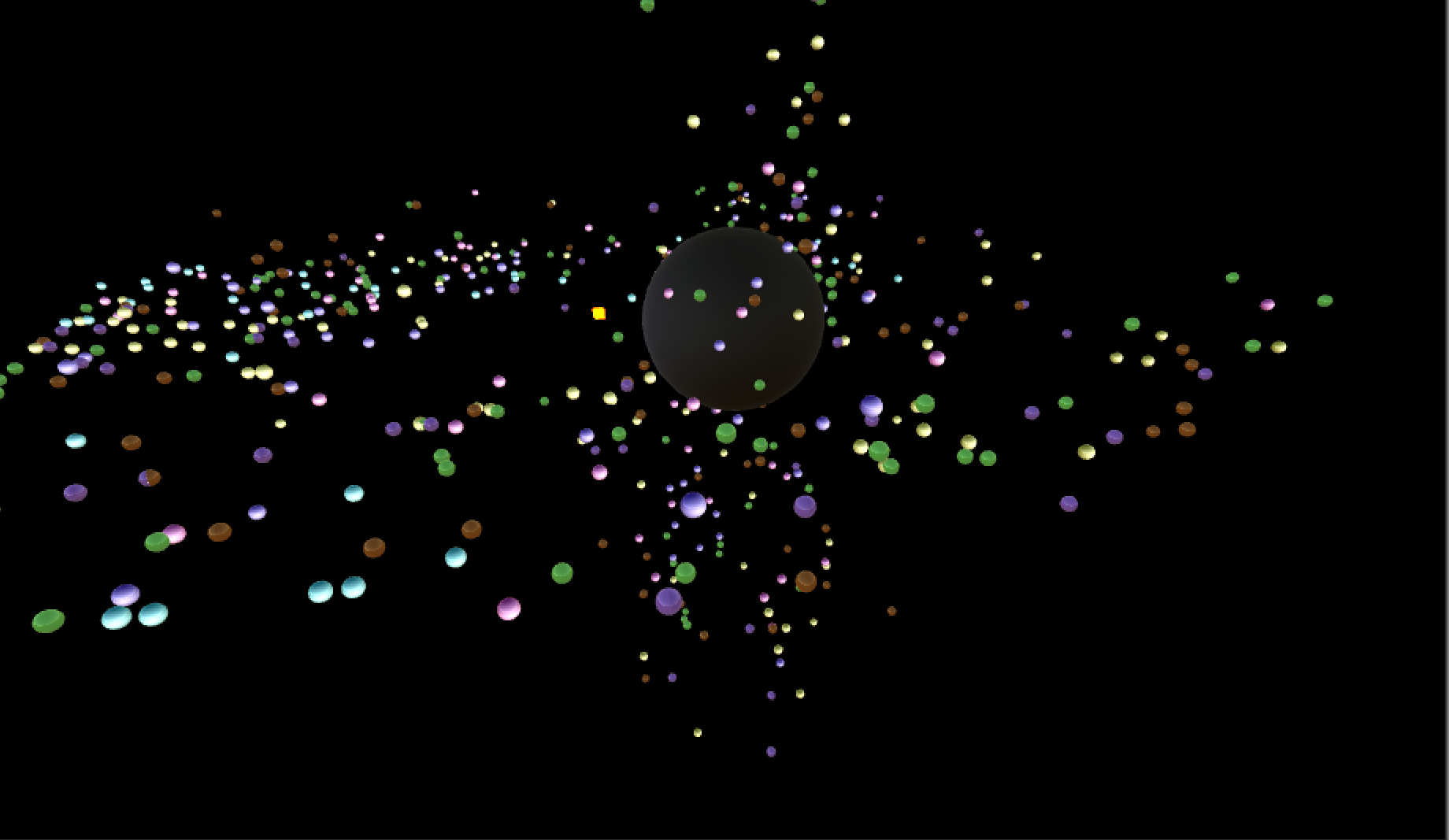 TrackingExample demonstrates the system's large scale dynamic object tracking ability, and an example method is used to change the tracked object's trajectories when conflicts are incurred by one enabled object (you can enable this behavior in the Tracker inspector). This scene includes 500 initial tracked objects and inflates to 5,000 at runtime. All of these object's are configured to interact with thresholds beyond their size (like a trigger). On a SurfaceBook (i7, GTX 1060), this scene runs at 45 fps with the tracking system updating once 1-2 times per 10 frames (note the tracking refresh rate on smaller scenes is about once/ frame). 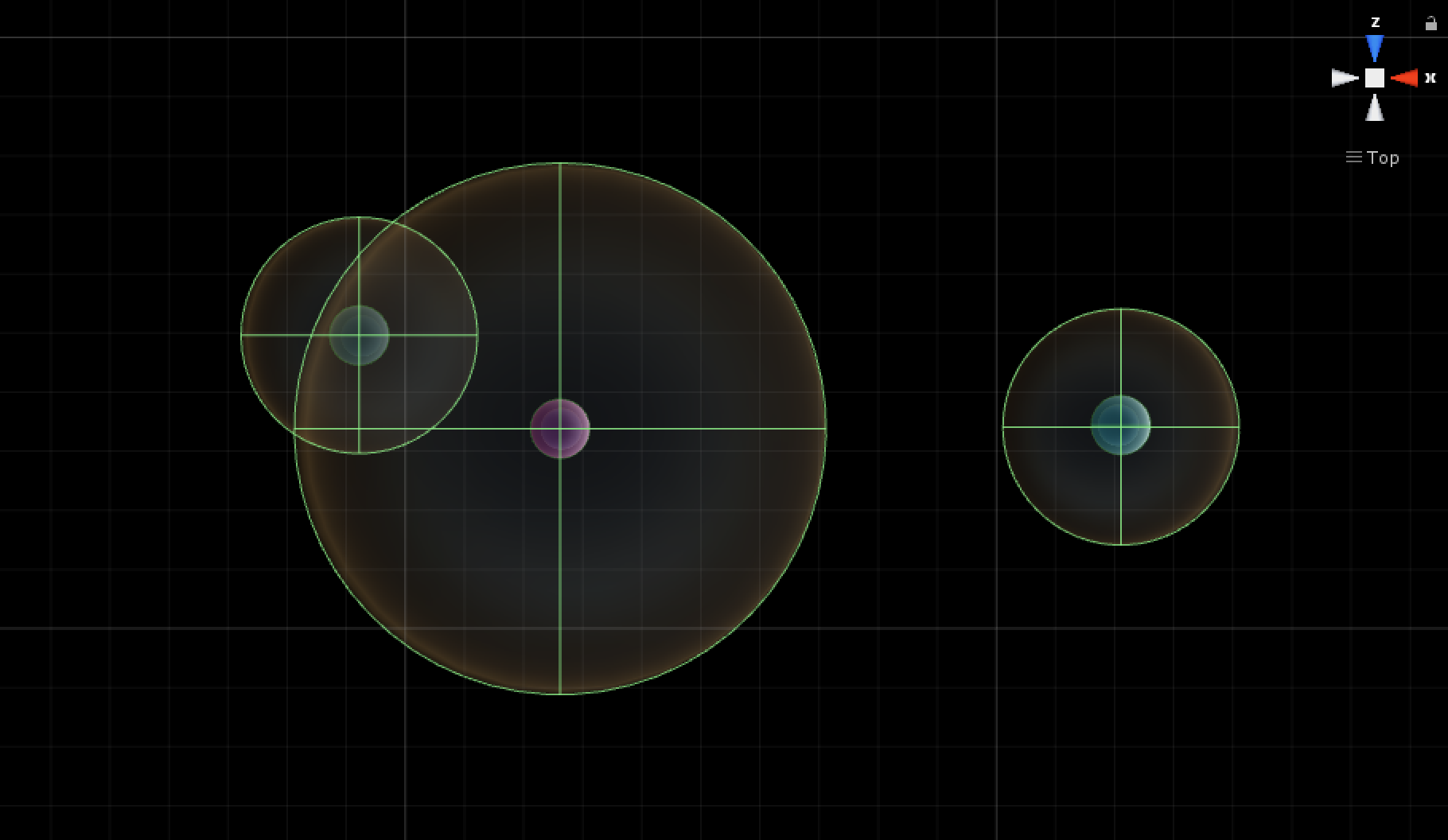 This scene is preconfigured to log events to the console so you can quickly understand how and what data is published.

If you may be switching between the Octree and Trigger tracking methods, you should be aware of how the threshold and trigger radius differ. They are both a measure of the same thing (a spherical radius) however triggers emit collisions when the triggers cross each other’s boundaries, not when the parent object crosses the boundary. You can configure the WorldMonitor component to have triggers immitate the Octree behavior or visa-versa. The difference between the two methods without configuring the WorldMonitor to immitate behaviors is shown below. 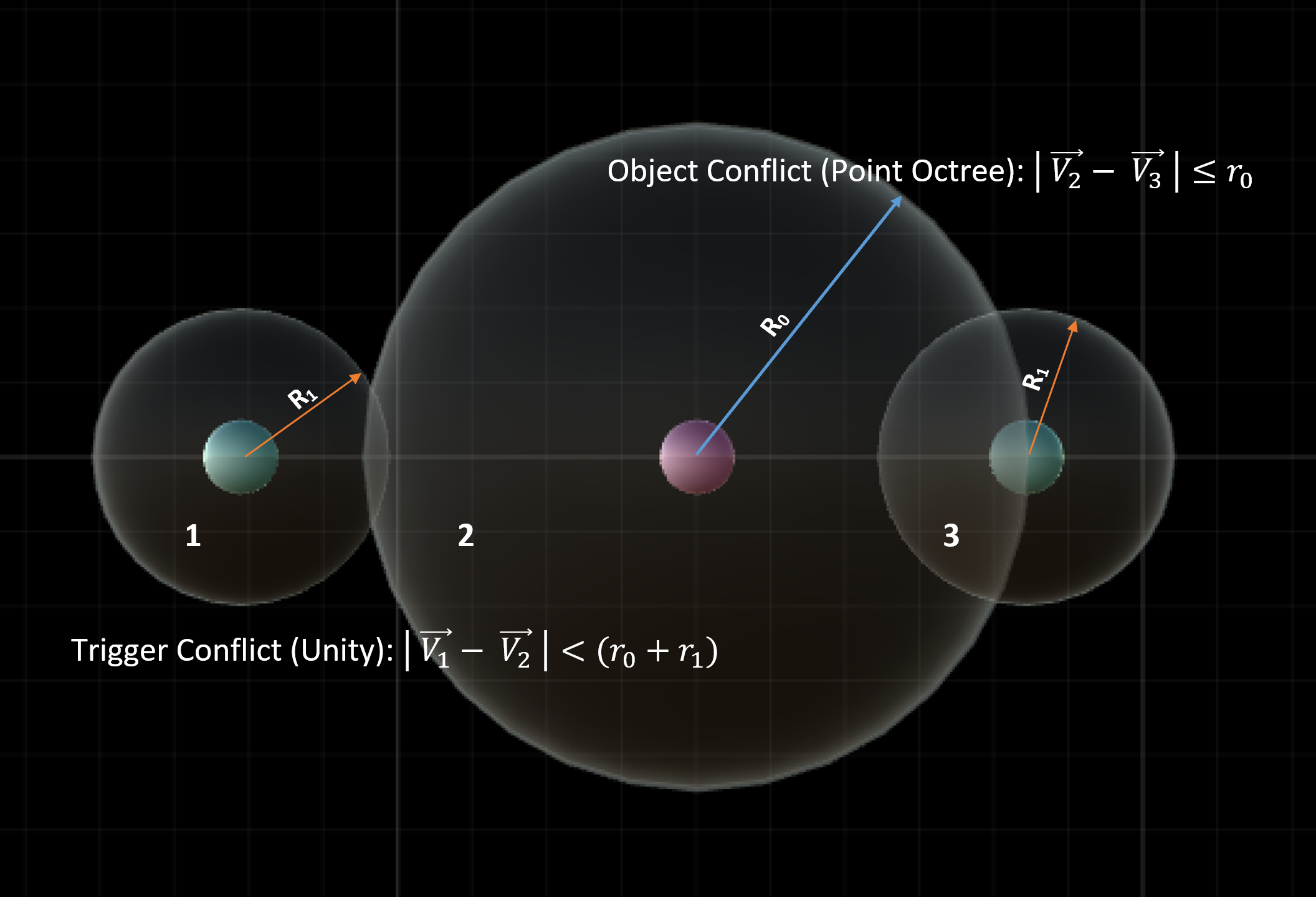 Show all projects by phatboysh