Most updated version on https://gitlab.com/dacaes/SimpleVR

IMPORTANT: Only SteamVR plugin dependency is included. Others should be downloaded and placed in Assets/Plugins folder.

Read the instructions to make sure everything works ok.

SimpleVR is a lightweight framework for Unity3D that solves common issues and features every VR game needs.

It uses SteamVR plugin only to support its input system. You can map interactions with VR controllers with its editor.

Note: When you read about walls, it means something that has a collider but not physics simulation (not RigidBody).

Download SimpleVR Dependencies (links below) and place them on Assets/Plugins folder (except SteamVR, it goes inside Assets folder directly).

Download SimpleVR.Example dependencies and Recommended plugins too, place them inside Assets/Plugins.

IMPORTANT: Probably you’ll notice some errors at this point, continue with the tutorial and they will be fixed.

Since 2018.3, UnityEngine.SpatialTracking namespace (which is needed by SimpleVR) has been moved to a package.

To install it (or update it) go to Window > Package Manager and in Packages window, select All packages > XR Legacy Input Helpers and install or update.

Create an Assembly Definition for QuickOutline plugin and SuperScience plugin:

Add assembly definitions to SimpleVR assembly, the same way, until it looks like:

Be sure that LeftHand and RightHand gameObjects in CharacterVR.prefab have PoseProvider component and copy the Tunnelling component data as seen in the image to the camera gameObject. 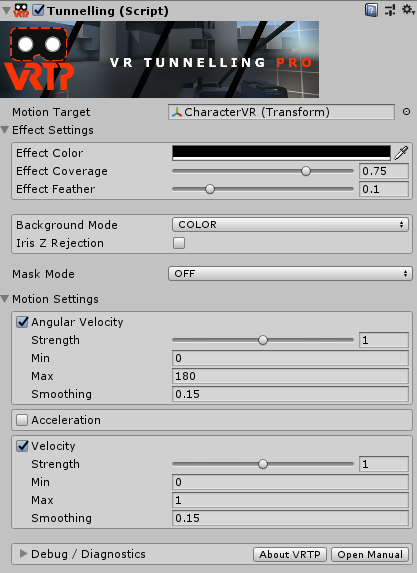 After that, everything should be ok. If not, restart Unity Editor.

Show all projects by LinceWorks