A unity wrapper around ARKit / ARCore APIs for Image Recognition

This repo contains a unity wrapper around ARKit / ARCore APIs for Image Recognition.

Eventually, ARFoundation will cover this use-case. But as of May 2019, they haven’t added that functionality to their code, and it’s still extremely difficult to write an image-recognition AR app that works out of the box on both Android and iOS.

This code exposes an API that allows a developer to focus on the interaction and experience design. The wrapper automatically detects which hardware the app is built for, and correctly calls the appropriate function for each operating system.

Once you’ve gotten the gray box to appear, you should be all set to start developing! 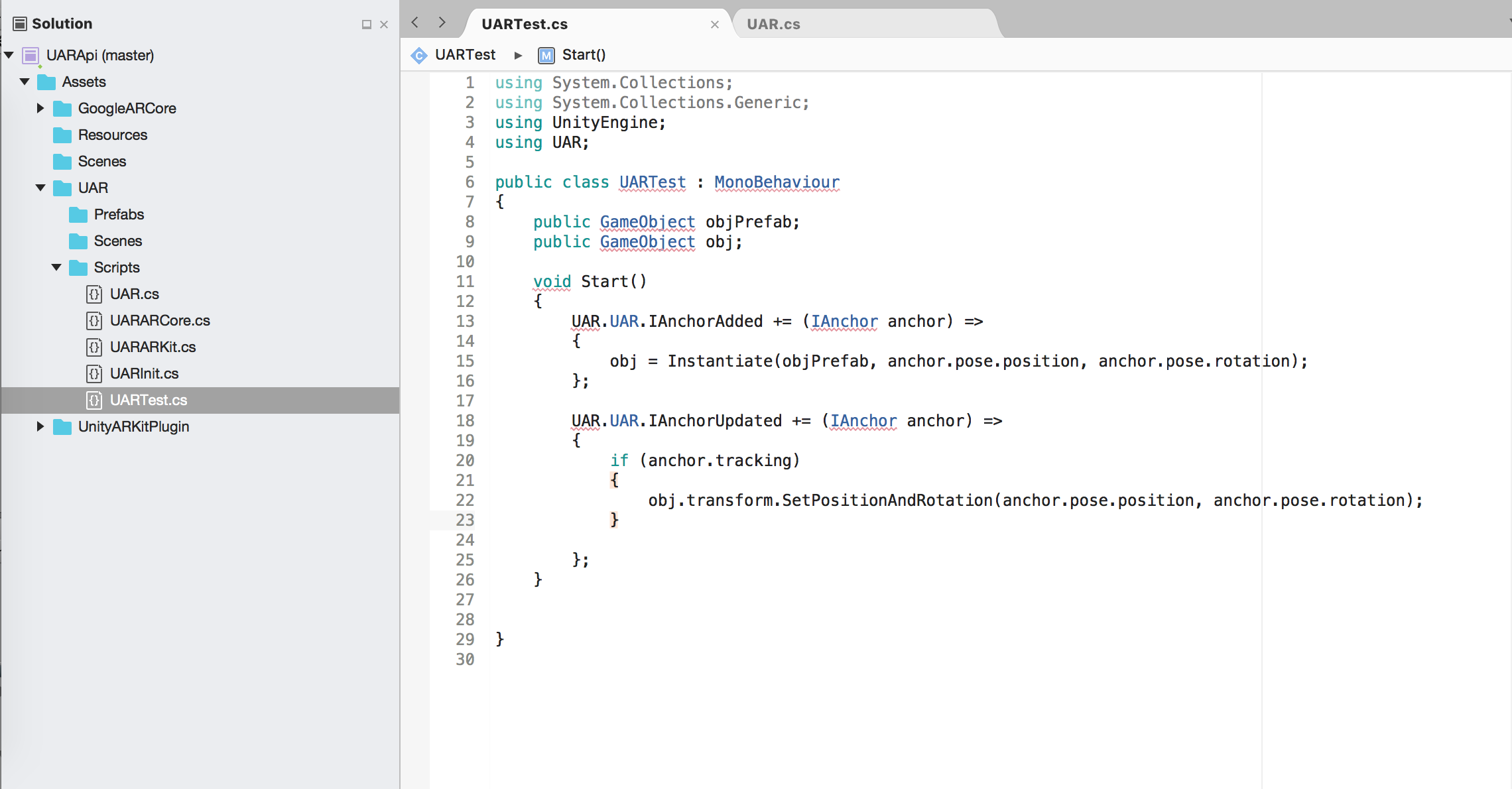 Show all projects by Mixed-Reality-Explorations