This demo project is an answer for this demand: https://gamedev.stackexchange.com/questions/171698/how-to-make-an-object-track-another-objects-exact-movements

It’s an alternative for the user of timers; you have a Leader object, which walks a path. And you have a variable number of Followers, which have to follow the leader’s path. The problem, however, involves different movement speeds for the followers (they are slower than the leader). They also rotate towards the leader’s position.

There are few parameters, to keep the code simple, but if someone would like something fancier, feel free to ask (PM me). 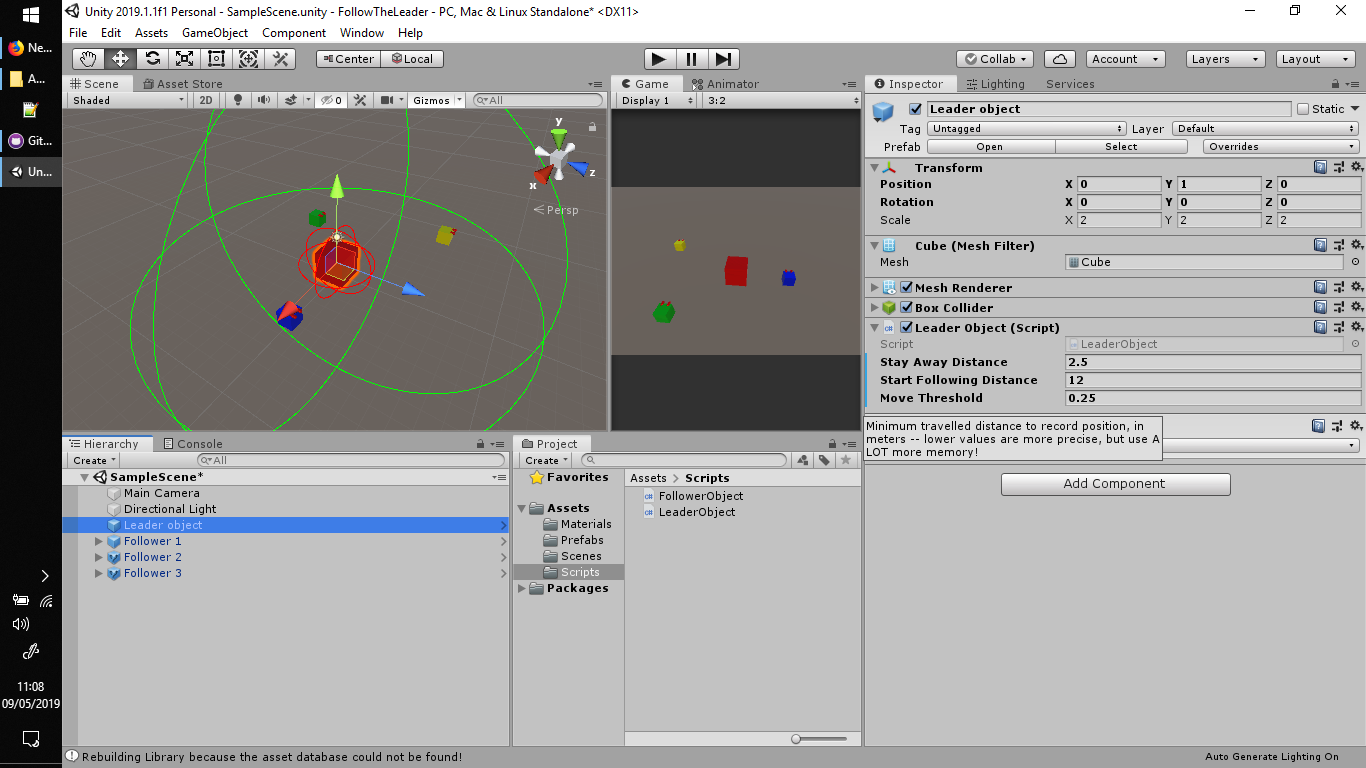 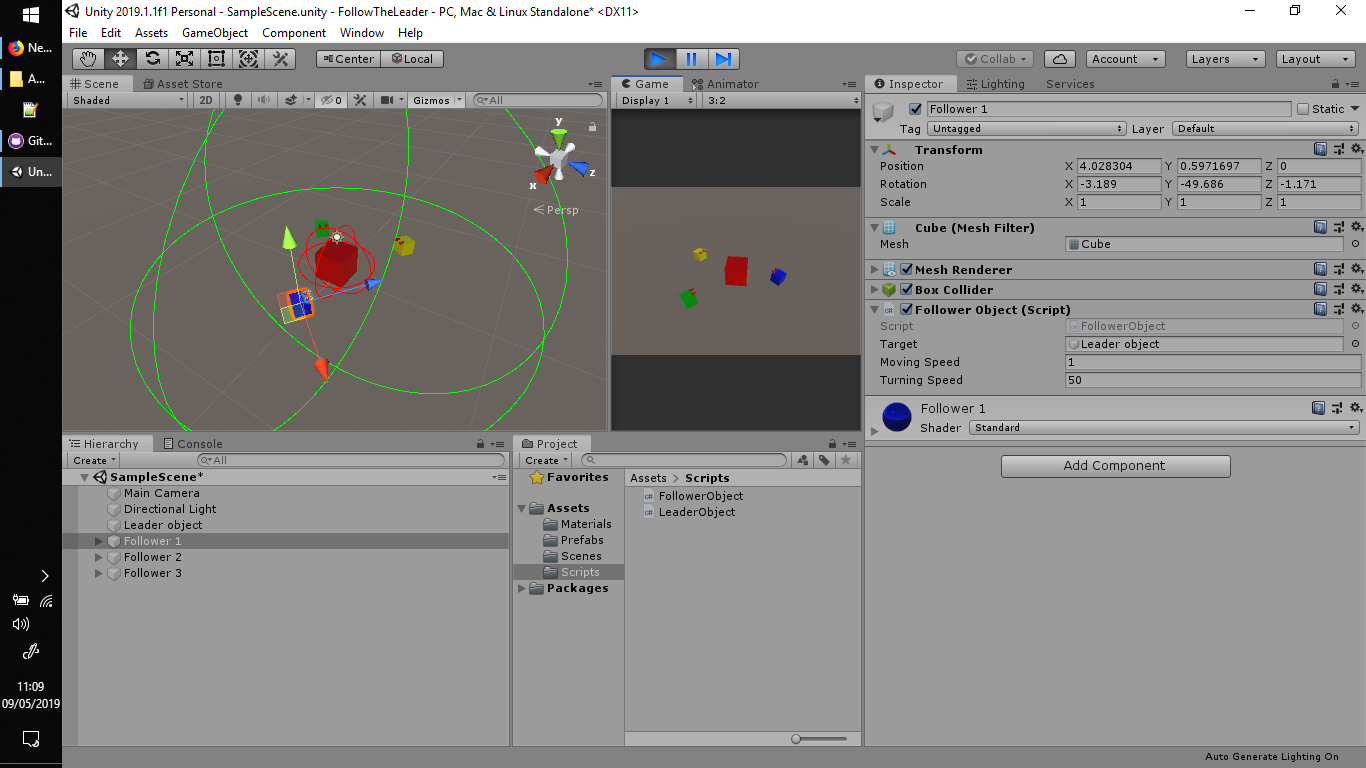 Show all projects by burkard