A Star Search Algorithm by Vladdd97 - 1

[APA ] Course Project at Design and Analysis of Algorithms. A* ( pathfinding algorithm ) implementation in C# (unity)

Course Project at Design and Analysis of Algorithms

This is my (DAA) courser project [ year-II , semester- I] . It is about A* (pathfinding algorithm) . The project was made in unity ,code was written in C# .

In unity you will see 4 scenes.

The first scene 1)ShowPath is jut for finding the best path from seeker (blue sphere) to target (green sphere). 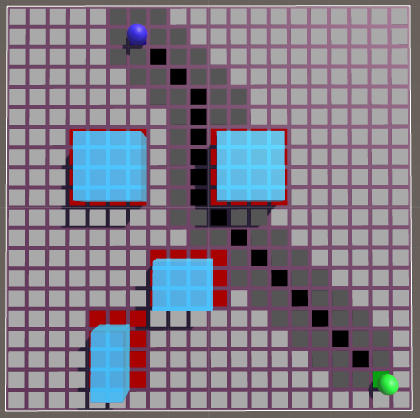 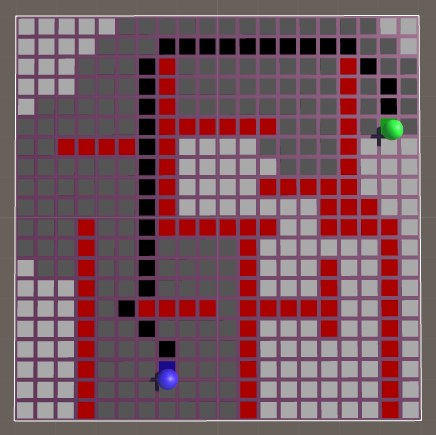 To have the possibility to see just nodes, without obstacles and seeker, or target, you have to go to Scene window and to disable the objects visibility.

Scenes 2,3 and 4 is for visualizing how seeker moves to target. There you will find the different labyrinths and will have the possibility to see how A* works. For that just run the project and press SPACE button. 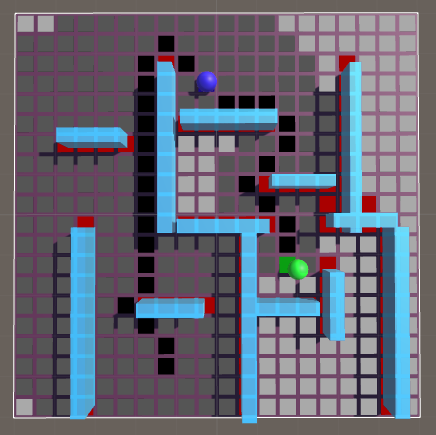 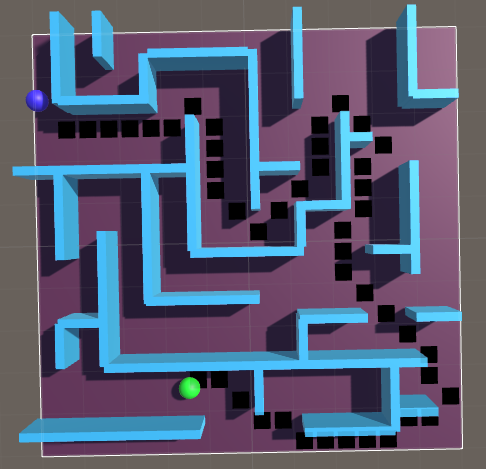 Show all projects by Vladdd97