Part of the larger project related with CRPI and Unity integration with an experimental user interface app for Android. This user interface is intended to operate as part of a larger system incorporating the use of a motion capture system interface.

Part of the larger project related with CRPI and Unity integration with an experimental user interface app for Android. This user interface is intended to operate as part of a larger system incorporating the use of a motion capture system interface. This system would use of a wearable motion capture object and locate objects by observing other objects being tracked as well.

The following image is a representation of this wearable object. 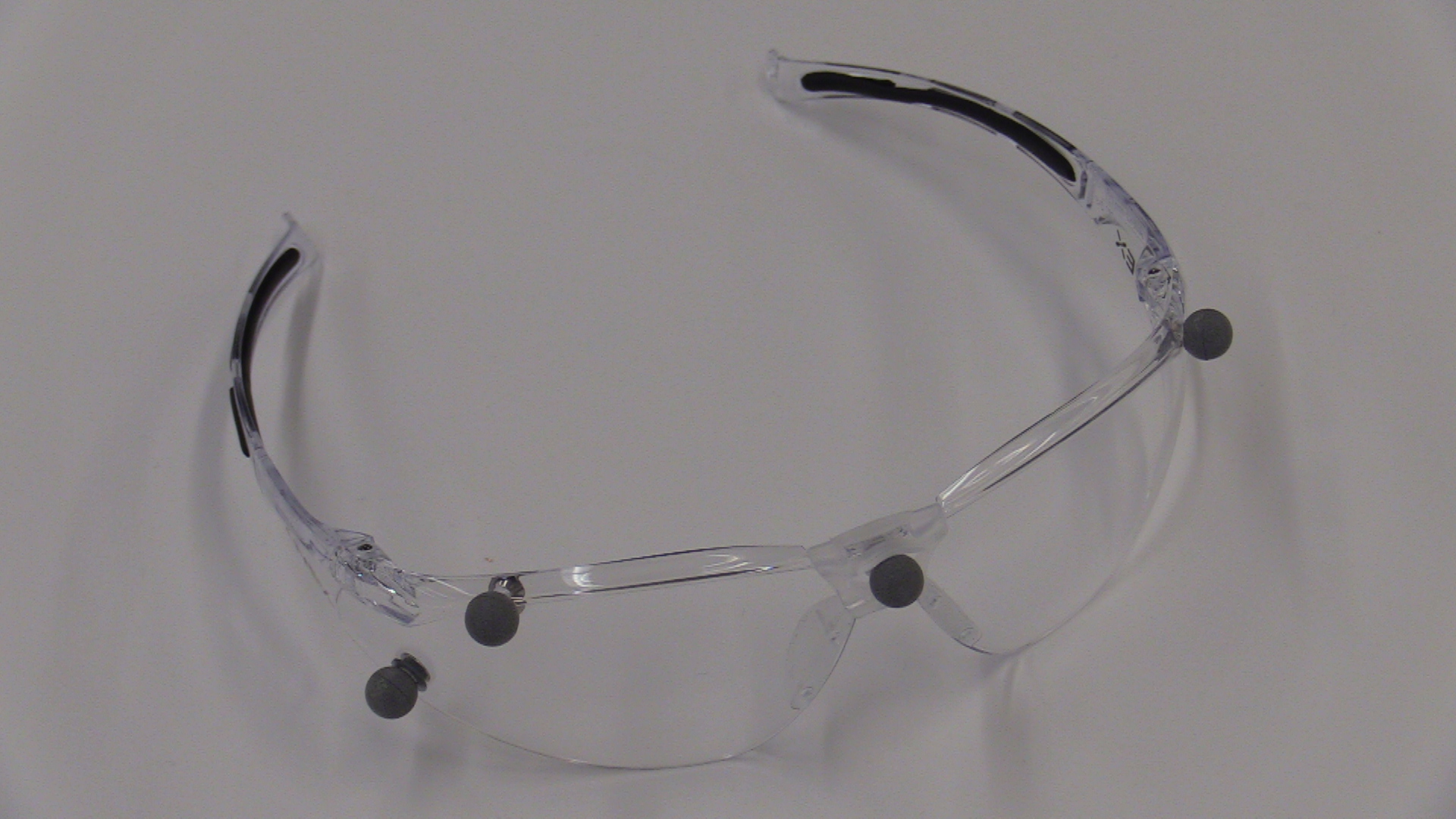 As Github limits the size of uploads, this project will be limited to only including the source folder. Therefore a manual copy and overwrite of the project has to be done in order to download and install the project. This is the process to do so.

To start this app, simply open the unity project in unity and press play in the editor

Alternatively, you can build the solution via File > Build Settings > Build and Run. This results in a stand-alone app that will transmit the required data to the CRPI middleware. You can then create a shortcut for the created app and place it in a familiar location.

Upon starting the program, you should be able to see a preview of an overhead view of the objects that are being tracked by the system.

To track a new object, simply create a new object in the Vicon program, change its name to something you can remember, and utilizing that name apply it directly to the yellowed line on the script in Unity. Every object you would like to track with the system will require this script in order to be tracked.

Setting up the connection to the Vicon

To pair the Vicon client from the SDK, change the IP address on the yellowed line on the server node game object in this script. This will change it to a different IP address. You may keep the same port address.

A note on messages being sent

This app sends data through a TCP connection on a localhost(127.0.0.1) connection on port 27001. This address can be changed in the Server Relay point gameobject. This program is reccomended to be utilized in collaboration with the CRPI framework program being used to interpret the flags sent.

This program sends one flag that is an integer that ranges from 0 - 6. The flag represents the following:

The order and robot list being utilized can be changed under the Minimal_change_robots.cs script in Unity with a list of strings that contain the names of the desired robots to be controlled. The control and use of these objects can be changed by the user.

Special thanks to the following people during SURF 2019:

Thank you all for being the great people you guys are!

Show all projects by OvercodedStack