Head To Head by nuno-faria - 4

An arcade 1v1 football(soccer)/volley/basket game (single or local multiplayer). It can be played online here. It was made using the Unity game engine.

The gameplay is straightforward: two players try to get the ball on the opposition’s goal; the winner of the game is the one that reaches the goal limit first (if a limit was set).

There are three game modes available: football, volley and basket. 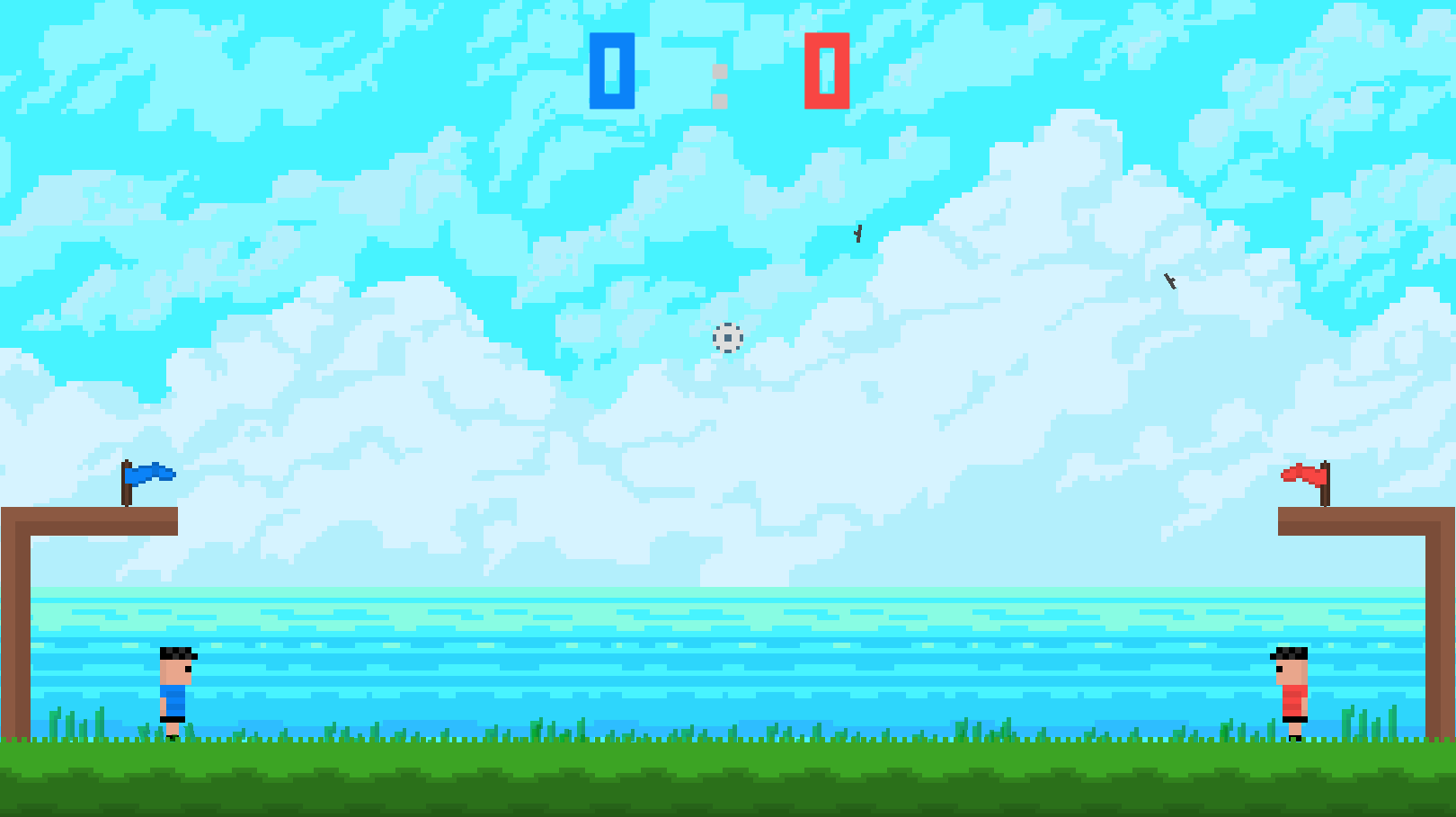 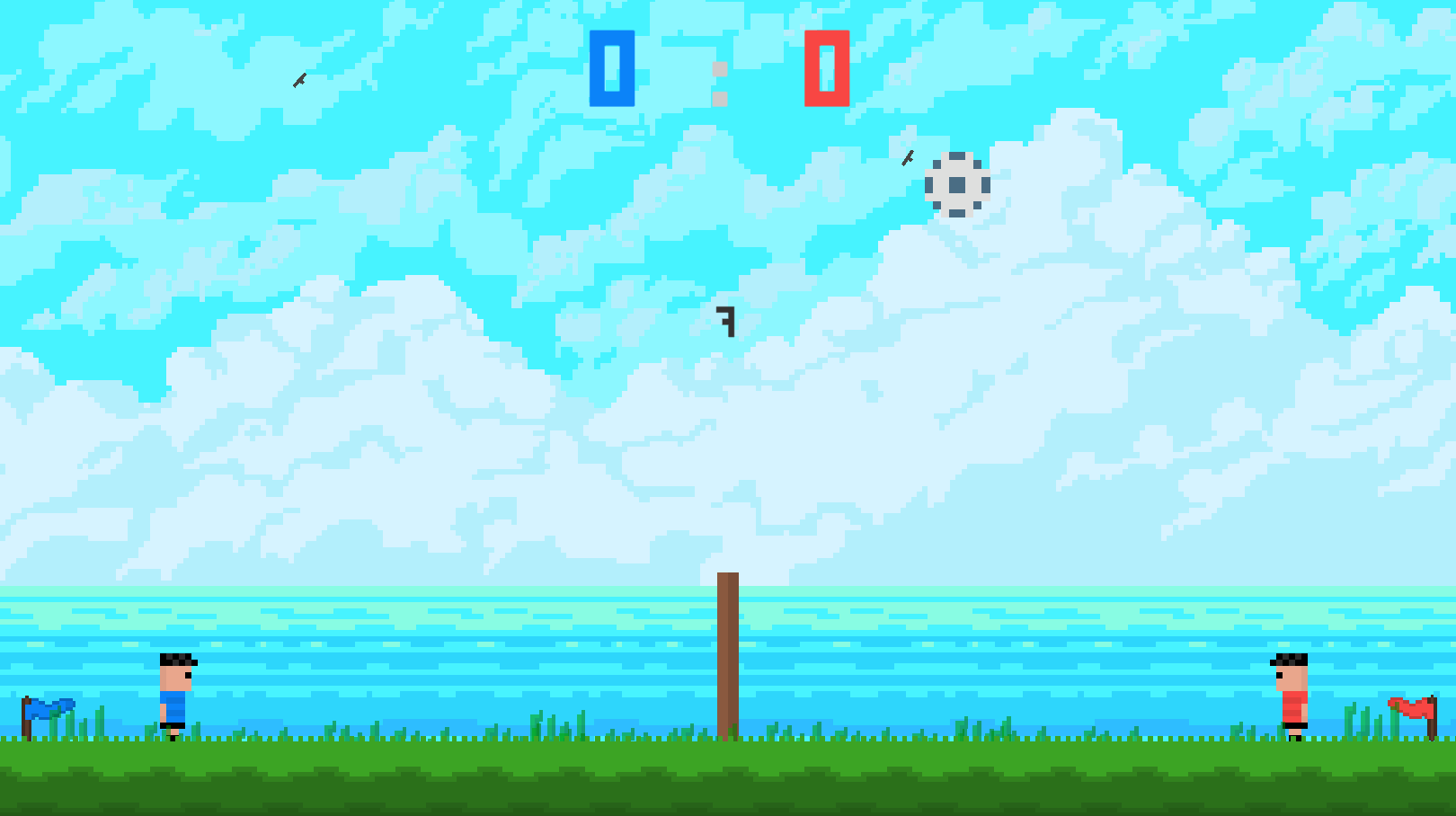 There is a 7 second limit for how long the ball can be in the same area. If the limit is exceeded, the other player scores a point. 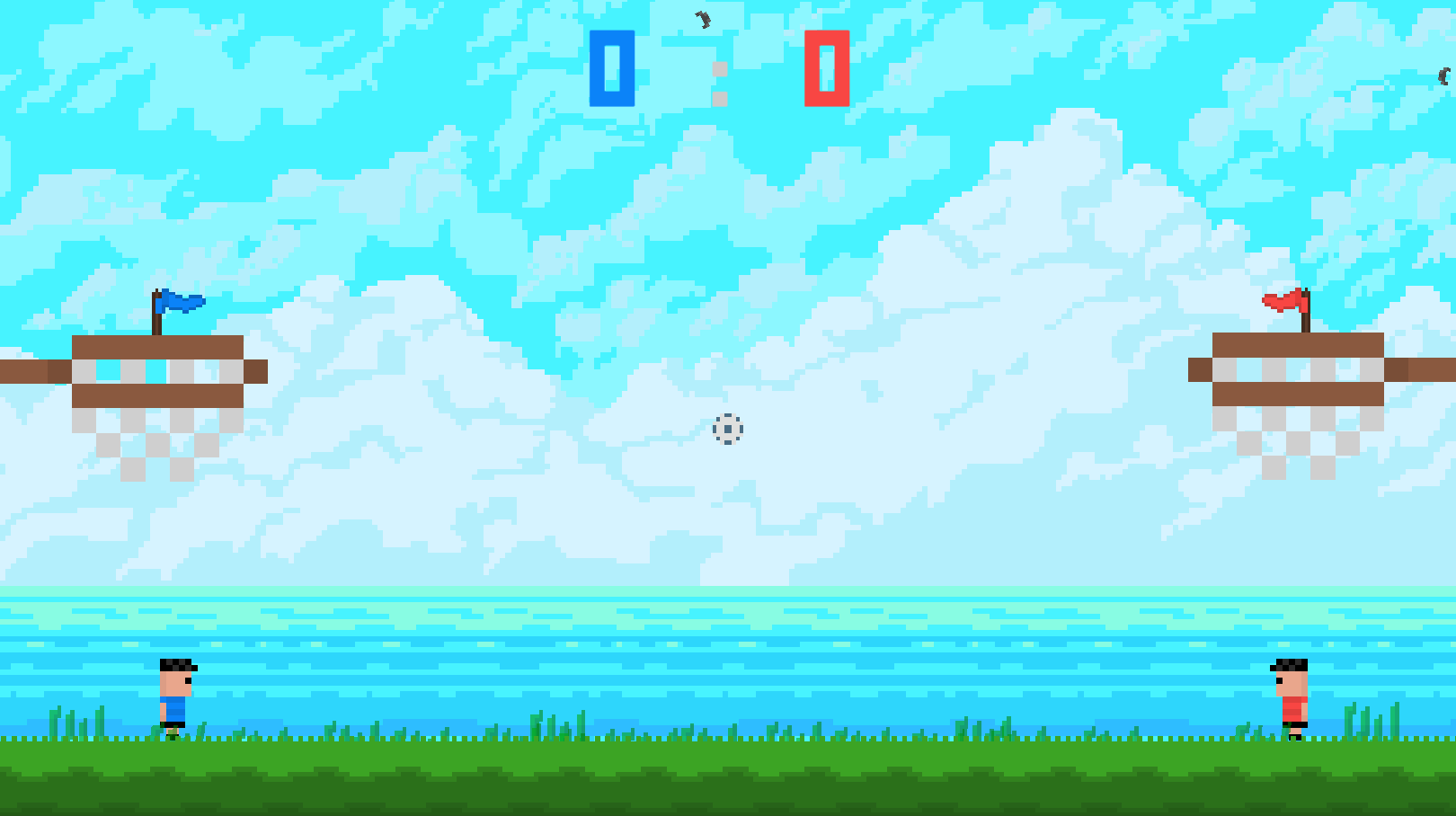 Both the keyboard and the controller are supported, although the controller is recommended way to play. The input used can be changed in the ‘Controls’ menu. 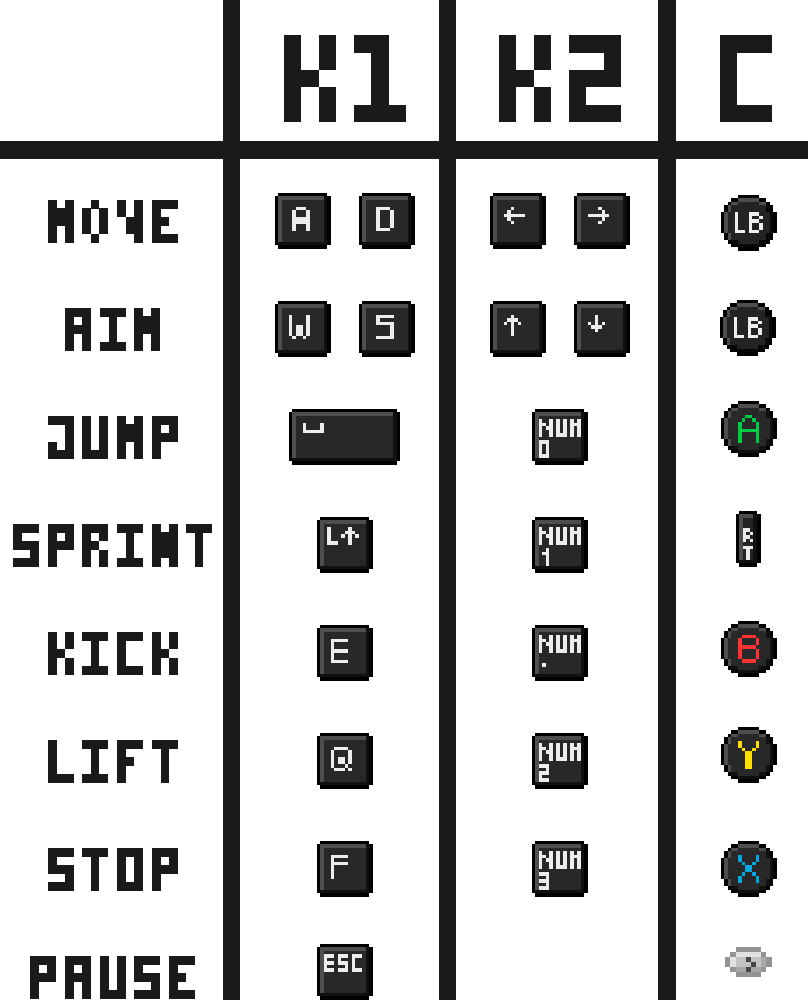 The menu can be navigated both with the mouse and the keyboard/controller. The goal limit can be changed selecting the input field and entering the number or using the vertical keys (W,S,up,down,LB).

The player’s AI was implemented using the concept of decision trees. But instead of writing the functions and all the ifs/elses needed, it was used a YAML file to specify the tree. This file is then parsed by a Python script, that converts it to C# code. With this, the AI can be written faster (less boilerplate code) and it’s easier to understand/manage.

There are two dictionaries that must be provided to the tree:

For example, let’s say we want to create an AI that just follows the ball. The state provides us with the ball and the player’s position. We could implement this AI like so (this could be simplified even further by having an action like data["move"] = state["playerPosX"] - state["ballPosX"] < 0 ? 1 : -1, it’s just a simple illustrative example):

This results in the following tree (using the Assets/Scripts/AI/plot_specification.py script): 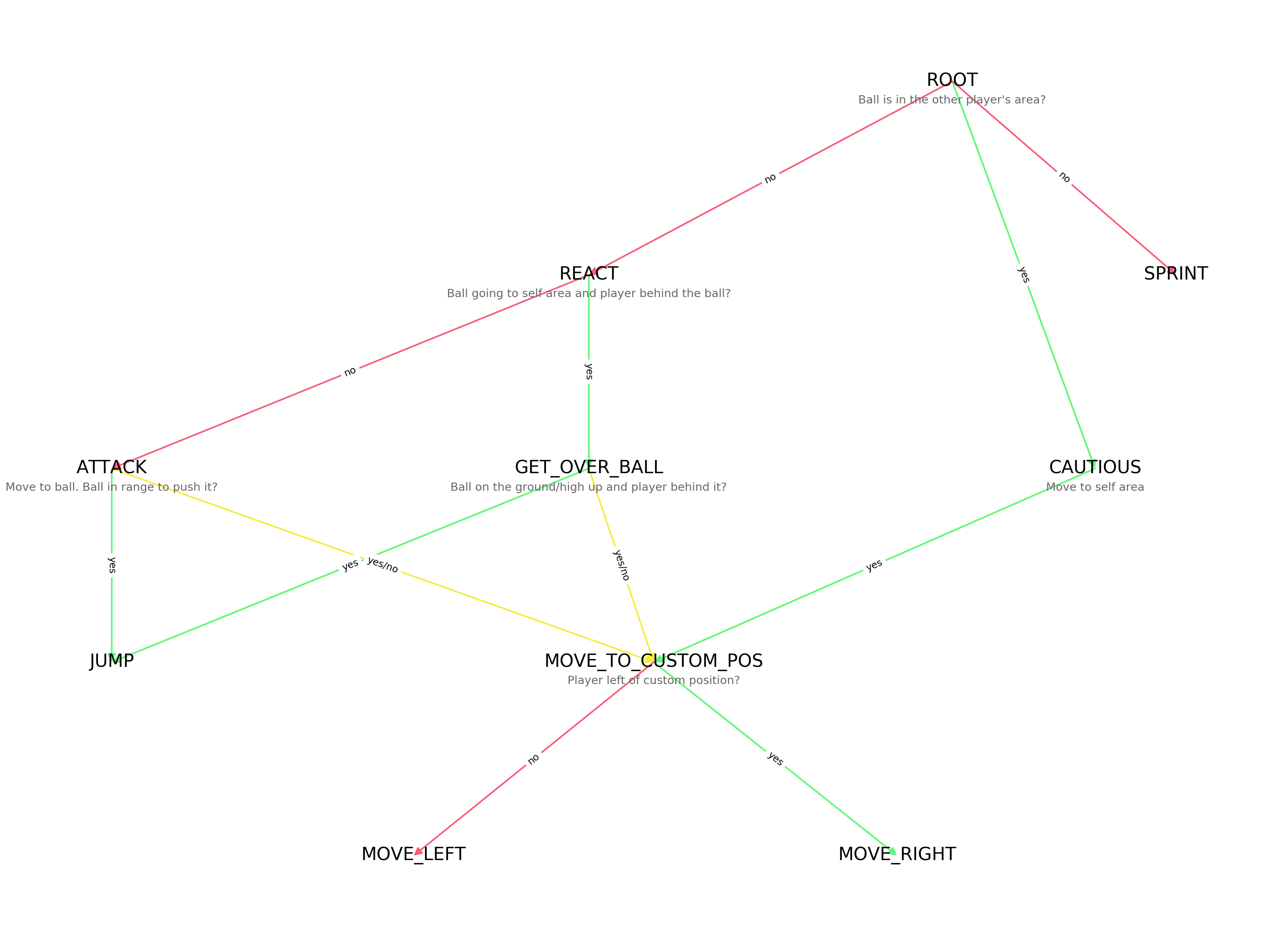 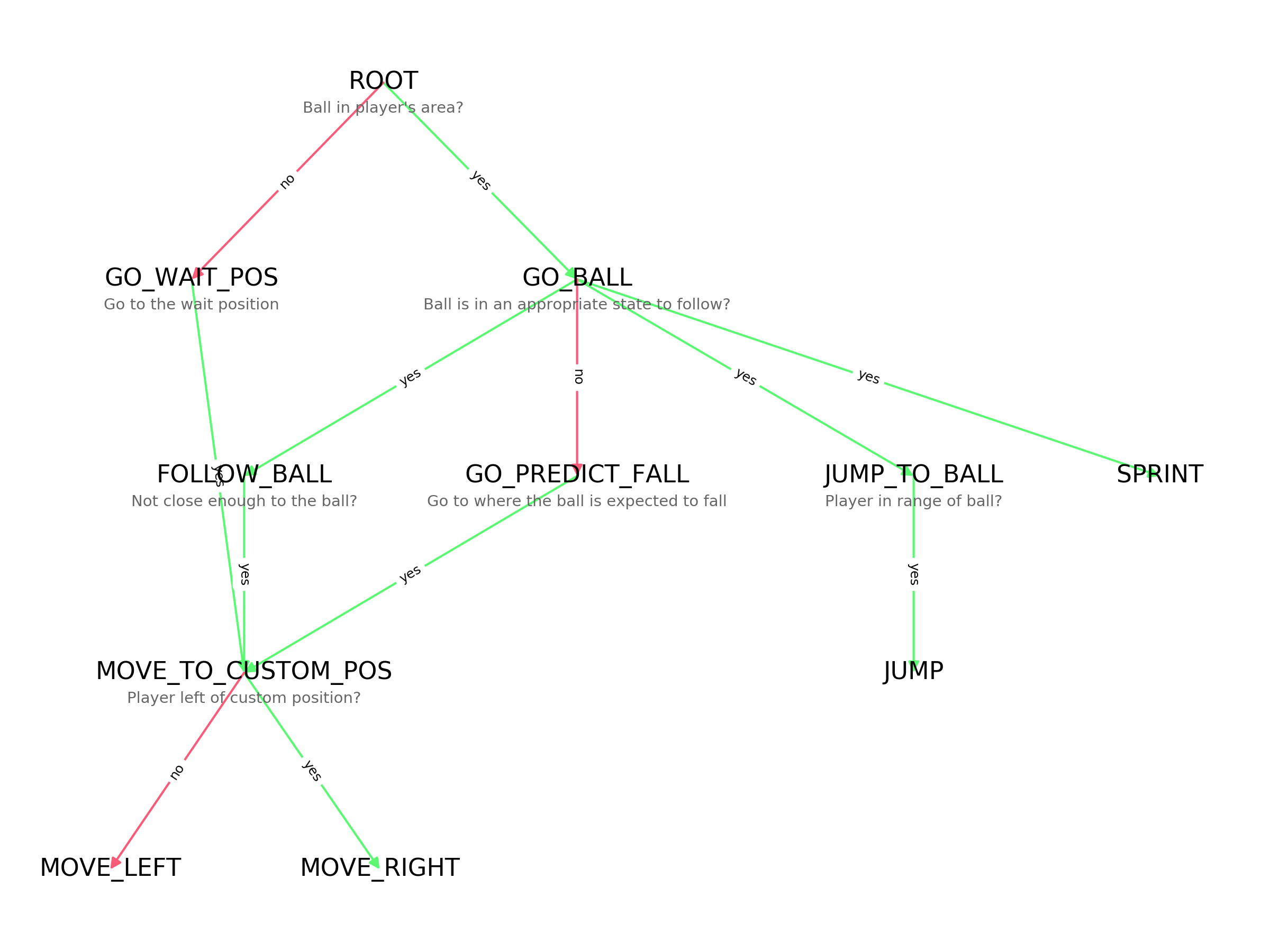 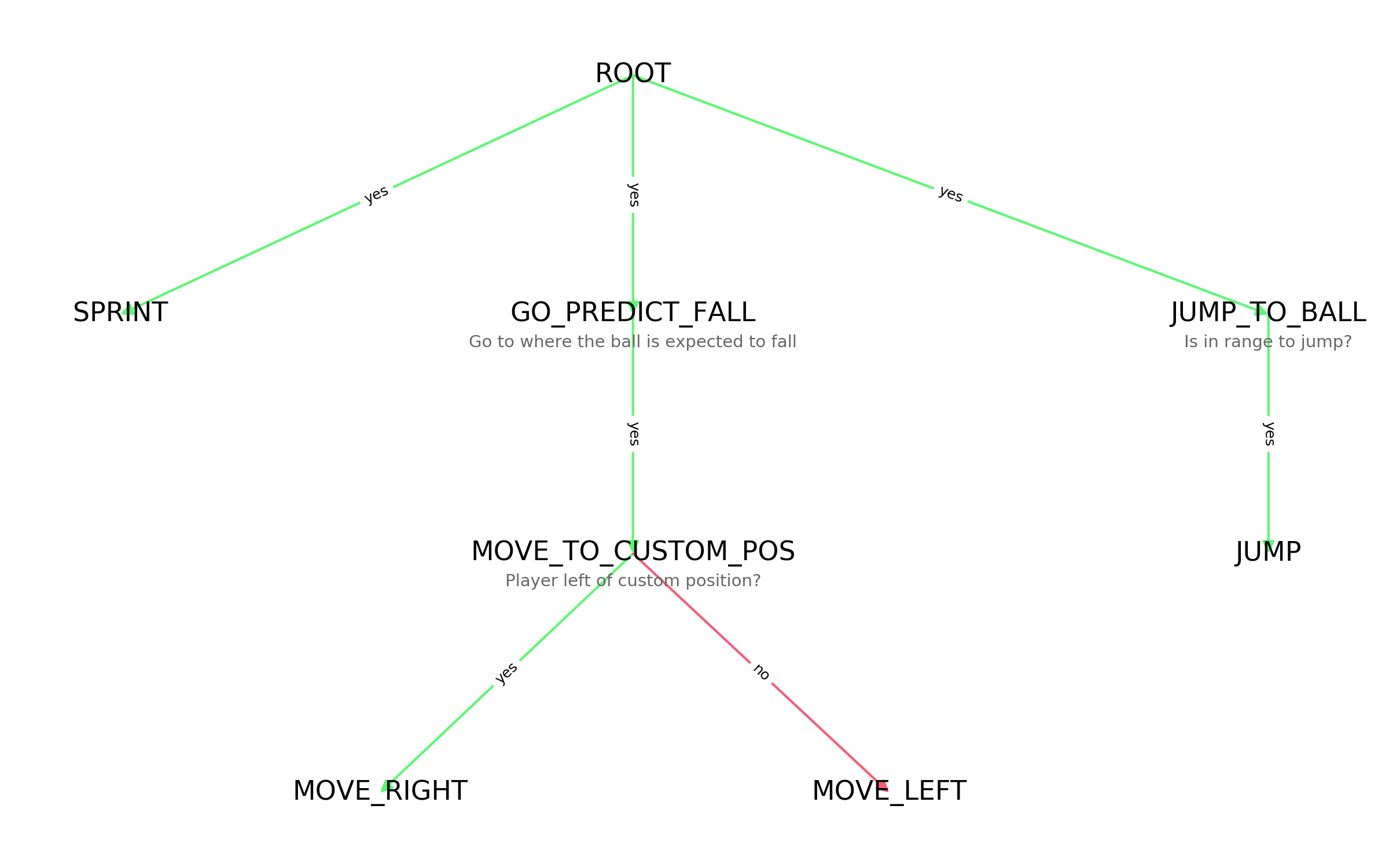 The structure is converted in instructions that adds the nodes to a tree, starting with the leaves and ending with the root. In runtime, the game state is passed to the tree, as well as the data dictionary. The result is provided using the reference to the data.

Show all projects by nuno-faria