Main objective of this blog post is to give you an idea about Smooth Camera Orbit Movement in Unity.

What is Orbit Movement?

Camera is the most important part of a game. Camera provides visuals of objects of a game to the user.

For better presentation, give some functionality to the player of the game. To give visual effect, camera positioning movement is very essential.

One of the Camera movements is the orbit movement in which the camera orbits around the game object.

What is the need of camera orbit movement?

There is some essential functionality, which needs camera orbit movement.

E.g. Let say in a car racing game, player is allowed to choose a car. When the player goes to a car house to choose a car at that time for showing the car from all the sides putting multiple cameras is not a very good idea of presentation. Here camera orbit movement gives wow effect. Camera orbits around the car and keeps an eye on the car for the user input.

Second can be the rotation of planets around the sun.

There are lots of effects and functionalities where camera orbit movement is must.

But, we will consider the above example for simple orbit movement.

How to orbit camera around the Game Object?

Here in this script Mouse moved event is used to delegate the action to Camera controller. Movement of the mouse in horizontal and vertical directions is taken by using axis and is passed to the Cameracontroller. Make Camera Controller script. Assign it to the parent object of the camera. 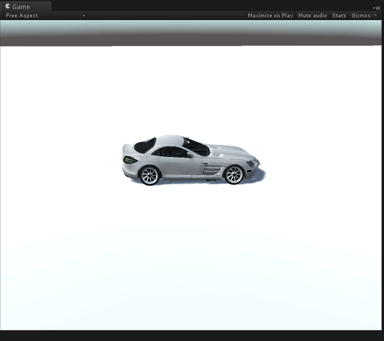 Finally, set up is done so now make the scripts. Make InputManager script to take input and invoke action input. Make a new empty game object and name it InputManager and assign this script to the inputmanager gameobject.

Here in this script Mouse moved event is used to delegate the action to Camera controller.

Movement of the mouse in horizontal and vertical directions is taken by using axis and is passed to the Cameracontroller.

Here in start (), mouse moved event is registered with Rotate ().

In Rotate (), movement of the mouse in horizontal and vertical directions is added to the delta rotation containers.

Now, you are done for the camera orbit movement around the car.

That is advantageous because it avoids possibilities of gimbal lock.

Camera automatically keeps an eye on the car. No need to translate or rotate camera. Just one line code.

In short Camera orbits movement, without rotating the camera!!!

Show all projects by shoaib-wattoo