Jam Let It Rock by Telroshan - 2

Defeat a friend of yours in a rock, paper, scissors game, with spicy encounters. Made with Unity.

Defeat a friend of yours in a rock, paper, scissors game, with spicy encounters.

Let it Rock is one of those two games.

The other game is The Perfect Recipe, a VR game in which you have to cook the right potion at the right time to defeat your enemies !

The first player that reaches 5 points wins the game.

When a player has an advantage of at least 2 points, a minigame occurs at the end of the round.

This game is only playable with 2 players, on gamepads. 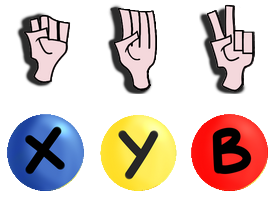 Use the left joystick and

to navigate in the menus.

Show all projects by Telroshan