This repository consists of a small project, that is part of an online course on Udemy, which is a 3D video game, developed using Unity Game Engine (version 2019.2.9f1) and C# Language. 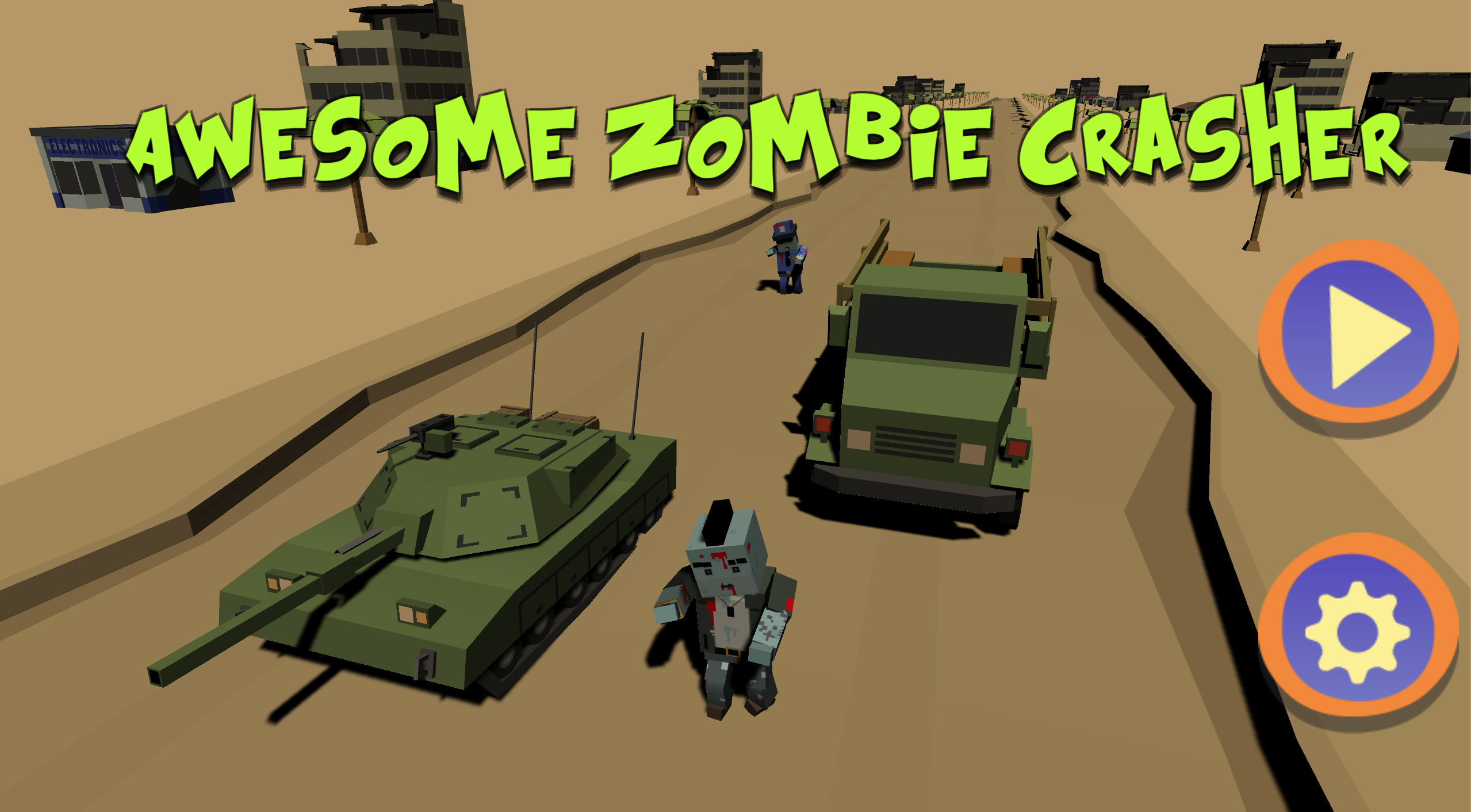 What it actually is?

Awesome Zombie Crasher is a simple, minimalistic 3D game, which would help you deal with your frustration/anger/bad mood (if you’re having a rough day 😜), by giving you the “Power” and “Command” to virtually crush down zombies with your vehicle. Pour down your anger, by smashing Zombies and obstacles coming in your way, which would save the real world (and YOU of course 🤪) from destruction!

Note: This is a work in progress! So, try NOT TO LOSE YOUR CALM, if something’s not working the way you’re expecting. Feel free to point out issues (if you come across any), so that I could try to resolve them!

Tools required to access this project on your system:

You could play the prototype of this game in your browser (as it has been built for WebGL Platform for ease of access to public), which has been developed using Unity(version 2019.2.9f1, Personal).

Note: Depending upon the browser you use, and its support for Unity WebGL, you might or might not be able to play it properly. I encountered an issue (Unity WebGL not supported) while opening the project on following browsers installed on MacOS Mojave(10.14.6):

However, the issue of Unity WebGL not being supported, could be fixed, by performing the following steps, in Firefox:

Performing the exact same steps mentioned above, I was able to resolve my issue!

Click here to play the game! (Download the zip file, unzip it, and open “index.html” in Firefox)

Show all projects by bhavinsavajiyani