A Unity game that records in-game statistics in a database, and a C# Winform application to visualize the data

This is a C# project that comes in two parts:

The Unity game was not developed by me, it is a publicly available Unity “Survival Shooter” tutorial. Within it I implemented code that records in-game statistics for each game session in an SQLite database. This database can then be loaded into the Winforms visualizer, which will display the data, including a heat map of where the player died.

The database is called ShooterGameAnalytics.db and is located in the zip file folder in SurvivalShooterTutorial\Assets\Database.

3 of the stats for enemies that are recorded per round: average distance to player when killed, average survival time, number killed.

I made two new scripts in SurvivalShooterTutorial\Assets\Database:

Also, some small changes were added to existing script, just small bits where GameRoundStats needed to be updated. All extra code in these scripts is appended with a “//@@” comment for easy searchng. Scripts touched are EnemyHealth.cs, PlayerHealth.cs, and PlayerShooting.cs

For the visualizer, you must open the database (there is only one db file in SurvivalShooterTutorial\Assets\Database). Once it is loaded, you can choose to view statistics from all game sessions or choose a specific one. As discussed with you, a DataGridView was used instead of a PropertyGrid. The UI logic is all in ShooterGameAnalysisForm.cs and the database querying is in DatabaseReader.cs. There is also a game icon. 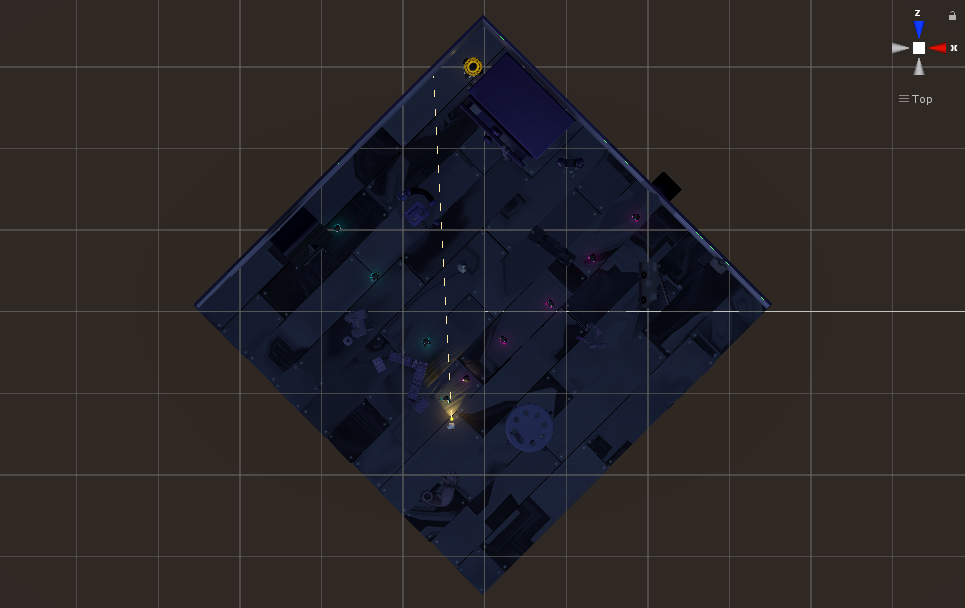 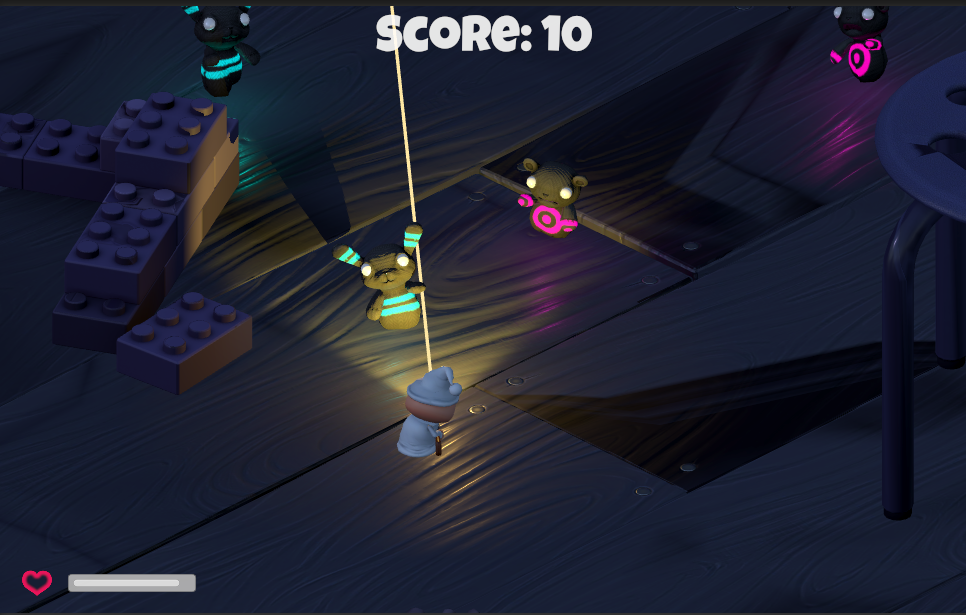 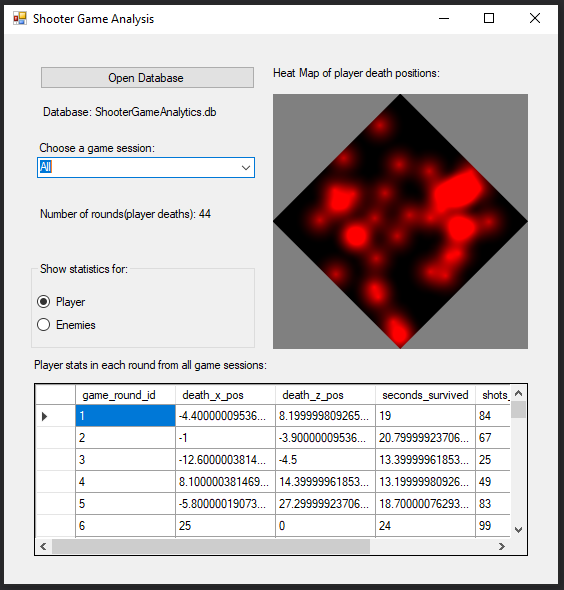