The Legend Of Sheridan by AlessandroPro - 6

The Legend Of Sheridan

This project was imported from GitLab.

The Legend Of Sheridan is a small game made in Unity where a hero, Erika, traverses two dungeons while picking up weapons (mace, mage staff, bow and arrow), fighting enemies (knights, zombies, dragon), riding a horse, and unlocking doors with keys. This game somewhat mimics the style of The Legend of Zelda: Link’s Awakening, with a top-down camera view.
The purpose of this project was to exercise and demonstrate our understanding of player movement, animation blend trees, object and enemy interaction, scene management, and the use of inverse kinematics.

This game was developed in Unity 3D on a team of 3 programmers.

All relevant code is in the scripts in /Assets/Scripts/.
My major contributions to the project:

There are keys that can also be picked up. Any items that are picked up are part of your inventory within the current dungeon, and the equipped item can be swapped, this includes keys.

(each moves with a navmesh)

Any weapon can kill them.

Attack with the bow and arrow: 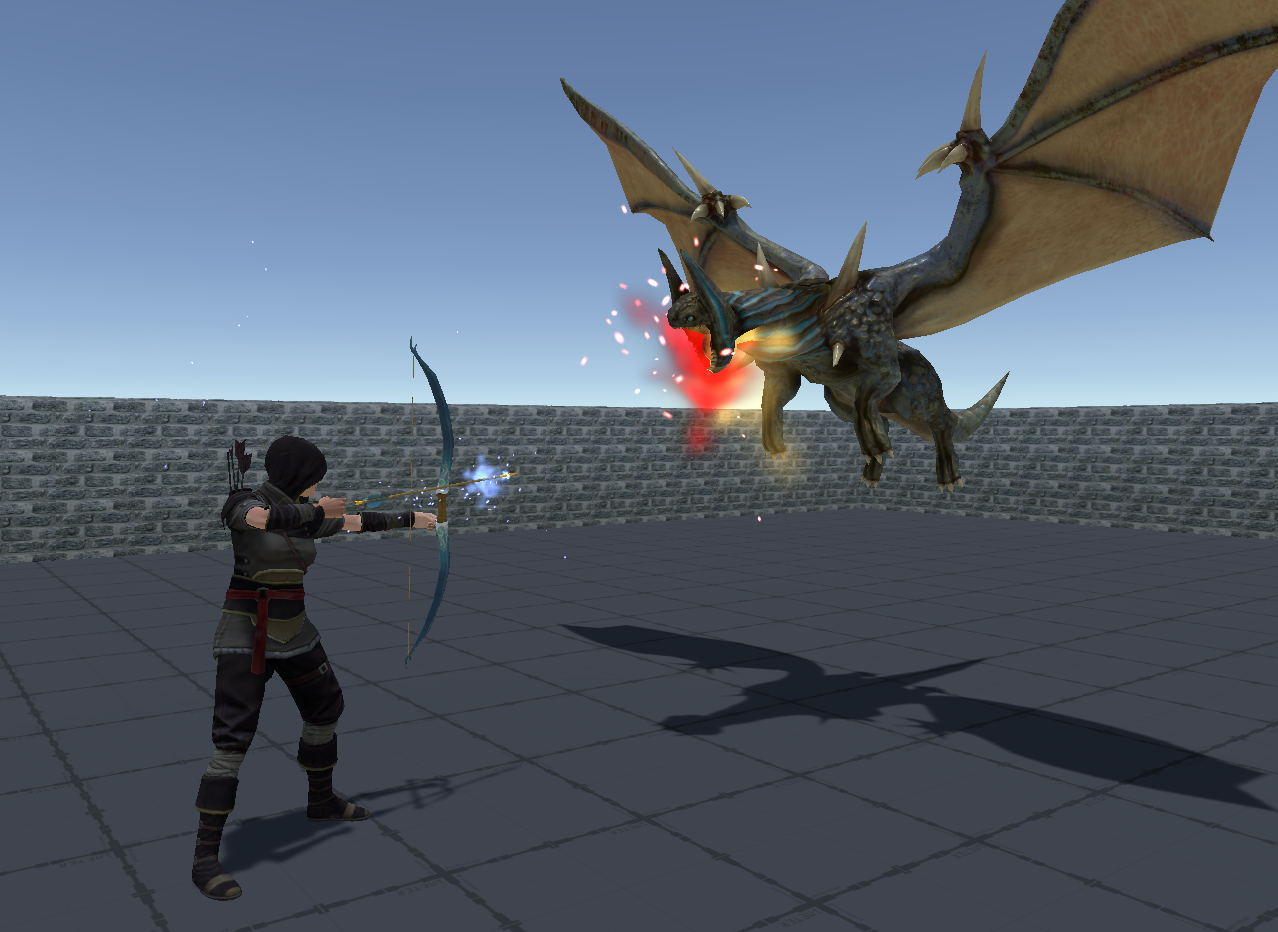 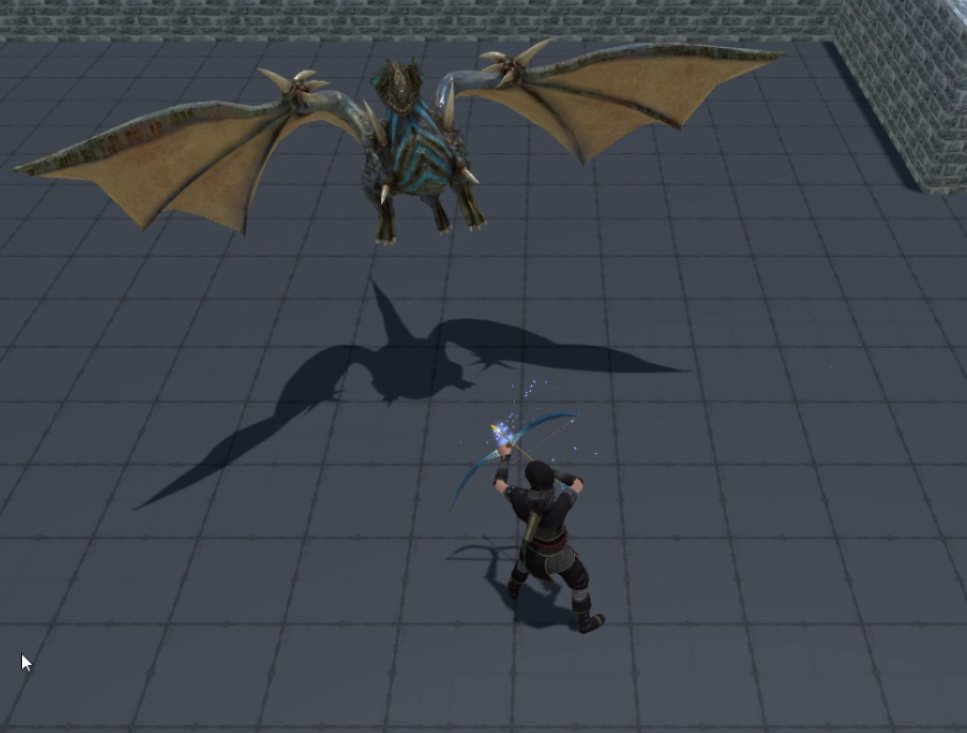 Attack with the mace: 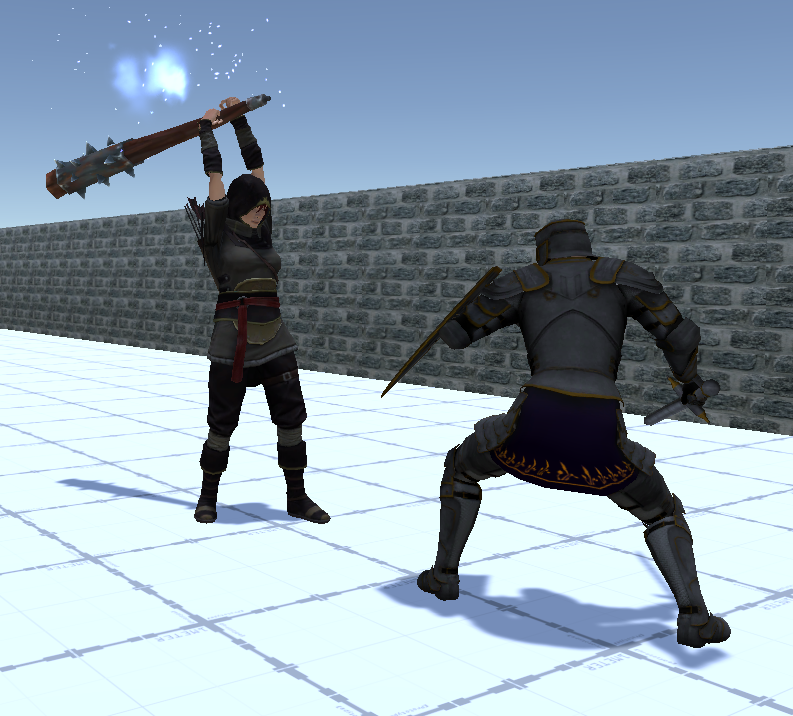 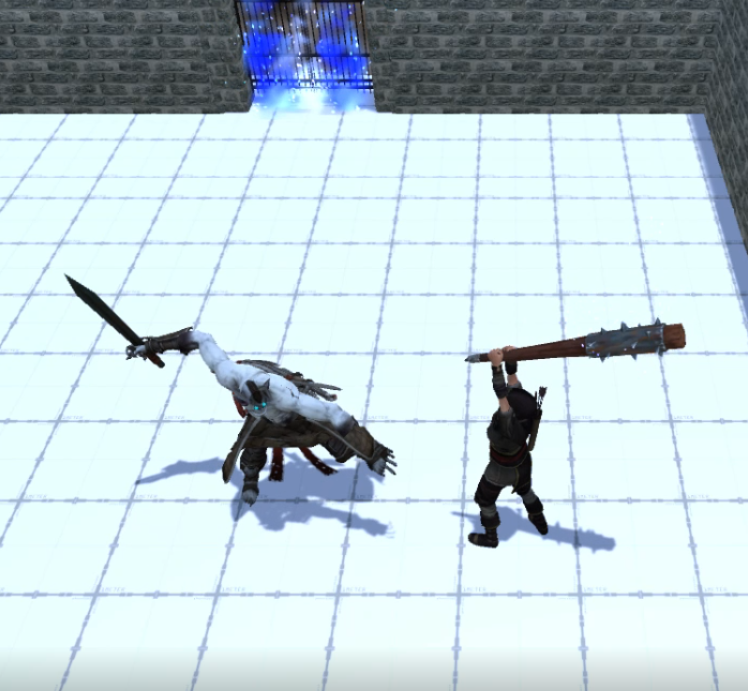 Kicking open a gate after unlocking it: 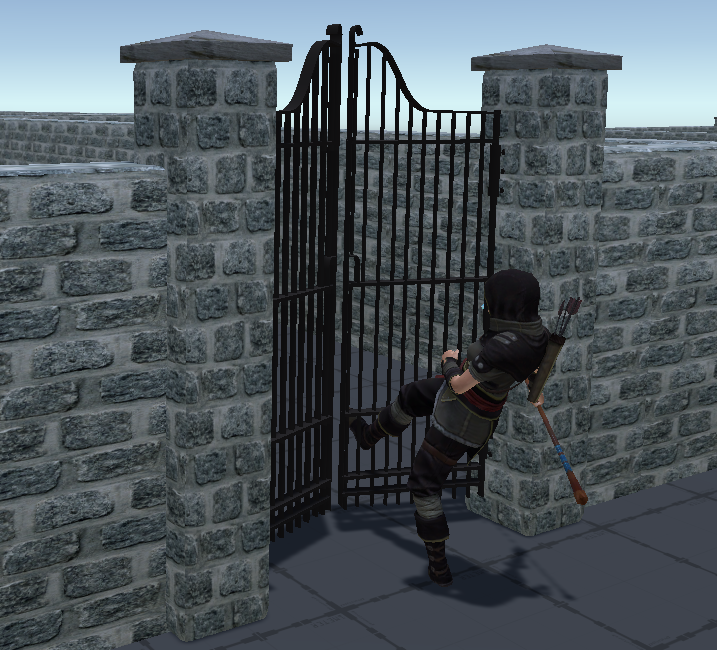