Simply download and copy to anywhere in your project’s Assets folder. The new generator types will appear under the “Custom” menu option of the MapMagic editor window.

The following graph picks either the Constant, Noise, or Voronoi generator to create the heightmap, with equal probability. 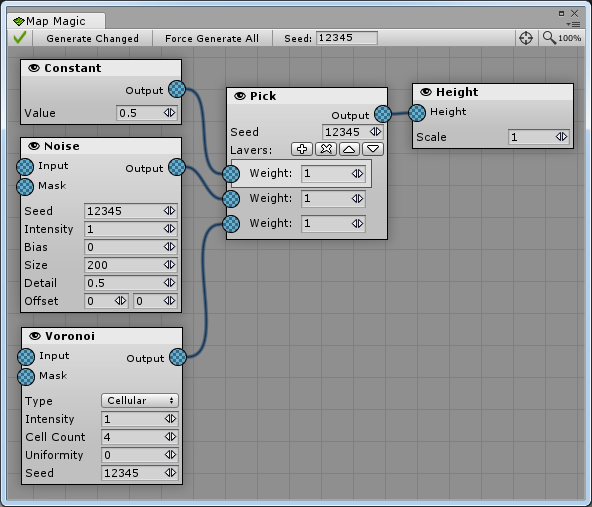 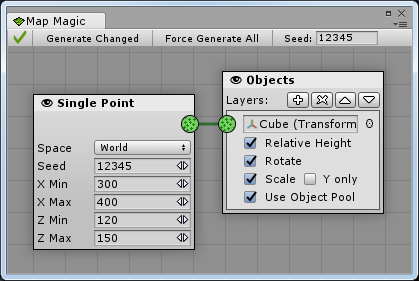 Show all projects by alastaira