A lightweight networking framework of 3D synchronizing.
Which separate data synchronizing from the logic built on these data.

It is used in and driven by a acedemic project in Carnegie Mellon University.

This is an under developing project (see Devlog), evolving with the project using this framework.

In OOP, we inheritance hierachies.
In an ECS design, we use combination to describe the commonality and difference between entitits(classes), and support polymorphism by removing and adding components in the runtime. 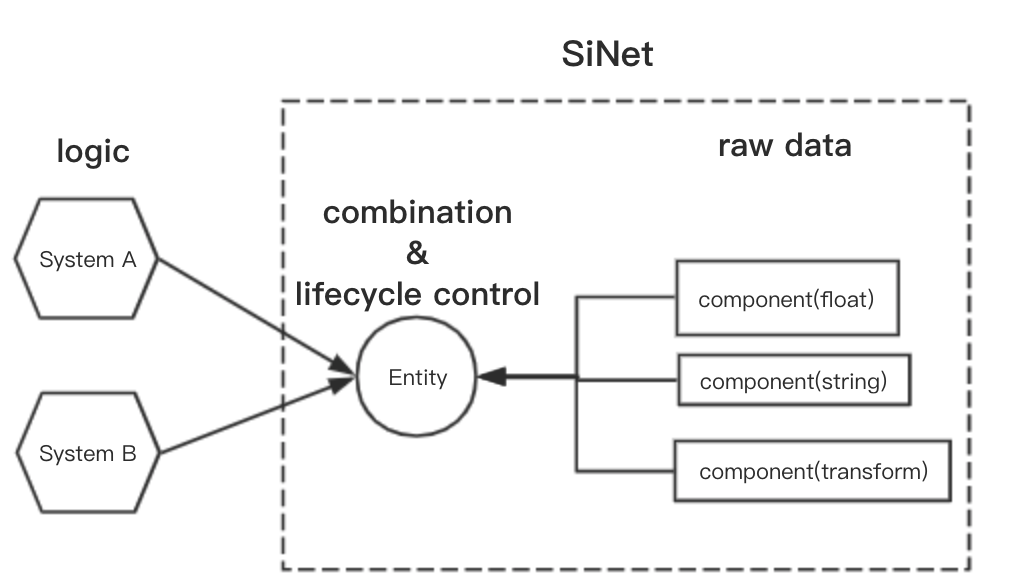 separate the codes of source entity and its replication on other clients.

By instancing different entity, we can write two versions on authority side and replication side:

Our framework will do the mapping between two side across servers and clients: 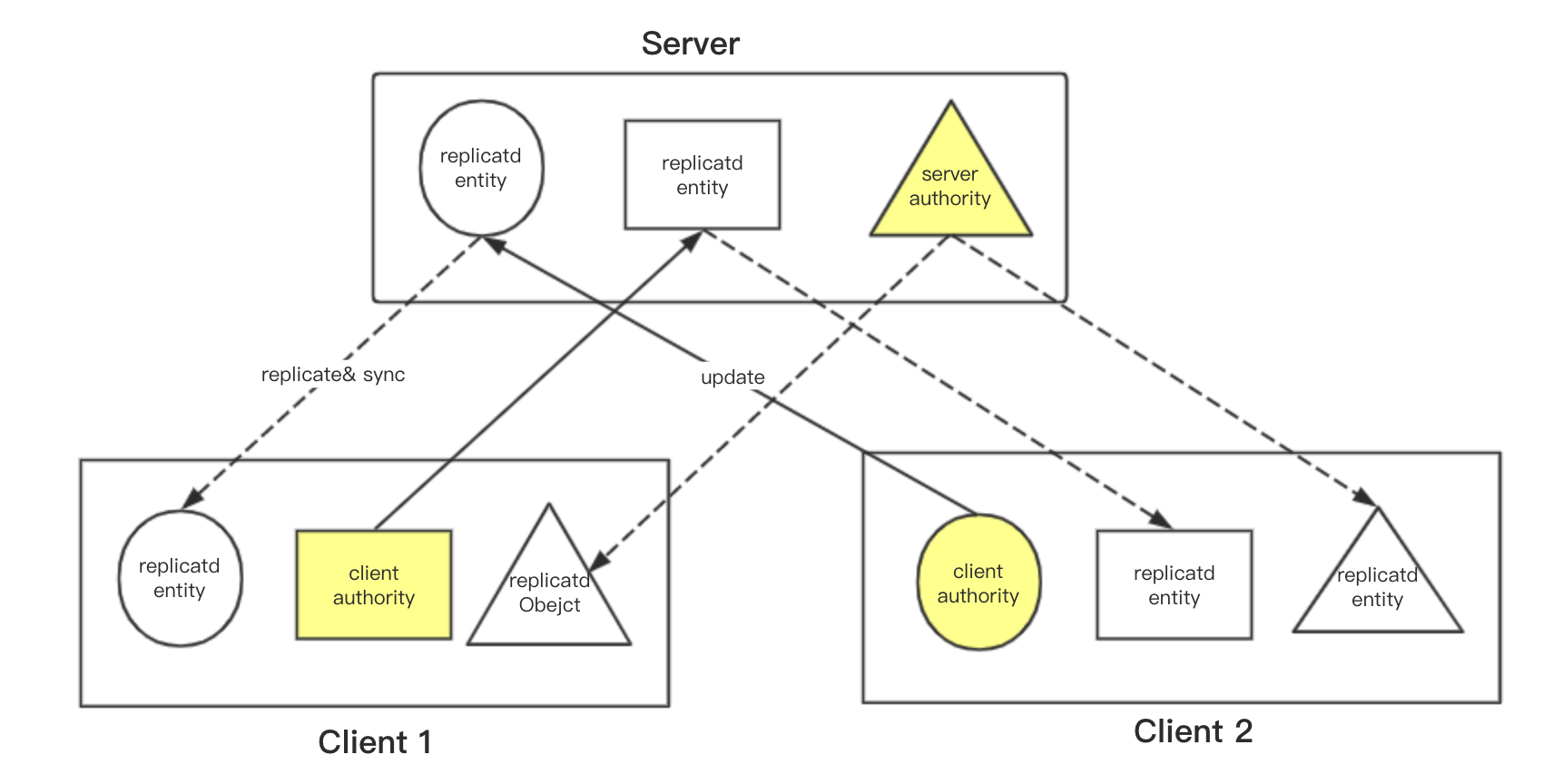 Show all projects by W-Siqi