What we attempted to build

Our initial goal was to create some sort of procedurally generated structure. Lauren found a Unity maze generation tutorial which we were initially considering, but since a maze is more comparable to a series of connected hallways and not rooms, we decided to keep our minds open a little bit more before we started. Zeke then found the following YouTube video, which shows off procedural generation of a dungeon-like structure in Unity: 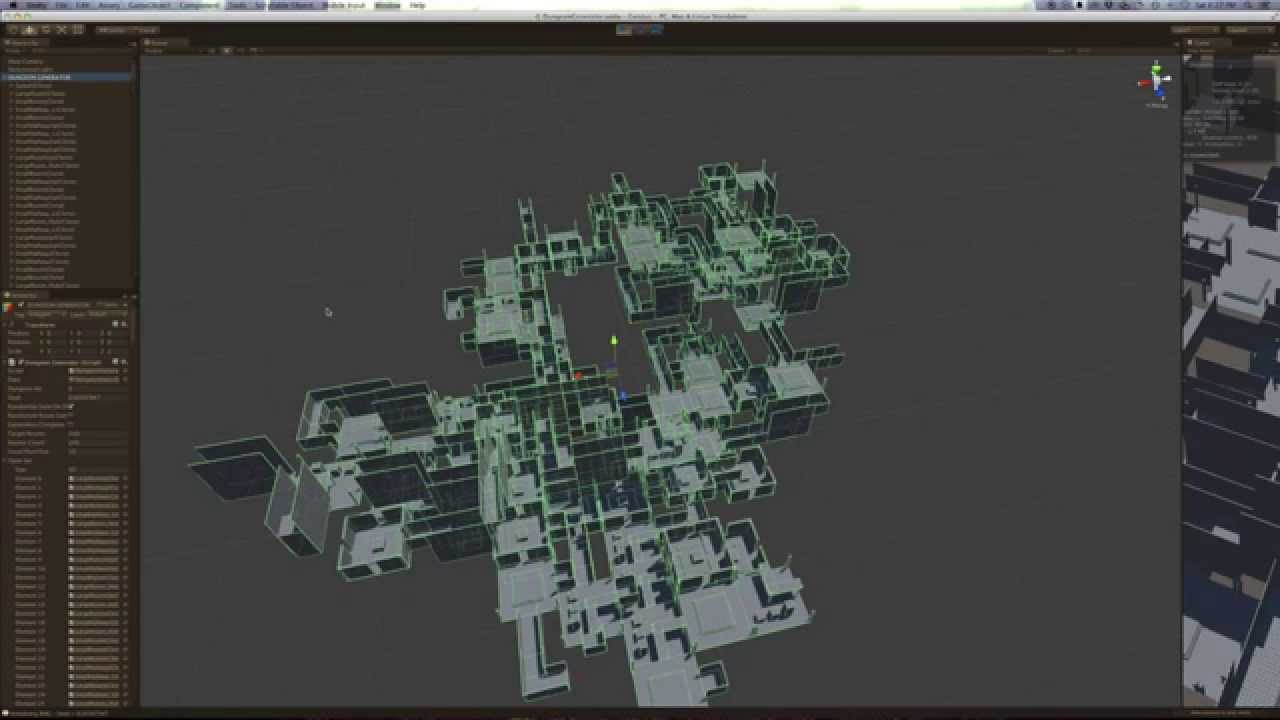 The video linked to a Reddit post by u/DMeville, in which they outlined (in pseudocode) the general algorithm they were using. For our Hack-a-Thing, we decided to take a stab at implementing that pseudocode. Zeke had a faint understanding of the “roguelike” genre frequently associated with dungeon-crawling, which is what gave this project its name.

Zeke worked on the algorithms to couple rooms together at pre-defined doors and to determine whether two rooms were intersecting or blocking doors. This door-blocking functionality is still a little buggy, but for the most part it works currently.

We worked together at the end to try to find and fix some bugs with rooms spawning inside of/overlapping other rooms, which generally turned out to be an issue with Vector3s not being precise after having rotations applied to them.

After some careful debugging and rounding, we managed to get everything working as planned. 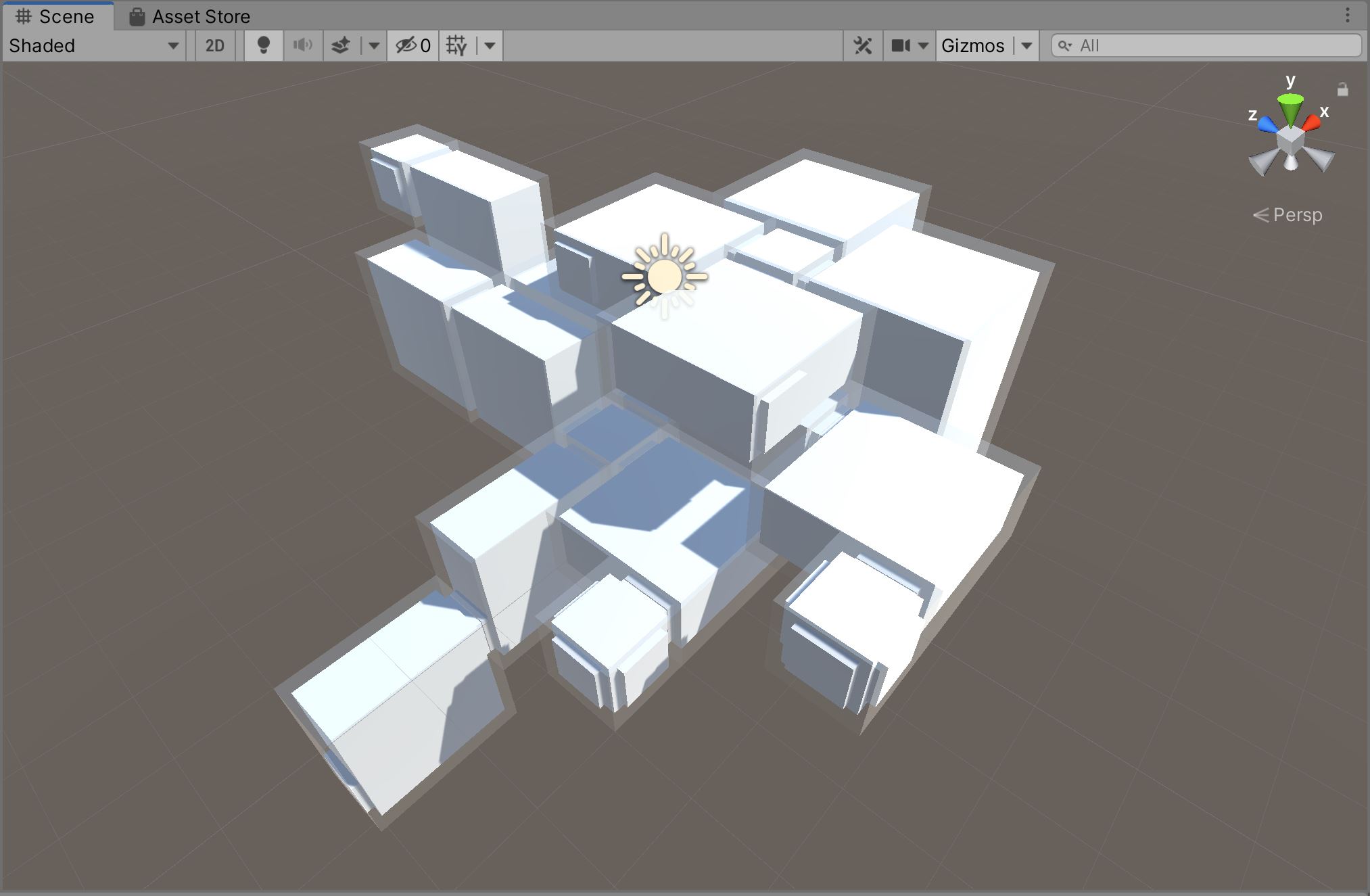 How does this hack-a-thing inspire you or relate to your possible project ideas?

This hack-a-thing covers the main functionality of this project that Zeke is most interested in working on for this project. For both of us, it is inspiring to have a feature of our game that will likely be integral to its functionality working (at least primitively) so soon.

Having this functionality working early on is useful because it will allow for diversity in play experience when conducting user testing. It is good to figure out the basics of procedural map generation early. A solid foundation will give designers a lot of freedom and developers a lot of time to build out the map generation into something very polished.

As mentioned earlier, we had some issues with rotations of Vector3 values that resulted in some Rooms generating on top of one another as well as Doors being blocked by walls.

We also initially attempted to incorporate Tuples into our RoomManager, which eventually had to be changed because Unity does not support Tuples.

Show all projects by dartmouth-cs98