This tutorial takes you through the steps of integrating StretchSense BLE Demonstration Glove hardware into Unity and using it to animate a hand avatar that copies the gloved hand.

While we use Unity in this tutorial, integrating a StretchSense BLE Demonstration Glove into your animation or mocap software environment follows the same fundamental steps no matter what platform you use.

We will continue to develop and roll out support for specific platforms, but for those who cannot wait and want to take matters into their own hands and get started straight away, this tutorial will serve as a guide to what is required.

This tutorial focuses on creating a basic Unity glove application which can connect to a StretchSense Demonstration Glove via BLE, communicate with the glove, calibrate the raw sensor data and convert it to inverse kinematic (IK) data, and using this IK data to animate a hand avatar.

StretchSense sensors are accurate, stable and repeatable. This makes it possible to easily train the glove to mimic real hand motion.

When deciding the number of poses and hand shapes to use, the goal is to make sure each sensor has at least one pose where it is at its minimum stretch, and at least one pose where it is at its maximum stretch, and that no two sensors are at the same degree of stretch in all poses. For more advanced calibration, poses with intermediate levels of stretch may be added. The key advantage to this method is the app itself does not require any prior knowledge of the locations of the sensors, and the process will inherently account for differences in the way different people wear the glove.

To create your own set of reference poses:

How to find coordinates for poses?

In this video we will show how assets coordinates are used while calibration. An assets may have different coordinates so we need to check in unity first how x,y & z are behaving before we set them up. Show Video: ShowingPoses 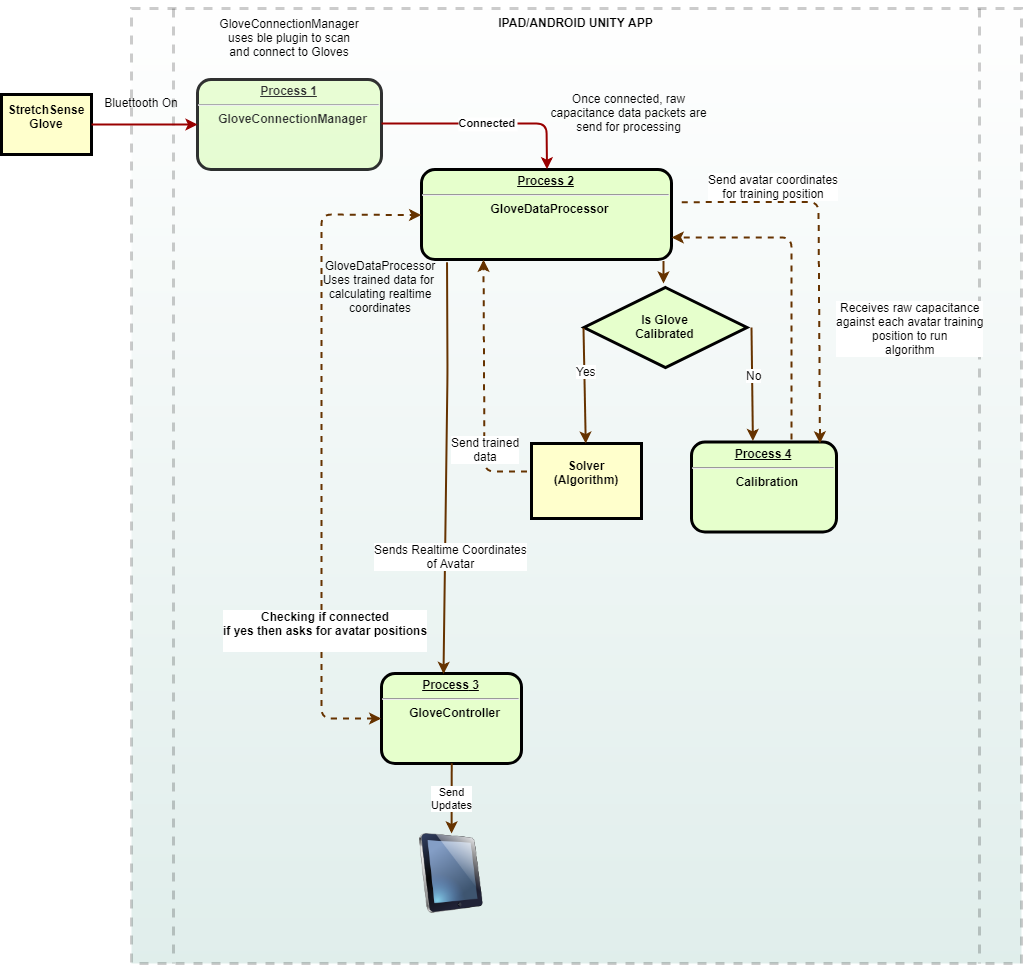 Show all projects by won21kr