A toolkit for easily creating user interfaces in Unity with the Leap Motion controller. 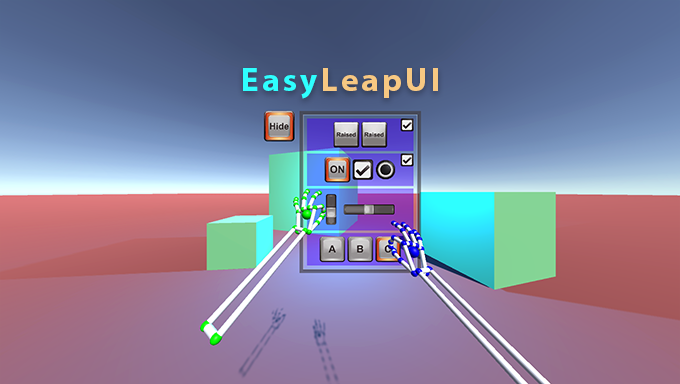 A unity packaged version can be downloaded from here: http://www.filedropper.com/easyleapui100

EasyLeapUI requires the Orion software update. It can be downloaded for free from: https://developer.leapmotion.com/orion

The LeapPinchDetector.cs script (already included in this project) is also required for detecting pinches. It can be downloaded for free with the Leap Pinch Utilities: https://developer.leapmotion.com/unity#modules

These are GUIs that you can interact with by pinching.

An example scene is available in the following directory: EasyLeapUI/Scenes/Example.unity

The EasyLeapUI_Examples.cs script shows how methods are hooked to the GUIs and NUIs.

Show all projects by DenizTC