This repo is mainly built for the final project of CPSC6820-3D-Game-programming. In our project we use Unity as our development game engine. Website for this repo: https://mwfj.github.io/Final_Project_in_3D_Game/

For our lastest update, see this link: update

Note that: Since our game map is dynamically generated, it will still take some time to generate the game map at the beginning of the game

Screenshot for our First Playable Version 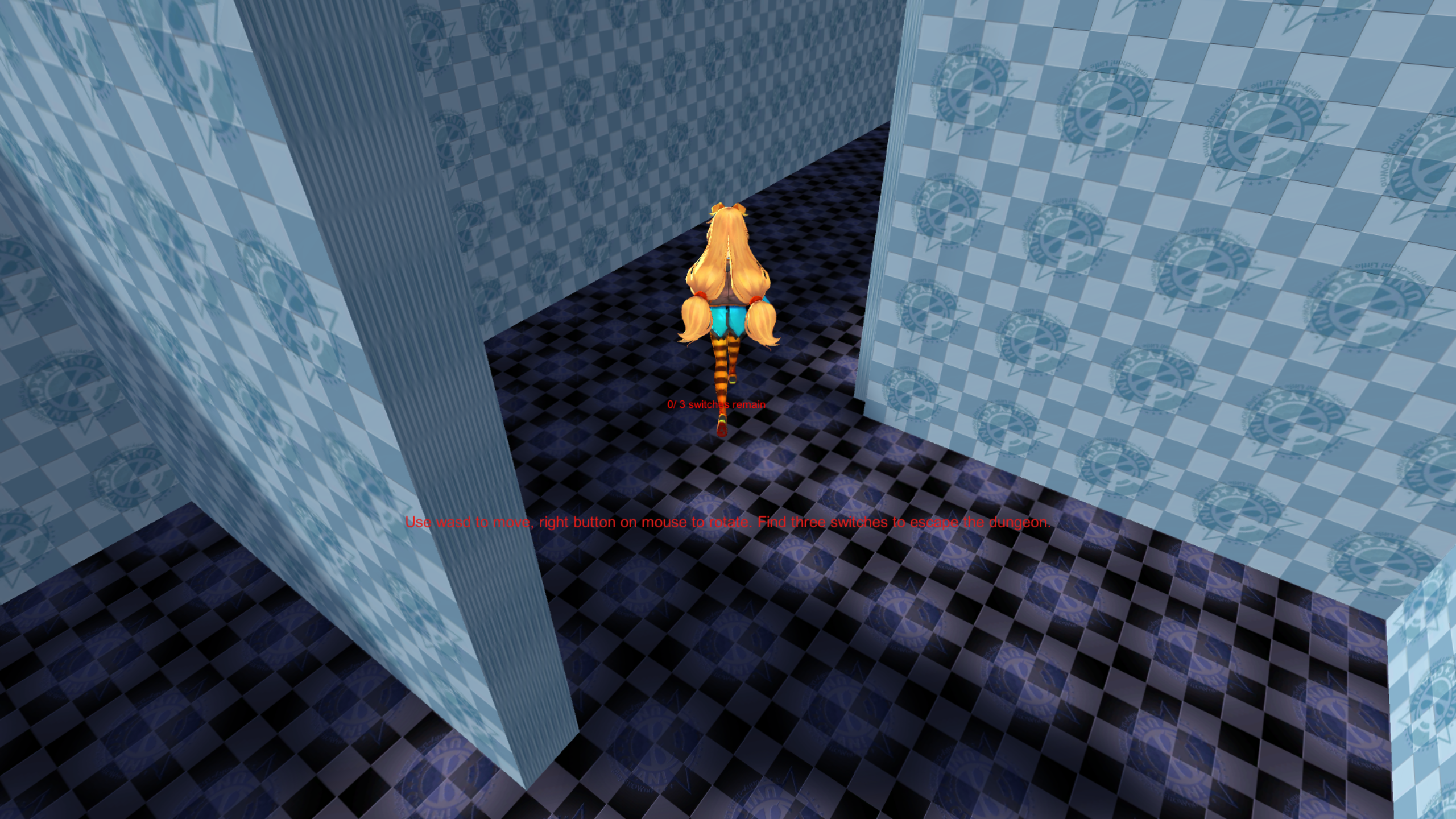 Screenshot for our SecondPlayable Version

If you want to import assert, please note that the scene name we use call “Main”.

Then if you want to make runtime agnet work, plase manually change the NavMesh Agent setting and NavMesh Bake setting in the “Navigation” Window(Figure below) 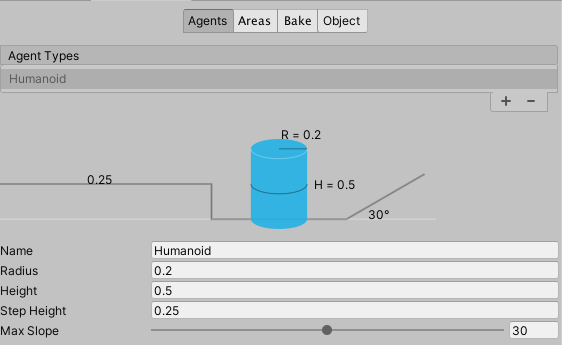 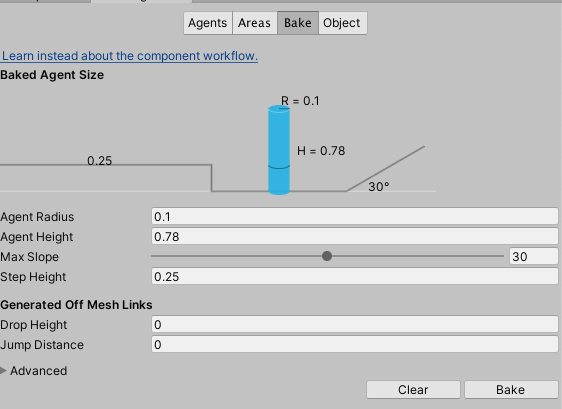 Add world space canvas to the enemy prefab, and change the fill account by the health point of the enemy.

If health equals 0, play the dying animation and destroy the object after the animation.

And the boss health bar will use the camera space, and is located at the top left of the screen. It will be activated when the boss is generated.

If we just set the canvas as a sub object of the enemy, the health bar will rotate with the enemy. We want it always face to our camera, so we add a script to dynamically detect the rotation and make sure the health bar is perfectly displayed.

Using a BFS based searching method. Each generation step randomly choose one direction to add a new moveable cell or a wall to block the passage.

Trace the number of wall of one cell, make sure each cell should not be isolated.

We use collision detection on the weapon model to check the attack. If the weapon hits the enemy, it will have an collision event.

Add collision trigger on the weapon. Using onTriggerStay to check the attack the collision for the enemy with a delay have the best performance. Because sometimes enter and leave will not occur at the same time as the animation event change the attacking stats. So trigger the attack count and then delay the next attack until current animation is finish will be the best.

We should add additional box collider to check the attack. Because of the NaveMesh, some times the Weapon may not really attack on the enemy model, so a little bigger hit box should be added. This will improve the use experience.

Because all the object in our game is dynamically generated, traditional NavMesh creation is not fit for our game. Thus, I use dynamic way to create Navmesh. Specifically, I use the NavMesh Component provided by Unity to achieve this.(link: https://github.com/Unity-Technologies/NavMeshComponents). In our game, the navmesh baker just like other Prefab. When the game open, the game map(maze) randomly generated and the NavMesh will according to the current map to bake the mesh

Note that, there totally have three different trash type in the trash pool(trash_type_list). When the game starts, the system will randomly select three of these three types of monsters as the trash in the game, where in different game, the trash are different.

There has two background sound in the game, when the main character in the maze, the game will play relatively soothing background music.

However, when the main character entered the boss room, the concert became relatively intense in order to give the player a sense of tension.

Moreover, when boss room opened, it will have sound effect to describe it.

When the main character kill boss, the background music will change to victory music.

What kind of game?

We would like to develop a 3d roguelike game. Players will take adventure in a randomly generated dungeon. The dungeon will have different rooms with different mechanism to unlock the next level. Different creeps which will drop random item, skills and equipment. It will much like a combination of The Binding of Isaac and Risk of Rain 2. The action mode in the risk of rain will provide stronger hitting feelings. The random room skill and boss generation is the key feature in roguelike game. 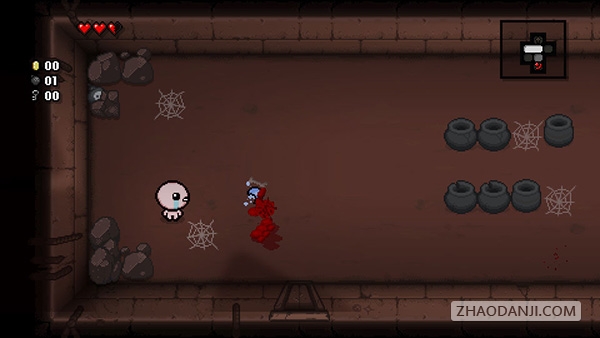 Screenshot of The Binding of Isaac from zhaodanji.com 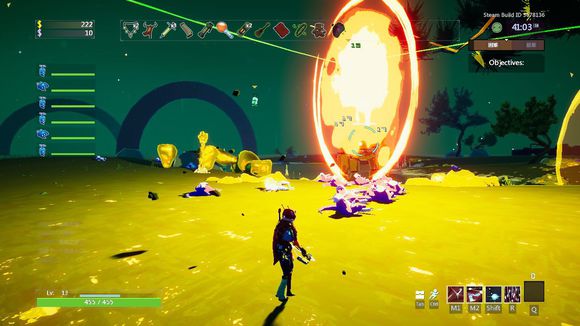 Screenshot of Risk of Rain 2 from gamesky.com

The Control and UI

We develop the game for PC and Mac OS platform and player will control the avatar with keyboard and mouse. The control system will much like prevalent action game, using mouse to control direction and basic attack, using keyboard to spell abilities and move. The game UI will show the HP and some more character information related to the game mechanism, we will make it detail in later update.

We don’t want players farm creeps a lot and make the game mechanism have no challenge. So we want to develop a system to push player forward. It may related to the time like the blood moon mechanism in Zelda: Breath of the Wild. Typically the creeps and bosses will become more strong and fierce as the time passes. But I think it is not the best solution to balance the progress and farm parts of the game. So after finish main game mechanisms we will consider it again and choose one we preferred.

Since I (Zhongyue Ren) have implemented the base of random dungeon generation algorithm in maze game, we will focus on the scene build scripts. It will related to the game system, different kind of room, different kind of creeps and bosses. And the specific movement of creeps and bosses, we will develop it together, each person responsible for some creeps and bosses I think, and also responsible for the animation of the corresponding objects. We have not decided to use any third-party assert now. Once decide to use it, we will update the information on our website

We have online meetings every two-three days to confirm the progress through Zoom.

Show all projects by mwfj