OmniLantern is a novel lantern-like projector-camera system, which is calibration-free and can be carried anywhere. Currently, multiple projector-camera systems are widely used for enhancing users’ experience. However, the existing system has to be calibrated and once the system is calibrated the whole system can not be moved. That’s why we propose OmniLantern, which aims to calibration-free and present all-directions projection wherever users want.

Users could enjoy the projection while they are walking, or they could switch on the projector after placing OmniLantern. A 180-degree omnidirectional lens is used for solving the calibration problem. AR code markers made by retroreflective material is used for positioning. Our system could be widely used for navigation, sharing information, room augmentation or escape in an emergency. Also, face detection is used for solving the dizziness while users are looking at the projector. And a lampshade with touching interactions improves the functionality of OmniLantern. 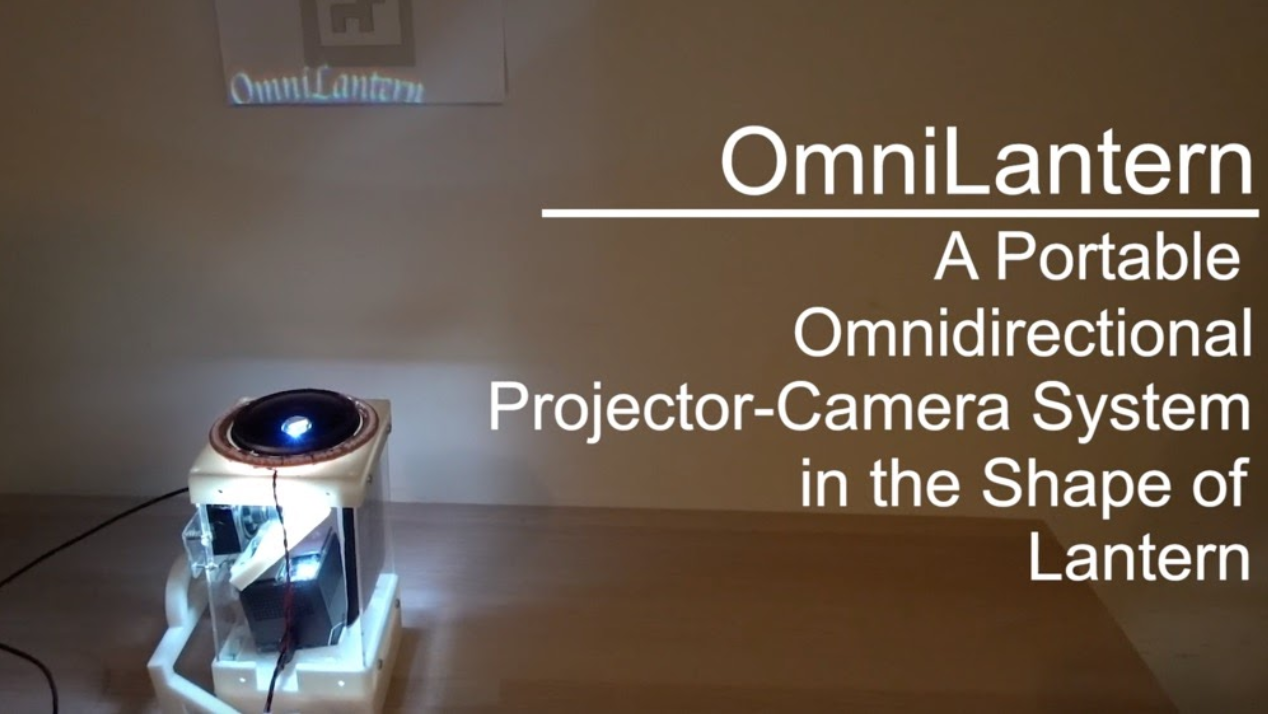 You can watch the introducation of OmniLantern here ↓

Only back up the scripts parts now

Show all projects by Avatarchik