A space battle simulation, based around Unity ECS framework 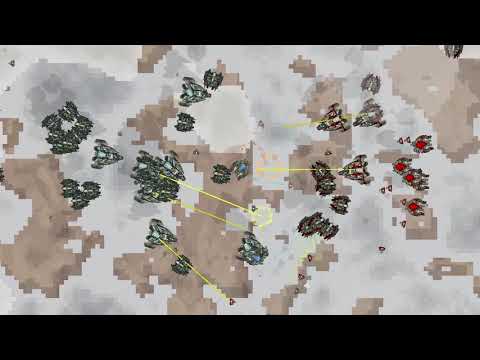 A video of an infinite battle can be seen here.

Suggestions of what to look at:

A word of caution!

This project was originally started as a way for me to practice programming in the ECS (Entity-Component-System) style, back when the Unity Entities package was still very young. Since it began, there have been substantial changes to both the Unity Entities API and what is considered best practice. I’ve made an effort to keep things updated when I can, but given my finite amount of free time there will invariably be some places which are in need of work. So, by all means take inspiration from it, but bear in mind there may be a better way to do some things!

Some of the sprites are made by me, but the good looking ones were taken from here where they are accredited to Wuhu.

Show all projects by ElliotB256