You can find the entirety of the research proposal in the GitHub folder. It outlines my inspiration, process, timeline, and expected outcomes of this project.

During this week, I researched the possible resources that would aid in helping me create procedurally generated planets. I’m currently looking at two game engines: Unity and Unreal Engine 4. The engine which has more resources for this research project will likely be the engine I will use for the remainder of the project.

Because the present research that has been conducted on procedurally generated planets, especially on the low-poly style that I desire, is mostly found utilizing the Unity engine, I plan to use Unity in the remainder of the project. By making this decision, I am trying to streamline the process. I am trying to make the deadline of the project along with ease the learning curve that comes with game development. I created the Unity project (on version 2019.3.15f) and I chose to the Universal Render Pipeline because I wanted to the project to be viewable by a large audience. I plan on deploying to both web and desktop so by keeping that in mind, I knew the extra features of the High Definition Render Pipeline were unnecessary. I have also watched and outlined the keypoints and concepts from the videos. I will review these during Week 2 when implementing the procedurally generated planets. I hope to combine the work of Lague and Winslow to expand the low-poly planet to have differnt biomes and assign different environmental values to each region.

During Week 2 I began implementing the systems for procedurally generated planets. I mainly followed Peter Winslow’s tutorial to achieve the look. I fixed some bugs because the tutorial was a little outdated, also meaning that I could use the desired render pipeline.

Here is a picture of the progress with procedurally generated planets: 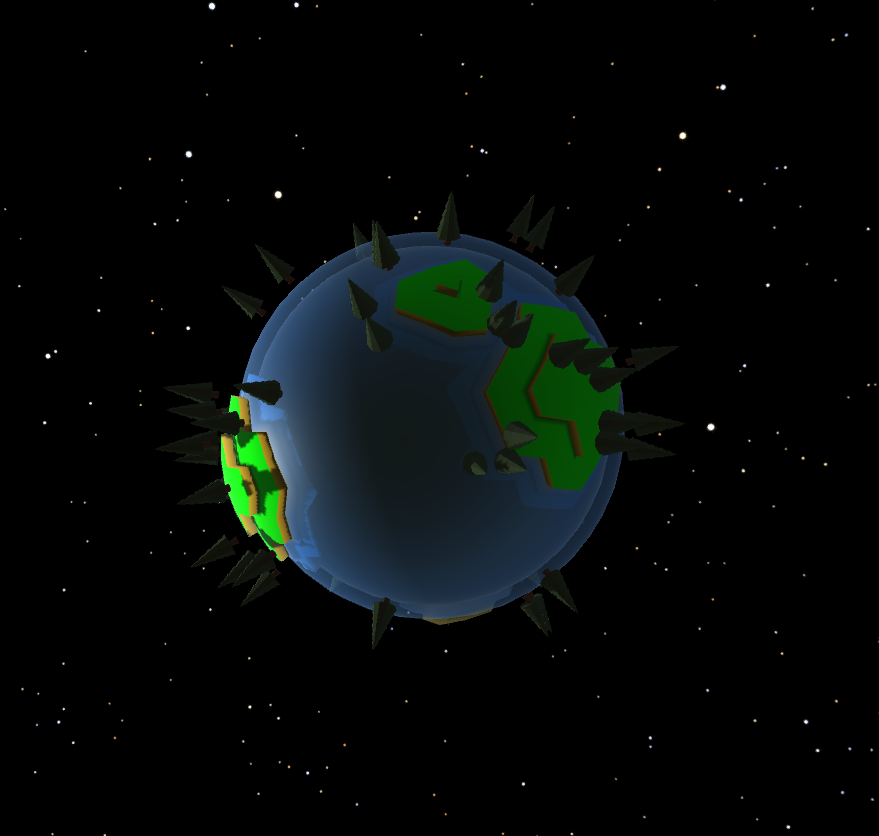 However, there is a limitation to Winslow’s method. Further subdivisions of the planet consume large amounts of memory, to the point where 4 subdivisions would prevent the project from being run using WebGL. That means that finer levels of detail would be unachievable because the scale would be too small. I am considering this limitation in the future. At this point I felt like I had a good basis on having a procedurally generated planet, now I started my research early to find a way to incorporate an ecosystem.

Lague linked his codebase for the project, but it remains largely unfinished; even less finished than what the video shows. I downloaded it and I have been experimenting with the ecosystem. It uses a procedurally generated tiled map and a coordinate system in order to map the entities. This is slightly off track with the planets; but I might restructure the project so that the focus of it is on the ecosystem; because that is the bulk of it. Were I to try to combine the two; I would have to find a way to map a coordinate system to a sphere and that might prove challenging. I believe that making the ecosystem very depthful and extending the terrain procedural generation may be the best way to take this research project.

Here are the most significant changes I made:

Here is a snapshot of my progress so far: 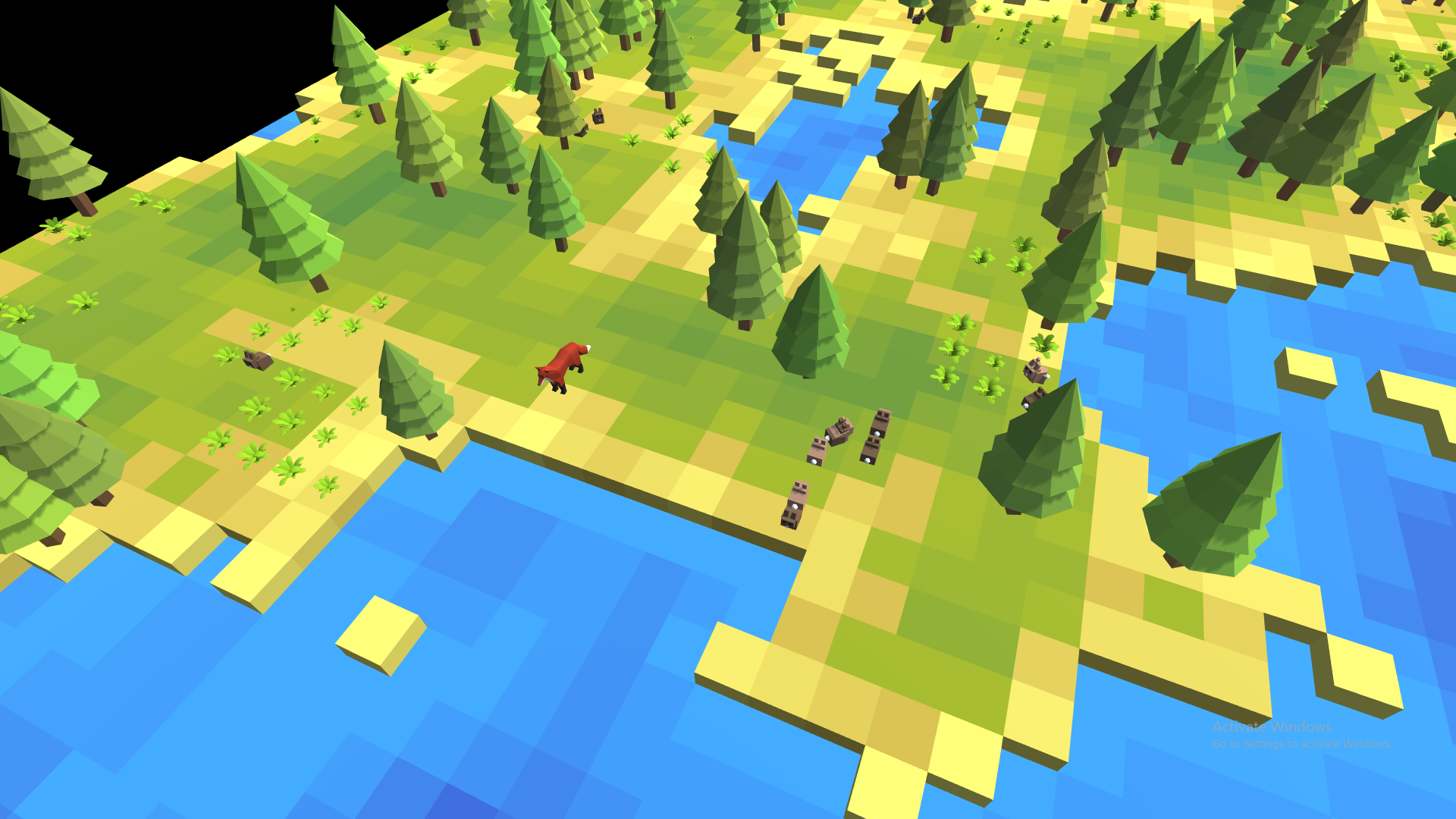 You can also play the release 0.6 to see it in action.

I found a YouTube channel, Primer, that deals with the concepts behind simulating evolution and many other factors that go in to organism and life. Some of their resources are coded in python, so I may be able to have a better understanding and model similar situation in my research project.

In week 4, I plan on implementing the majority of the genetics. I plan on having genes that control speed, hunger, vision range, etc. I hope to set up an architecture that will allow for new genes to be added seamlessly.

In primer’s video, “Simulating Natural Selection,” they define a set of rules for the ecosystem; they have genes that control speed, energy efficieny, and sense range. I hope to incorporate the same cahracteristics in the animals in my ecosystem. It’s also interesting how Primer graphs their simulation data over time. I hope to do this with assets in Unity. While we are trying to model population evolution in the ecosystem, the genetic makeup is simplified so that it’s not necessarily realistic, but it can have insights in to the real world. Primer defines a “gene” as the unit of natural selection. Primer also covers different gene types, such as selfish genes of altruism. I might implement altruism but not inclusive fitness, but rather kin altruism which is more common in nature. Additionally, Primer also discusses “the Evolution of Aggression,” which I might implement once both foxes and bunnies have been completed.

Show all projects by minhd-vu