It started as a project to learn Unity on my own, but it turned into a game. The code is in C# inside the Assets/Scripts folder, but the project also includes the rest of the files necessary for you to do what you want with the game in Unity (look at the license if you have doubts).

I apologize in advance that I have built the game using nomenclature in Spanish instead of English.

What is the game about?

It’s a simulator to build a city inspired by games like Sim City or Cities Skylines, more information in my web.

The game is available on Steam for Windows, Mac and Linux. 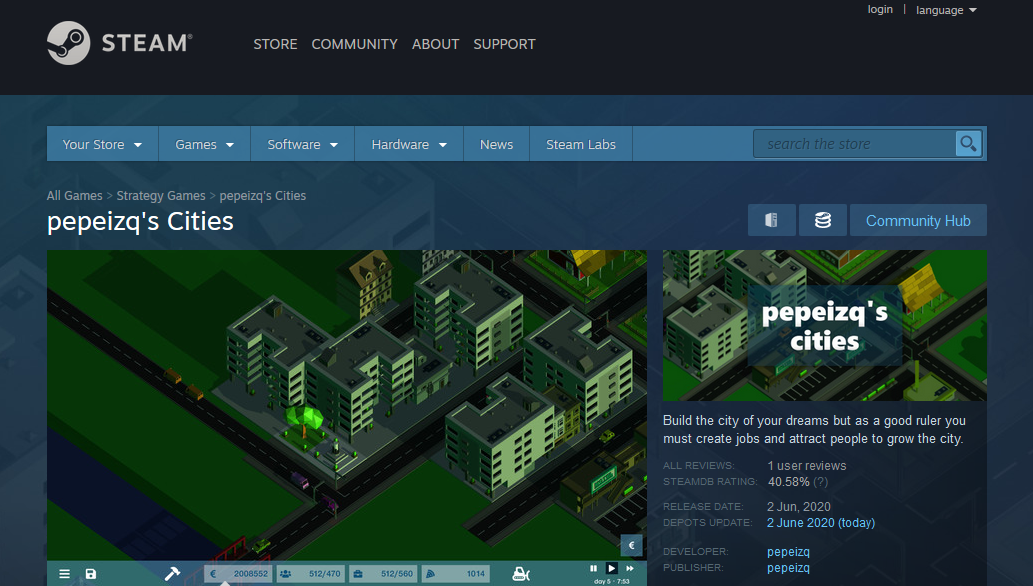 Show all projects by pepeizq