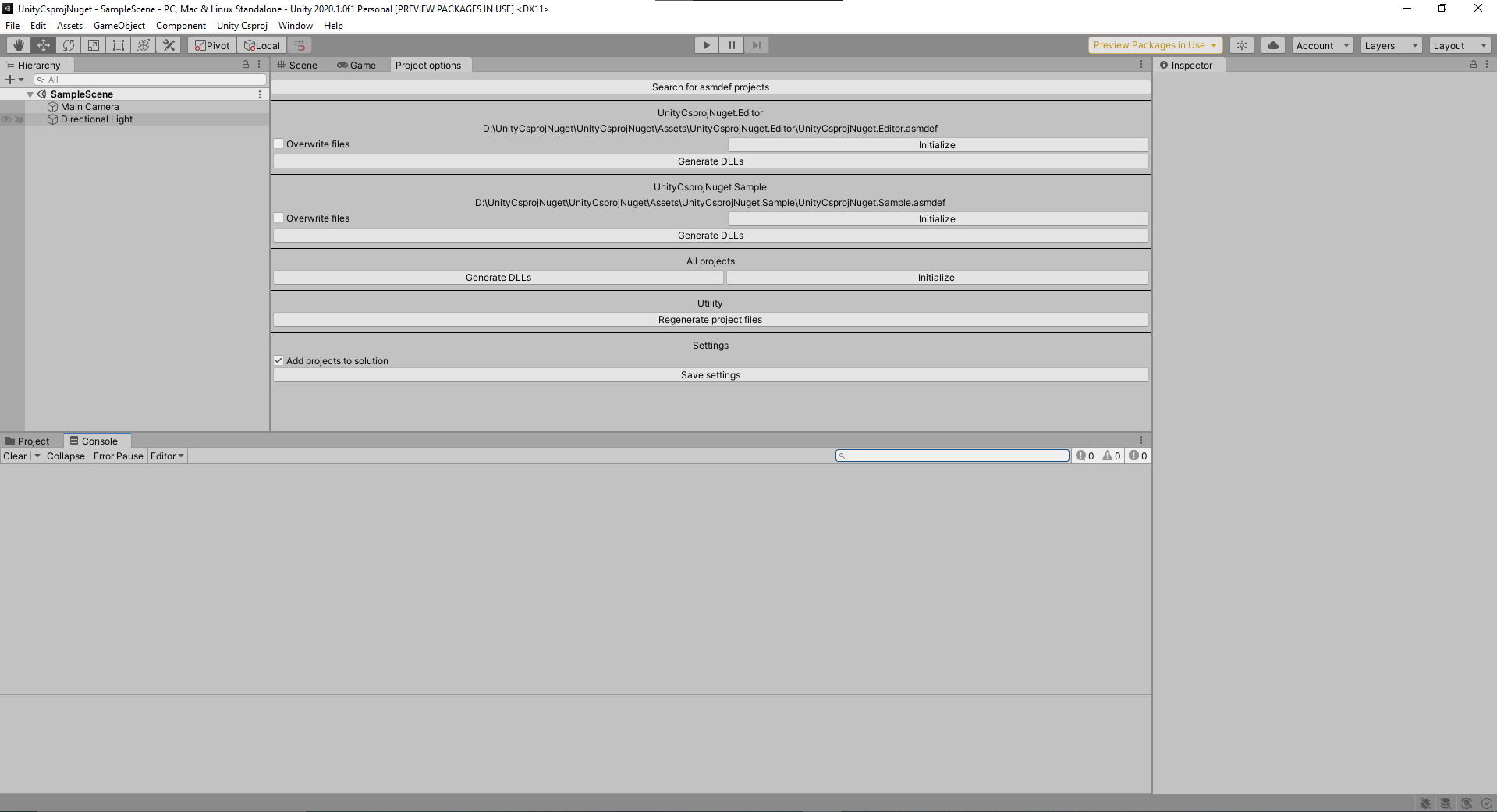 The editor utility can be started from the Unity Csproj / Open window menu item.

The project assumes that you are using asmdef in your project in a structure:

This might change in the future, but right now it is a recommended pattern nevertheless.

Why this and not NugetForUnity

Although NugetForUnity is a great project, it has several constraints:

The main idea is this blog post I wrote a while back. We are creating a .net framework project which we will use to generate the needed dlls, and then let Unity discover them. This project builds on that concepts, and automates the creation of the needed project file.

Show all projects by KuraiAndras