A Zelda-esque 2D Action RPG game built by three Oregon State University students in 10 weeks from the ground up.

The Legend of Z

This game was built as a final project for Oregon State University CS 419 - Software Projects. It was built by Ellard Gerritsen van der Hoop @Ellard24, Michael Hueter @hueter, and Peter Murphy @murphpet. None of us had any game development experience.

We built this in 10 weeks (from September to December 2016) using Unity3d. The scripts are all written in C#.

We used free online assets. We don’t own any of the assets, so we did not include them in this demo repository. We just included our (often times horrible hacky) C# scripts. We wanted to give other people ideas so they could build off ours and make better games.

Here are the sources of most our assets:

Download the zip of your choice under Releases in this repo.

Map of the Game 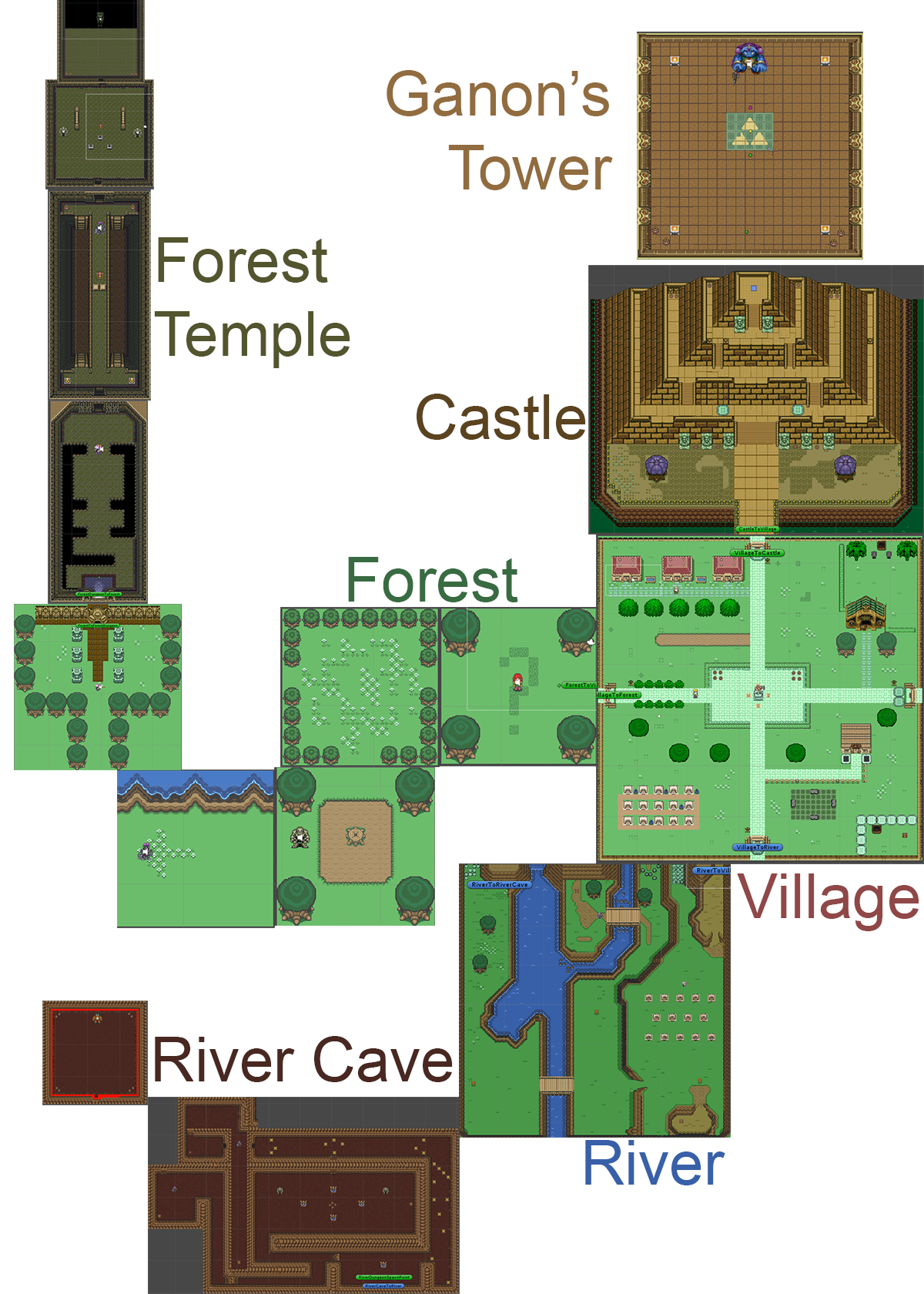 I suck at legalese but here we go anyway.

We do not own nor claim to own any of the Zelda or other game trademarks or copyrights. This is a an educational experiment of making a Zelda clone using free online assets. We will never sell or attempt to profit from distributing any of this content. This was just a fun way for us to wrap up college.

Show all projects by hueter