Build your own Shifty - and haptically feel the weight and transformations of objects in VR!

This repository allows you to build your own Shifty - a weight-shifting dynamic passiv haptic proxy for virtual reality!

Shifty, as introduced in our TVCG paper Shifty: A Weight-Shifting Dynamic Passive Haptic Proxy to Enhance Object Perception in Virtual Reality is a weight-shifting VR controller that allows you to better feel the weight of virtual objects and transformations of them. For this, it shifts an internal mass while you interact with virtual objects in VR. Using appropriate visualizations in the virtual environment in synchronization with Shifty’s changes in mass distribution (and thus the felt moment of inertia and lever arm), allows for immersive haptic experiences in VR.

For more information on its haptic effect, the scientific background and user study results, please take a look at the paper. Shifty was presented at the IEEE Virtual Reality Conference 2017 in Los Angeles. To get a first impression, the corresponding video is probably a good starting point.

This repository contains the files, source code and information you need to make your own Shifty prototype.

You will probably need the following parts to build the prototype:

Additionally, to make the weight and the Vive Tracker mount, you will need access to a 3D printer (we used an Ultimaker 2+; PLA) and to laser-cut the box, access to a laser cutter.

We used the ESP8266 module with AT version 0.18 - as it works with the WeeESP8266 Arduino library. For this to work, you need the corresponding firmware running on your ESP module. To flash the firmware on the module, you can use the esptool and follow this video. A working firmware to flash can be found here (click V0.9.2.4). 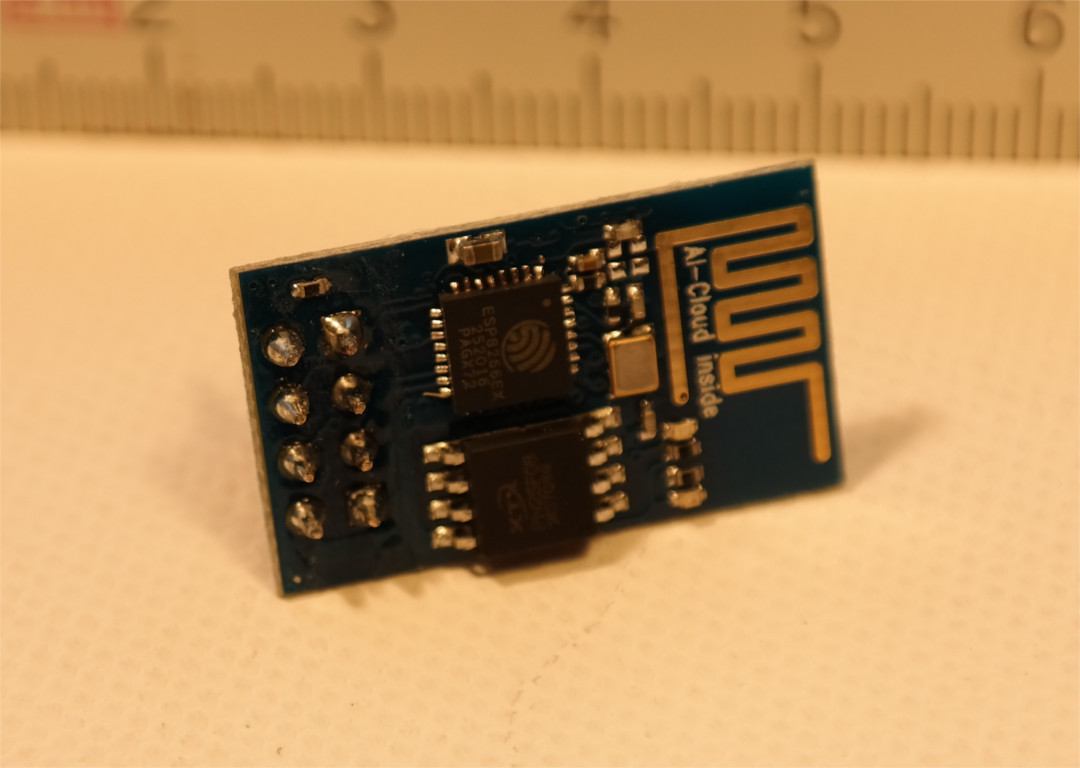 Having all required parts ready, you can build the prototype: 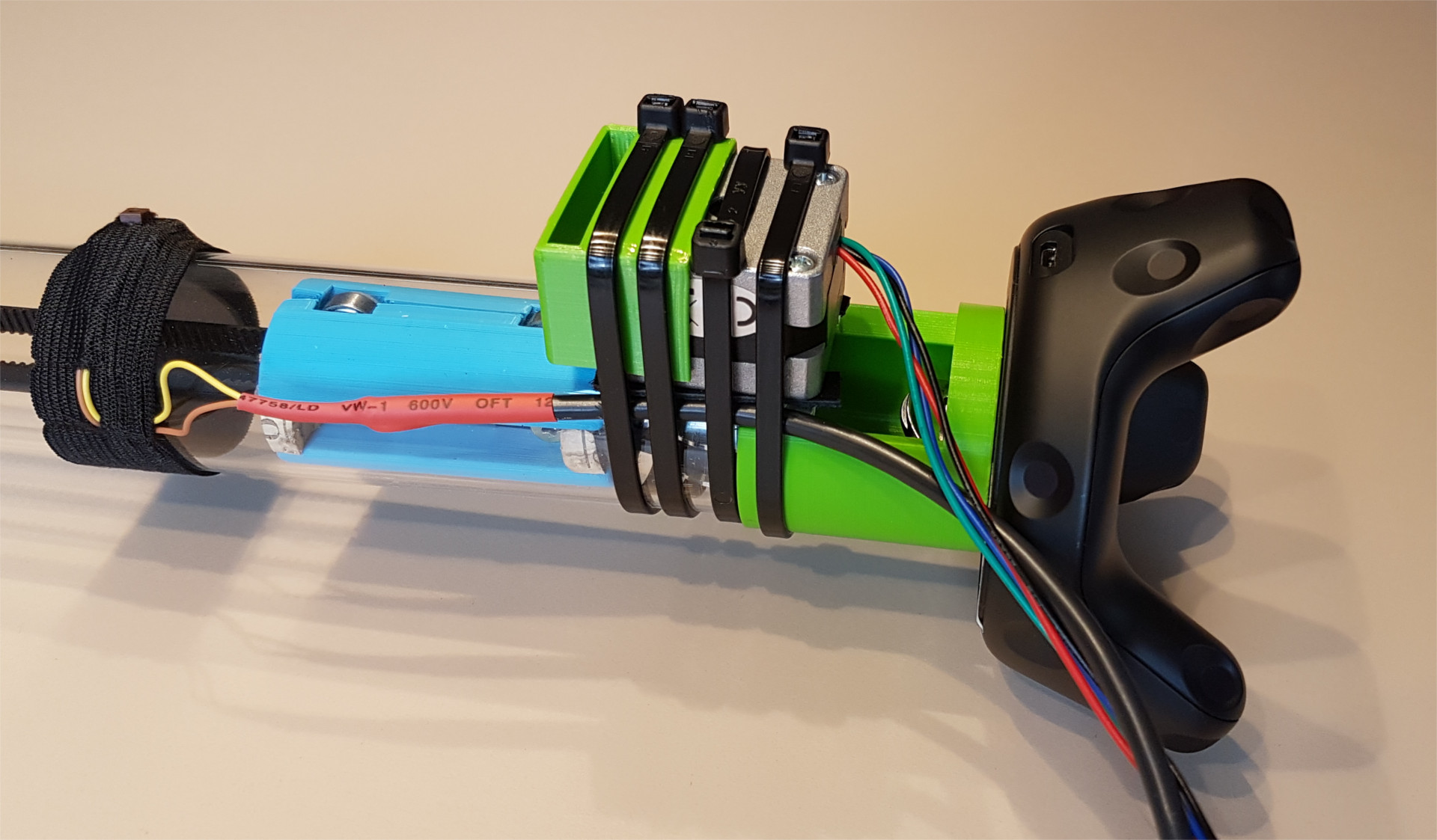 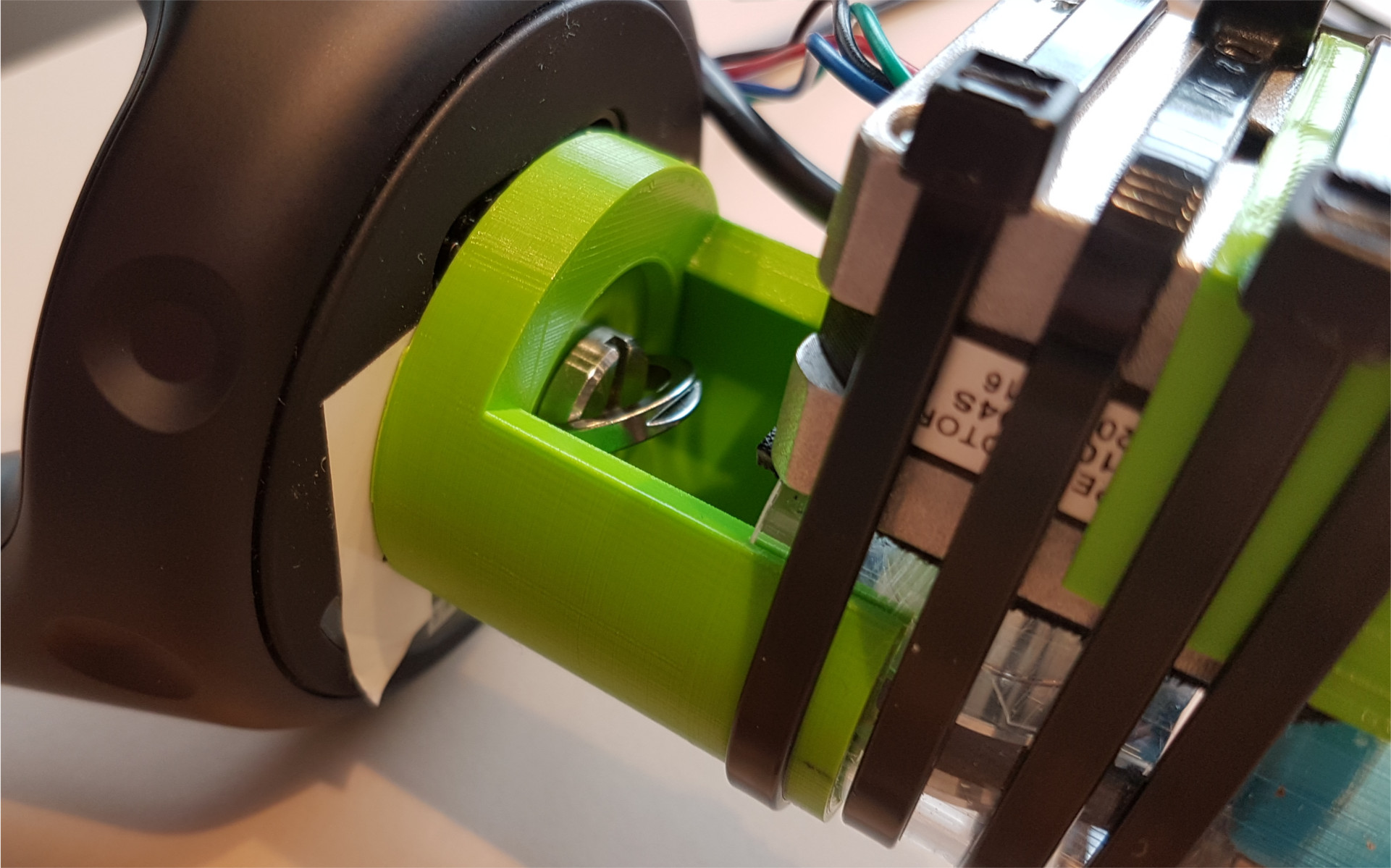 2. As the motor can become very hot, you should use a heat shield to prevent burning your hand when touching the motor while in VR. For this, you can 3D print the heat shield file and fix it on the motor with additional cable ties. 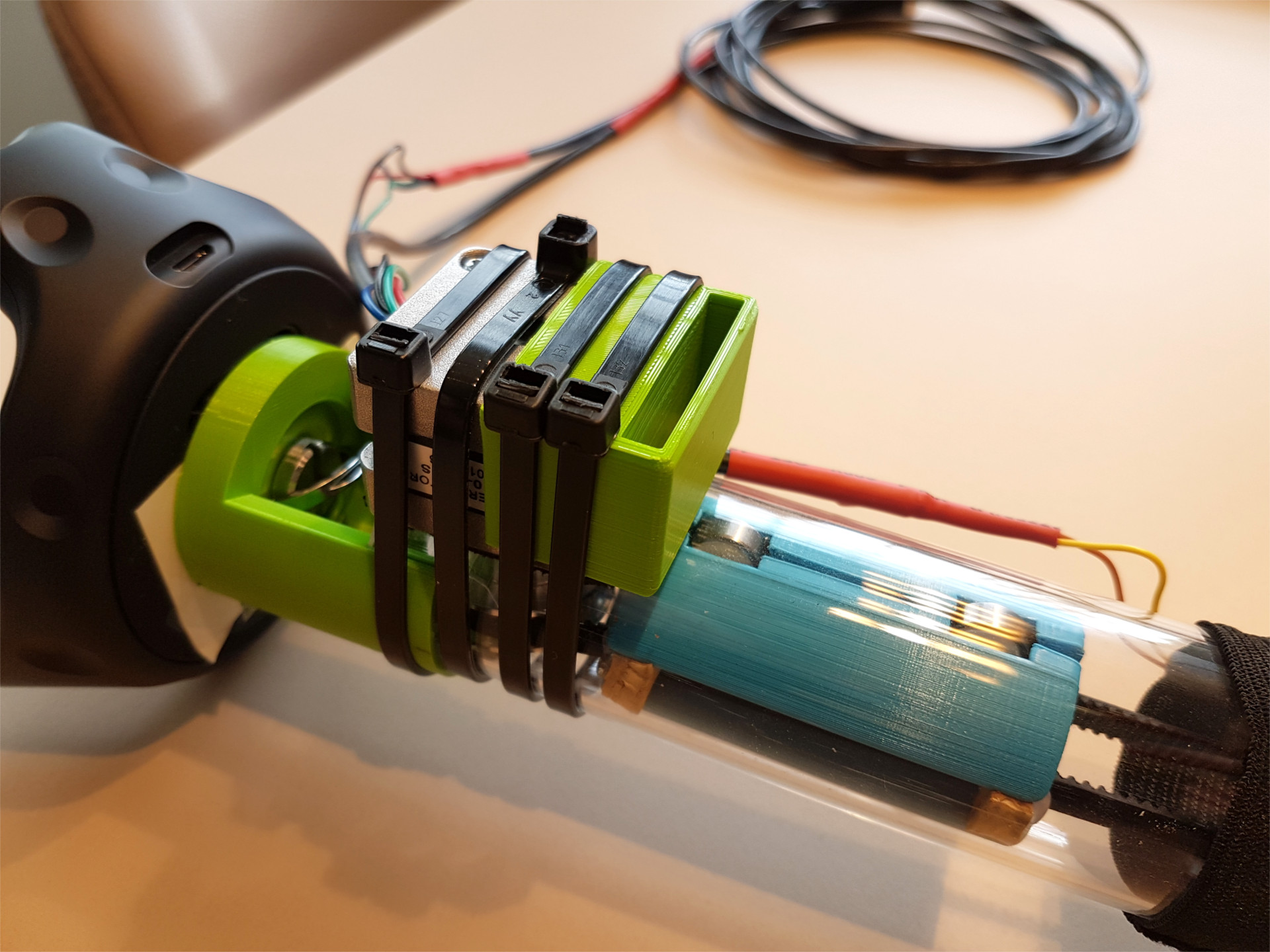 Use the ProxyControlAPI to connect to Shifty, to pass commands and to read the button states. The library currently builds a .dll file containing the API functions. See the Unity Example, and especially the corresponding ExampleProxyConnection.cs script, as well as the functions offered by the API defined in ProxyControlAPI.cs, for examples and reference.

To test your prototype, you can build and use the small ProxyControlAPI-Console tool that allows you to send commands manually in order to test your device.

Before use, please see the LICENSE for copyright and license details.

Show all projects by AndreZenner