The Delft AI Toolkit (DAI-TK) is a system for designing and researching smart things. It provides a visual authoring environment that simplifies the use of machine learning, cognitive APIs, and other AI approaches. The node-and-connection visual graphs combine the advantages of behavior trees and dataflow models to create smart behavior in autonomous devices.

In addition, it encourages design strategies that start with simulation and smoothly progress toward a working prototypes of machine learning and hardware. 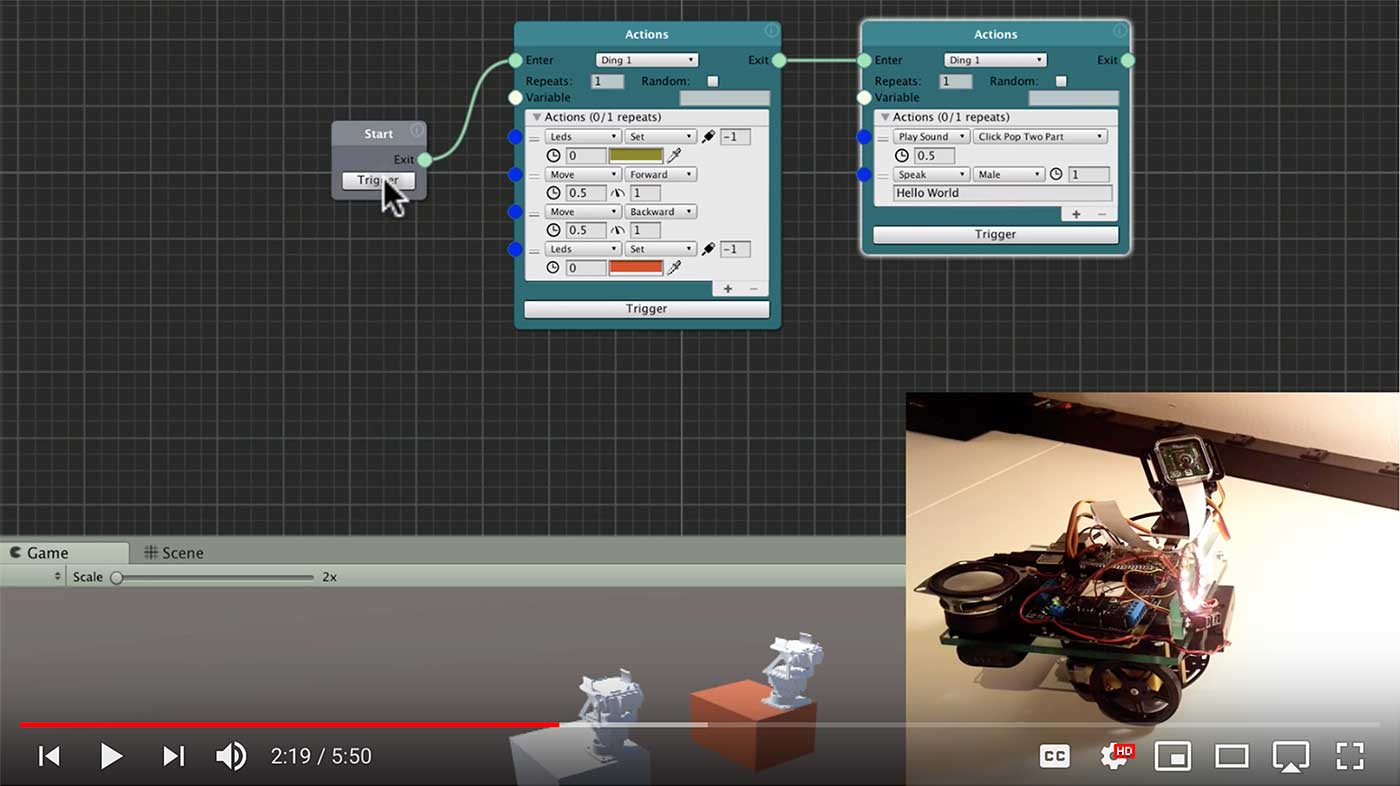 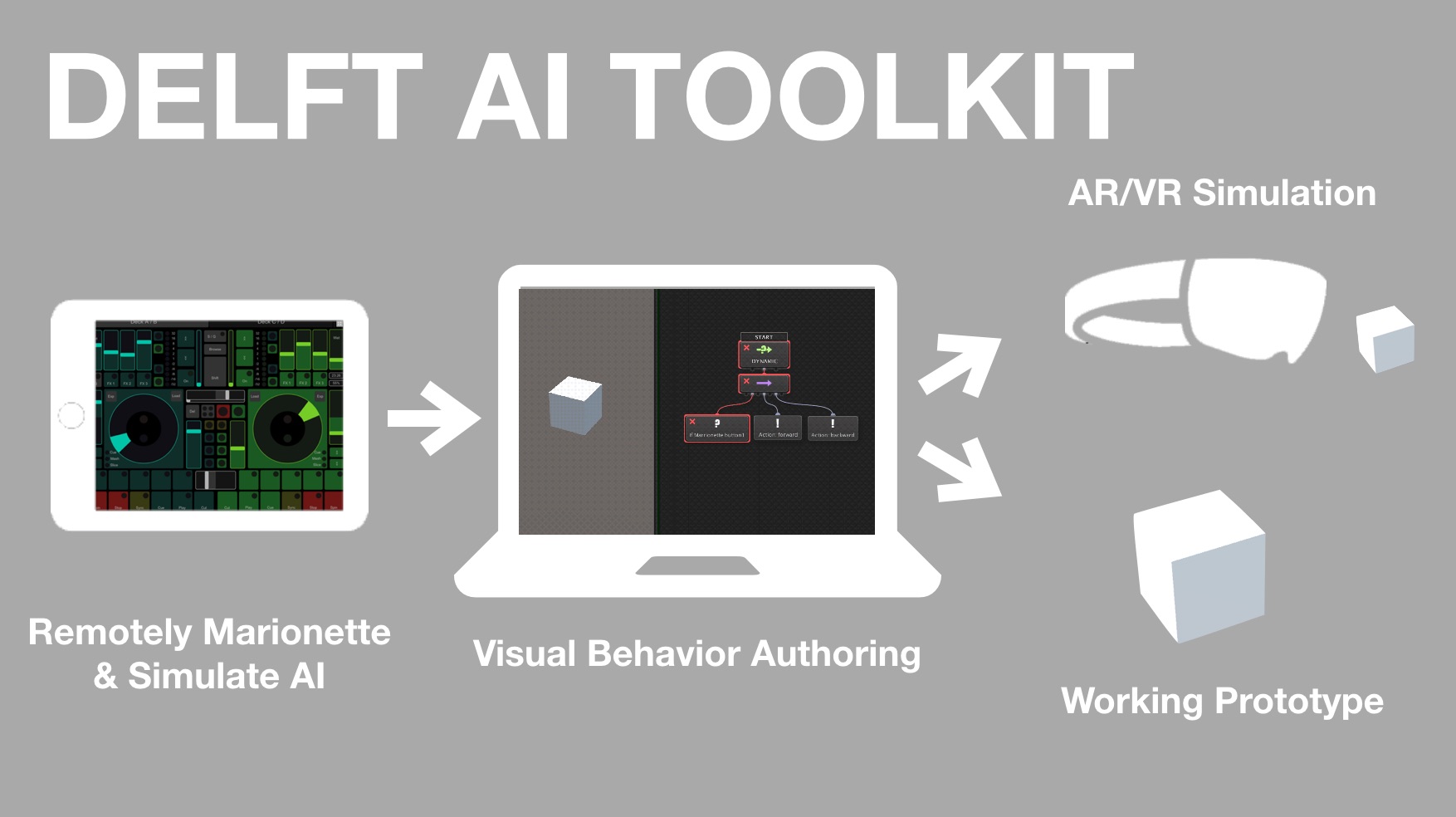 The goal of this project is to develop an approach to authoring AI that enables designers to easily and iteratively prototype smart things. This approach includes the ability to Wizard-of-Oz AI behaviors and simulate physical hardware in 3D, and then migrate these simulations to working prototypes that use machine learning and real hardware.

Each of these has a codebase, and includes a range of open source libraries.

This system also uses xNode, which is being enhanced by Siccity as part of this project. 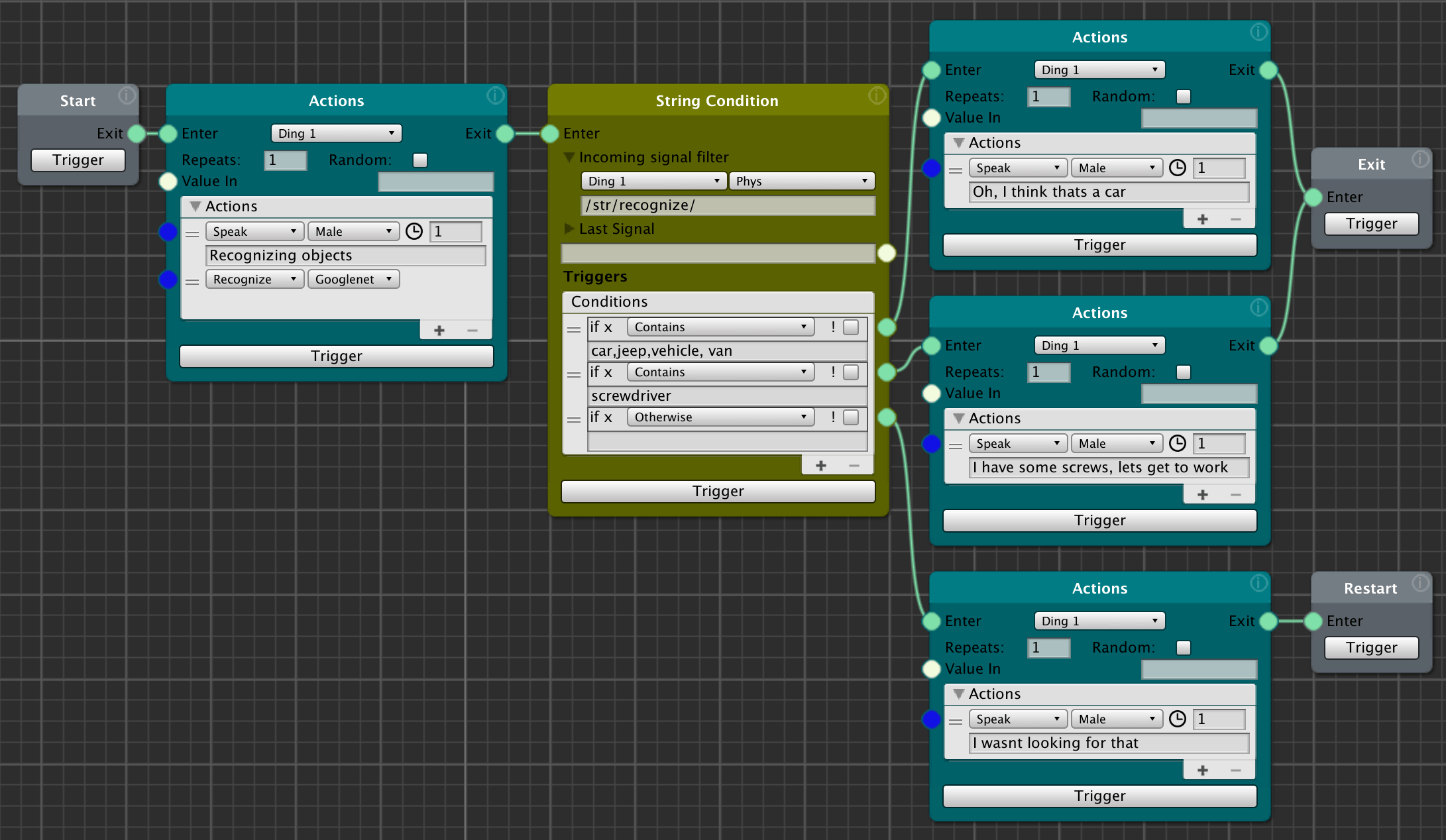 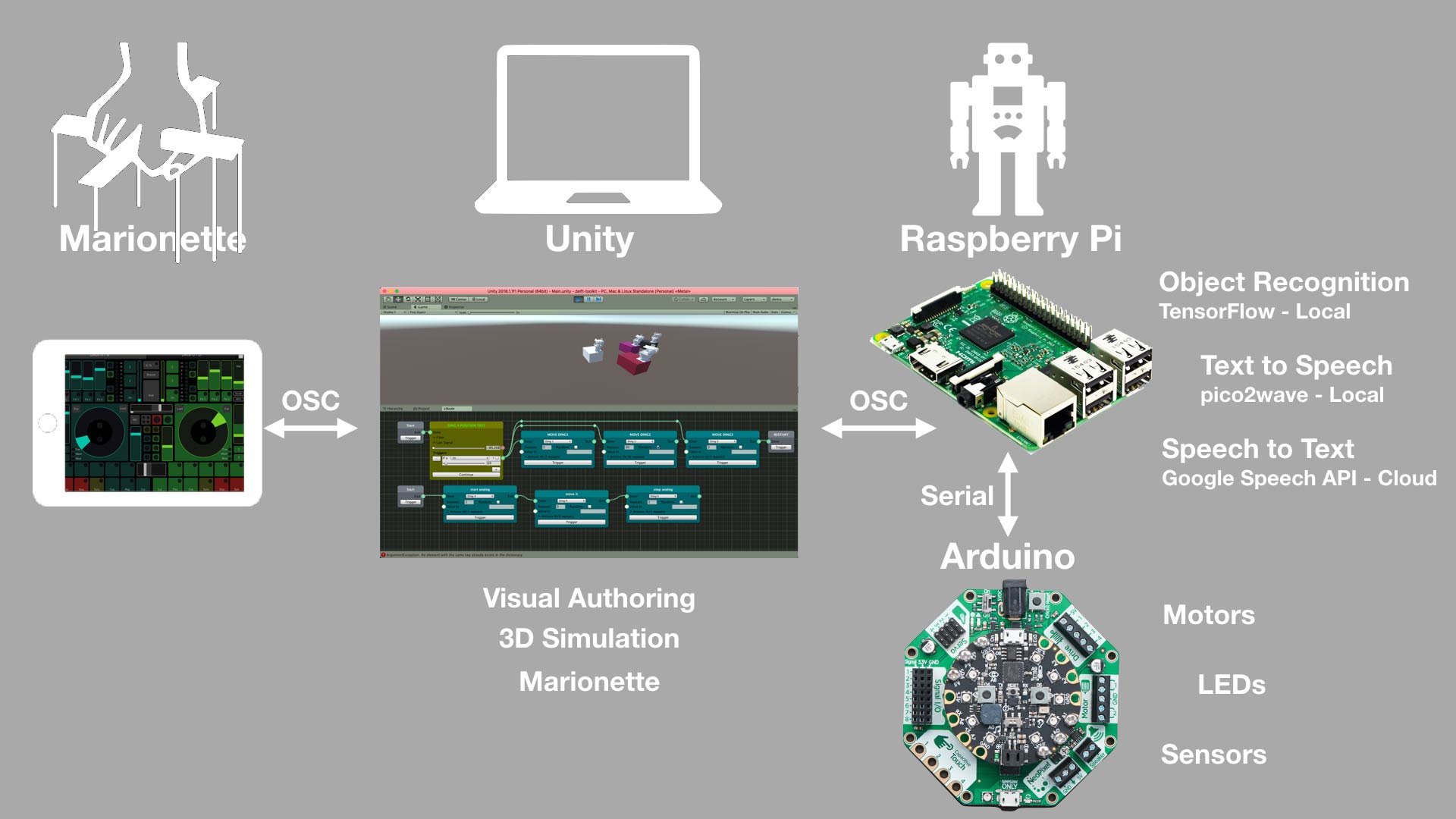 The physical robot is currently based on a simple robot platform from Adafruit, combined with a Raspberry Pi to perform the local edge AI, local text-to-speech, and make use of cloud APIs. The RPi talks over serial to an Arduino with a motor hat for the DC motors and Servos. The robot RPi communicates with Unity on the computer with the OSC network protocol.

Note: The next hardware version planned will eliminate the Arduino and replace it with the Adafruit Crickit Hat for the RPi. This will simplify hardware and software, and make a more compact robot.

More details on the hardware. 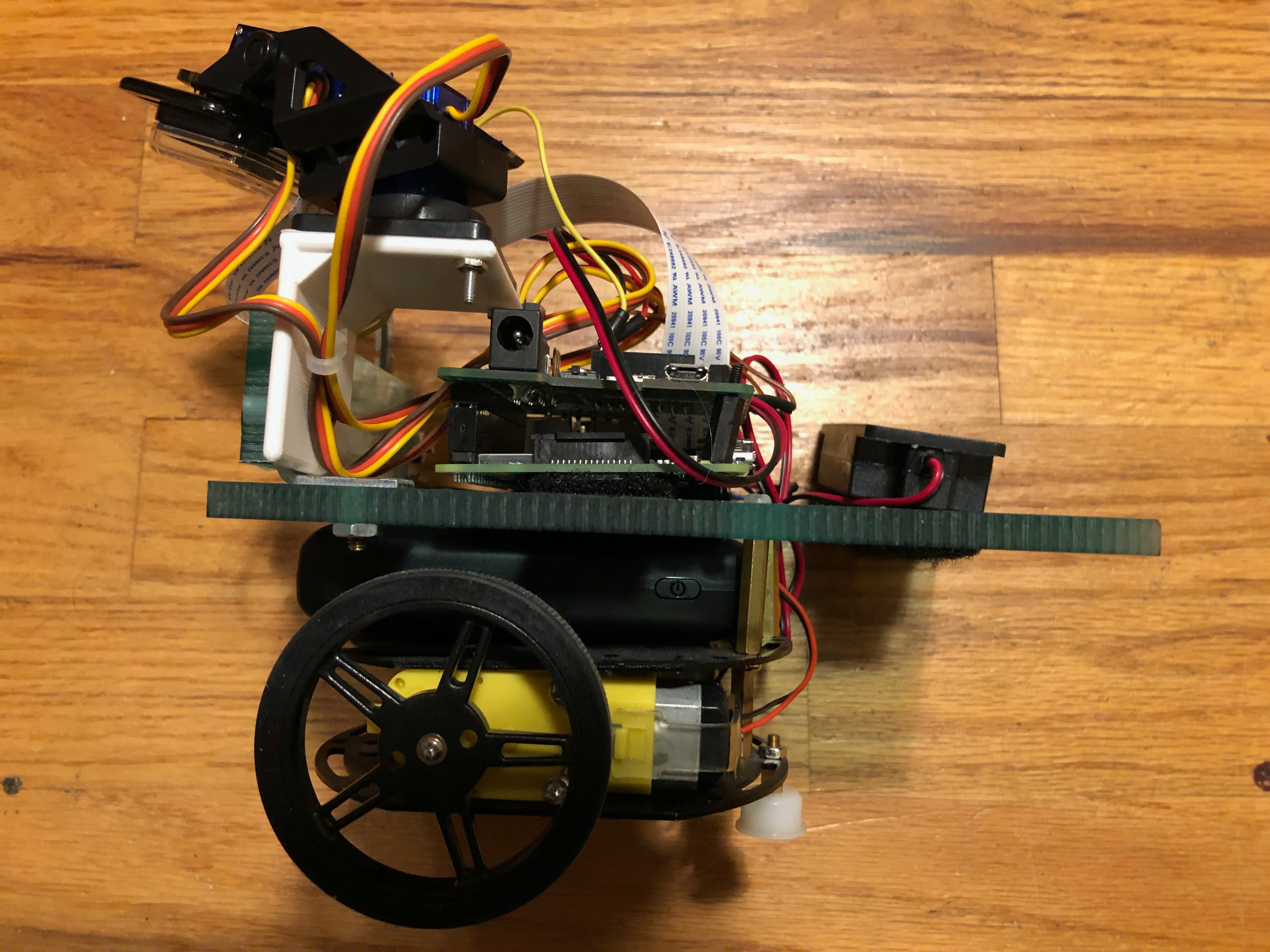 Starting the System Up

Show all projects by pvanallen