TrueWalk is a motion planning and gait generation system for controlling virtual and real-world multi-legged robots. This repository is for the Unity simulator version, that can also control tethered robots over serial.

TrueWalk is a motion planning and gait generation system for controlling virtual and real-world multi-legged robots. This repository is for the Unity simulator version of the system (currently the only version). Built in Unity version 2018.2.18f1.

This presents my latest efforts to create a walking algorithm that is both powerful enough to produce dynamic motion of statically-stable walking robots and light-weight enough to be portable over to real hardware in the future. 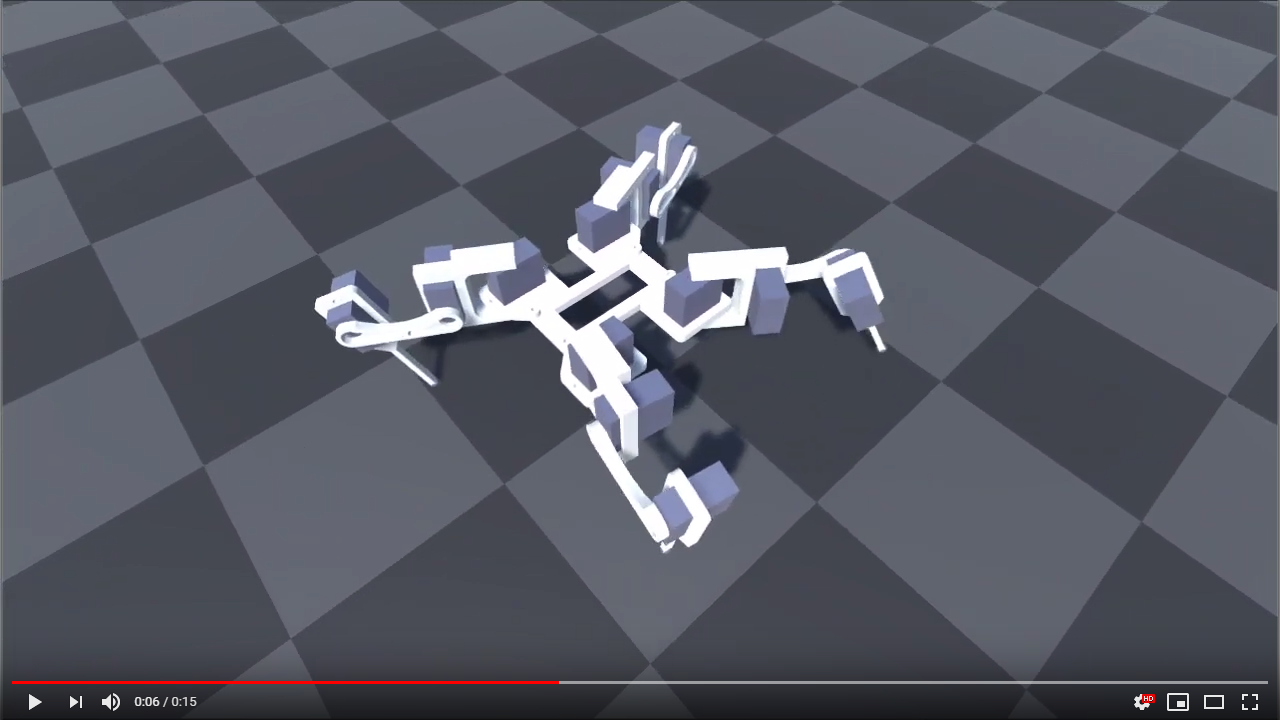 My initial exploration of walking algorithms was around 15 years ago when I created the TrueWalkScript for the video game Total Annihilation. In that game “bots” play animations as they move around to give the illusion of walking. This was fine for the base game but as the modding community created ever bigger bots this illusion broke down, requiring a more advanced system that would accurately position the legs whilst the bot moved, but also be able to handle sudden direction changes. Below are two examples from the game that use the TrueWalkScript.

(These gifs were created by and used with the permission of ArmouredFish to demonstrate their Robot War Engine).

Since this script I have explored walking algorithms in different settings, such as a C# XNA simulator I wrote 10 years ago, and a custom arduino-based Hexapod walker I built 5 years ago. 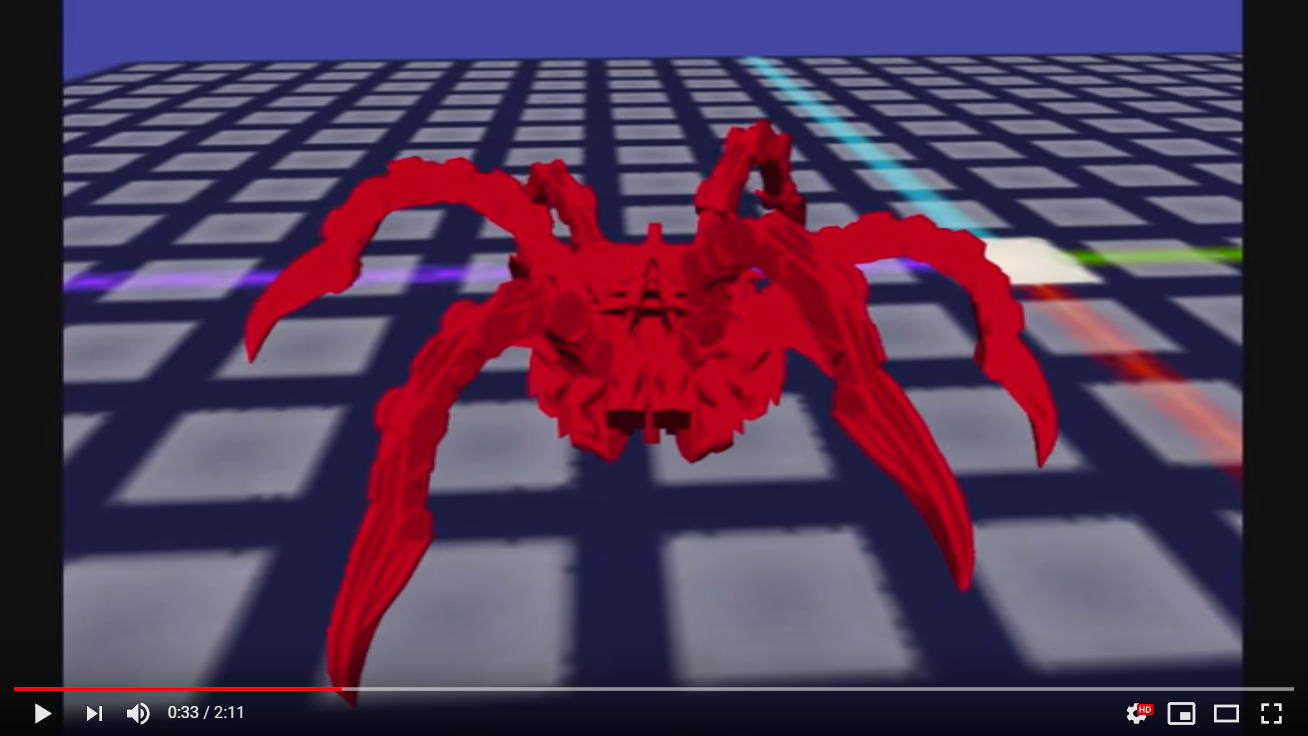 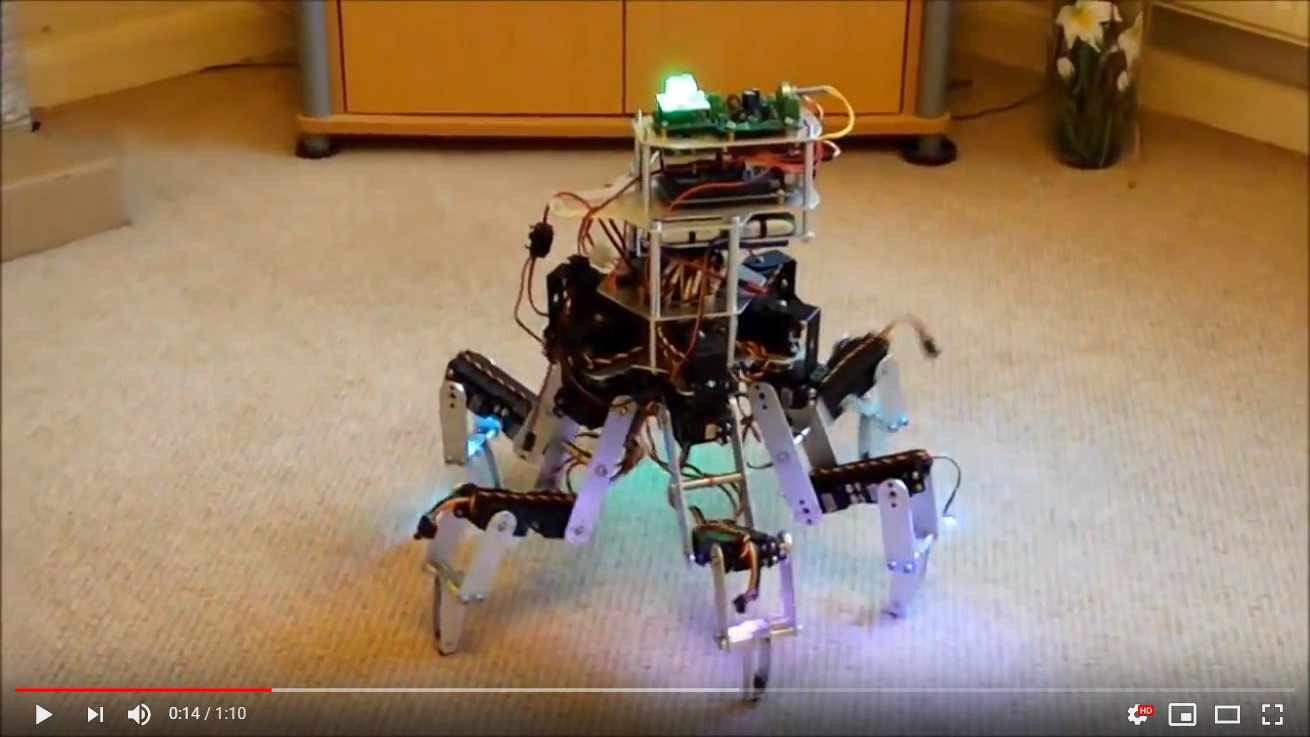 Show all projects by ZodiusInfuser