How do you optimize compile time? Read This!

Clone the git repository and add the CompileTimeTracker folder to your Unity project.

Alternatively, this repository can be installed via the Unity Package Manager. Add the following under dependencies in your project’s manifest.json:

Tested on Unity 5.0.0 and above. Might work on Unity 4, but haven’t checked it out yet.

It also attempts to detect errors by comparing the number of error logs before compiling + after compiling, but it’s not completely accurate as some code will cause errors logs during [InitializeOnLoad] or OnValidate calls. 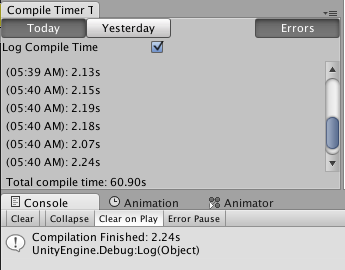 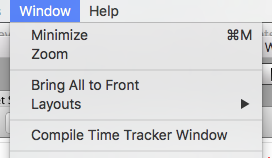 Show all projects by DarrenTsung