This library wraps Physics.XCast and Physics.OverlapX methods into MonoBehavior, and acts like a configurable sensor. With that, you can write logic that is less focused on ray casting logic, and more on reaction when ray hit something.

Nearly all of sensor parameters are actually Cast/Overlap method parameters, so i think if you need documentation for those, you can easily read detailed info in Unity Documentation. However, there is unique parameters:

Gizmo is visible only on selected game objects for peformance reasons 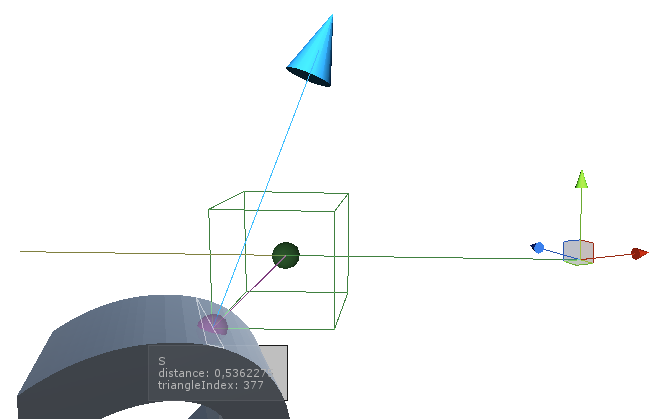 This library is designed to allow faster Cast/Overlap iteration cycles, and give ability to easily swap between sensor types without code modification.

Ray/Capsule casts are absent because they are SphereCast’s special cases. If Radius = 0, Ray cast is used for detection, if Width > 0, Capsule cast is used. Similar logic applies to overlap sensors.

Every inheritance level has logic that allows to work with results independently of sensor type. So, if you just need to check for object prescence, you can use base class - PhysicsSensor just to get basic information about hit (Is detected something, Collider of detected object). With that, you can assign any sensor to that property, and if you need to change from BoxOverlap to SphereCast, you dont even need to modify your sources, you can just swap your sensor.

Sensor is not updated automatically, you need to call UpdateSensor() for that. Here is reasons:

Otherwise, you can just copy files from Assets/Scripts/Runtime to your project.

Show all projects by 3DI70R